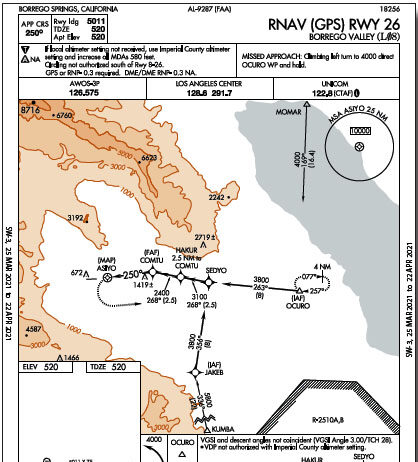 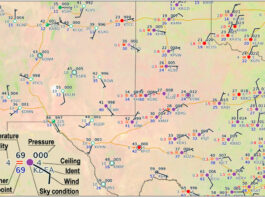 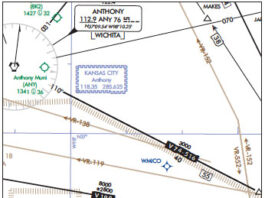 NOT SO EASY AFTER ALL 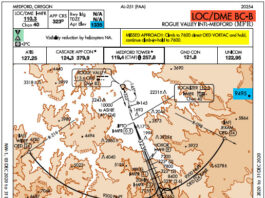 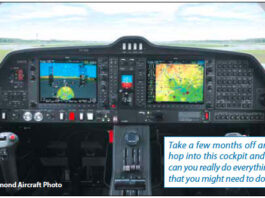 CHARTS & PLATES Elaine Kauh - January 29, 2020
Things are getting busy approaching Trenton, Tennessee, Gibson County (KTGC), even though its not that bad. But the skies are grey enough to make you squint as you enter the overcast. Youve also entered, as youll soon find out, the murky realm of the regs. A cold crust of rime clings to the aluminum and probably the antennas, so youre anxious to get into that toasty hangar at TGC. Worse, the suns going down and the gyros acting up. So any shortcuts (safe and legal, of course) would be great right about now. 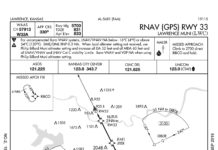 CHARTS & PLATES Elaine Kauh - December 28, 2019
Pop quiz: When must you file an alternate? Thats an easy one, we all know the rule about needing 2000-3 one hour before and after the ETA. Next question: When do you file an alternate? Probably the most common answer is, I always file an alternate. Fair enough, its never a bad idea. Now, regulations aside, why do you file an alternate? Naturally the response is: In the event the weathers gone down too low at the destination and we need somewhere else to go. Right up there is an unexpected loss of equipment or a navaid required for an approach. And while the regs are also designed to provide a backup for lost communications, this often serves as a distant third, cause these days were just not all that worried about that. 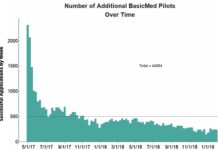 CHARTS & PLATES Luca Bencini-Tibo - October 28, 2019
BasicMed is the result of a legislative initiative that produced Public Law 114-190, the FAA Extension, Safety, and Security Act of 2016, signed into law on July 15, 2016. BasicMed (a term that came later) is found in Section 2307 of the law: Medical Certification of Certain Small Aircraft Pilots. This law directed the Executive Branch, through the FAA, to issue regulations within 180 days to allow pilots to act as PIC under the law. The regulations (new Part 68 and changes to Part 61 & 91) and the term, BasicMed, came into existence when the rules were published in Federal Register on January 11, 2017 and became effective on May 1, 2017. Because the law only addressed pilots acting as PIC, we have the unintended consequence that a safety pilot, not simultaneously also acting as PIC, needs an FAA Medical as a required crewmember, as weve discussed previously. 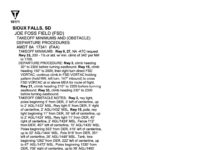 CHARTS & PLATES Elaine Kauh - October 28, 2019
Does this meet your takeoff minimums? As a Part 91, single-engine-land flyer it can legally be as low as 0/0, but you prefer to be able to be able to make it back in if need be, plus a little margin. So use the RNAV 15 approach as the backup. But wait: Youre LNAV only, no vertical navigation, so your MDA is 1920 feet with one-mile visibility. This is nearly 100 feet higher than the current ceiling-still legal to fly under 91.175, but not a good turnback plan. 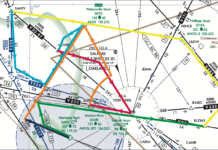 CHARTS & PLATES Jeff Van West - October 28, 2019
When the problem was the missed approach, my favorite tool was requesting alternate missed approach instructions. With a single ATC transmission, the requirement vanished because we werent flying that missed. At least, thats how I interpreted the regs, and the statute of limitations is past. I later realized I could even suggest my own procedure to get pointed at the IAF for the next approach. This permitted a fun game of rapid approach roulette, which is what this sim challenge is all about. 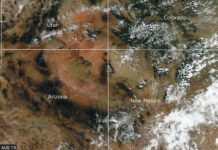 CHARTS & PLATES Tim Vasquez - October 28, 2019
Since the mid-1970s, satellite imagery has made its way into everything from television weathercasts to flight weather briefings. We see them constantly. When a hurricane is approaching the coast, viewers are presented with satellite images. When the local news shows the forecast, a satellite image is almost always used. This technology has grown progressively more complex and powerful over the years, and more than ever it can be a valuable part of flight planning. Lets examine some of the basics of the technology and look at todays capabilities. 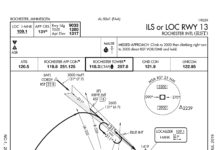 CHARTS & PLATES Elaine Kauh - October 1, 2019
Its certainly legal to fly through the AIRMET. These are advisories covering large areas. But it behooves you to determine that your flight plan wont enter known or forecast light or moderate icing conditions as prohibited in 91.527. Here goes. Theres a stationary front just west of the route, bringing in cloud layers and scattered showers. Freezing levels will hit between 7000 and 12,000 feet. So, at 8000 feet, you do risk picking up ice. One lone pilot report from a single-engine turbine over Iowa shows negative ice in climb from 3000 to the tops at 11,000. This isnt all that useful since youre flying lower and slower, but you are willing to climb as high as 12,000 feet to be on top. Your Plan B, while not at all mission-friendly, is to turn back to warmer air and land in Iowa, or even return to Bowling Green if thats best. 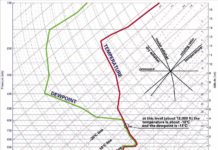 CHARTS & PLATES Tim Vasquez - October 1, 2019
The Skew-T log-p diagram, typically just called a Skew-T, is an amazing tool for understanding whats happening in the atmosphere at a given station. They are essential for understanding a precipitation regime or differentiating icing layers. Even after nearly three decades in meteorology I would find it almost impossible to understand an icing situation without this tool, and I often visualize the makeup of an environment with a sort of mental Skew-T image. I cant underscore how valuable these diagrams are once you get to know them. 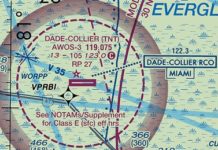 A Visual in IMC

CHARTS & PLATES Luca Bencini-Tibo - September 3, 2019
Let's consider a situation. We are flying over the Florida Everglades in low IMC. Our alternator just died, which clearly counts as an emergency in IMC. So, we must land. Now! Wind is blowing from the west at 25 knots and we are close to Dade-Collier Transition and Training Airport (KTNT). Although it used to have three approaches to Runway 9-an ILS, an NDB and an RNAV-the only one now available is the RNAV (GPS) RWY 9 approach. With that wind, we certainly will not be landing on Runway 9, even though the runway is 10,500-feet long. 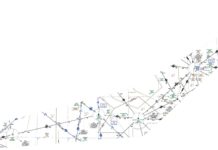 CHARTS & PLATES Elaine Kauh - September 3, 2019
Time to check Off-Route Obstruction Clearance Altitudes. These start at 3400 to 4000 feet then quickly get up to 6000. The terrain continues to rise towards 8000 feet past Scottsbluff. Uh, were not in Minnesota anymore. OROCAs, as defined by the Instrument Procedures Handbook, are for situational awareness and emergency use. While OROCAs provide standard obstacle clearance margins (1000 feet in non-mountainous areas), you cant count on them. You decide its safest to file for 8000 feet. 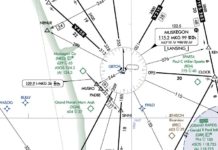 CHARTS & PLATES Jeff Van West - July 28, 2019
Get ready to star in this adventure by positioning your aircraft on Runway 24 at Muskegon County (KMKG) in Michigan. Pick whatever aircraft best resembles an aircraft you fly. If you have the option for retractable gear, you might want to use it as that adds a variable to this exercise and makes it more, um, fun. But the choice of the airplane is really up to you. If you fly a twin, slum it for this sim challenge and go back to the high-performance single you probably traded in for your first twin. 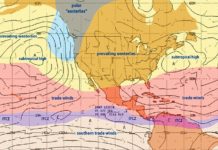 How the Wind Blows

CHARTS & PLATES Tim Vasquez - July 28, 2019
The root cause of wind is the unequal heating of the earth. We usually take it for granted that tropical areas are hot while polar areas are cold. But whether youre in Greenland or Venezuela, the sunlight is the same. Its the angle at which the suns rays hit the ground that makes the difference. Near the equator, the summer sun is at very high angles. But, in Greenland the summer sun never gets higher than about 30-40 degrees above the horizon, spreading the energy over a larger area, reducing heating of the ground and air.
1234...24Page 3 of 24