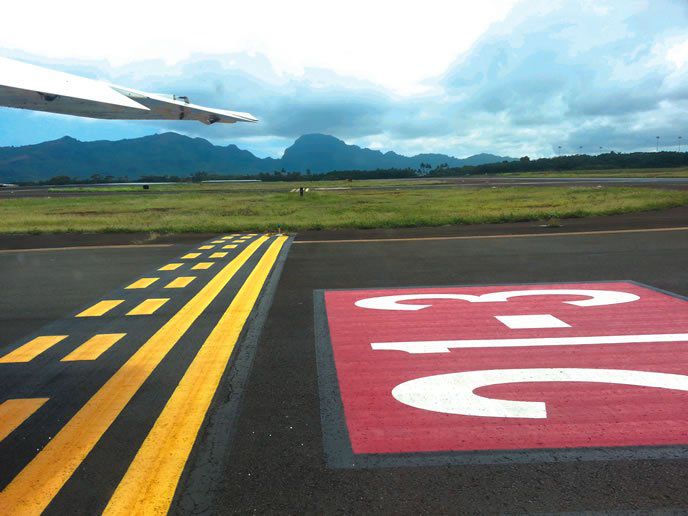 Everyone’s sensitive about something—weight gain or receding hairlines, for instance, or the things you shouldn’t talk about at family dinners, like religion and politics.

Air traffic control’s soft spot? Runways. You don’t mess with the runways. They may have all kinds of shapes and surfaces—concrete, dirt, grass, even water—but they’re all sacred ground when aircraft are using them.

The sky’s plenty big, but airport runways are quite finite. Bad things can happen quickly in those confined spaces, and runway incursion numbers have been steadily increasing. To stave off the unthinkable, air traffic controllers wield a constantly evolving arsenal of procedures, technology, and phraseology in their efforts to keep pilots safe and informed.

Echoes from the Past

Respect for the runway was drilled into my head from day one of my controller training. We’re expected to constantly scan our runways and intersecting taxiways for obstructions and unexpected behavior. Page after page of our rulebook, FAA Order 7110.65, is dedicated to runway protection and management.

Examples? If someone’s cleared to land, we must inform them of any departing traffic (3-10-6 (a)). If an aircraft is ready to depart full length and there is another aircraft ready to go at a runway intersection, we’re required to use “full length” in the first aircraft’s takeoff clearance to minimize confusion (3-9-10 (c)). ATC must get read backs on all “hold short” instructions (2-4-3 (b) and AIM 4-3-18).

These runway-related requirements didn’t just happen spontaneously. There has been a long line of fatal accidents involving aircraft landing or departing occupied runways. In between them, there have been countless non-fatal runway incidents, where tragedy was avoided by quick-thinking pilots and controllers, or simply by pure luck. Each incident taught the rest of the aviation community valuable lessons, and air traffic control regulations and training changed to reflect them.

Accidents decades past resonate today. Ever notice that ATC uses the word “takeoff” only when giving or cancelling a takeoff clearance? That’s due in part to the communication breakdown that caused the 1977 Tenerife disaster. With the airport under IMC conditions, a tower controller issued a KLM 747 an IFR clearance and included “after takeoff” in the routing. The KLM 747 captain thought he’d been cleared to go and throttled up. Seconds later, he and 582 other people met their end when his 747 slammed into a Pan Am 747 back-taxiing on the same runway. We now use “after departure” in our IFR clearances.

The regs aren’t the only thing evolving over time. The physical airport environment is seeing many changes too. Thanks to a 2002 FAA study that reported runway area markings weren’t effective enough, hold-short markings were beefed up, with black outlines for the hold-short bars and taxi centerlines and bold red surface signs with the runway numbers. Want the specifics and some pretty pictures? Check out FAA Advisory Circular AC 150/5340-1L, “Standards for Airport Markings.”

Hurry Up and Hold

One of the most highly regulated procedures is “line up and wait” (LUAW—often pronounced like a Hawaiian “Luau”). After all, we are talking about taxiing a departing aircraft onto an active runway and telling it to sit tight, while there may be aircraft on final and other aircraft departing or rolling out on the same or crossing runways. It demands extreme caution.

For situational awareness both in the cockpit and the tower cab, ATC is required to make extensive traffic calls when conducting LUAW operations. If you’ve been told to LUAW, the controller must inform you about the nearest aircraft on final and any aircraft departing or landing an intersecting runway. Vice versa, an aircraft on final must be told about any aircraft that’s lined up and waiting on their landing runway, or on an intersecting runway.

To even conduct line up and wait operations, the airport must meet certain criteria, including a certain number of controllers in the tower and specific LUAW rules in their facility’s standard operating procedures (SOP). Many smaller airports don’t have either the staffing or the SOPs in place to conduct LUAW ops.

The airports that do have LUAW are divided into two categories: those equipped with a technological safety logic system (more on that in a second), and those without one. Let’s address the “without” group first, since they’re more common. In short, line up and wait procedures at these fields are wholly dependent on controllers’ judgment and ability to physically see the aircraft. Therefore, it’s far more restrictive since it relies purely on human perception.

Short version: if you’re inbound and someone’s holding in position, don’t expect a landing clearance until the other guy’s rolling. If you’re holding short of the runway, don’t expect to LUAW if someone’s already been cleared to land. It’s a defensive tactic. By withholding landing clearance or LUAW clearance, it ensures that only one airplane is cleared to touch the runway at a time.