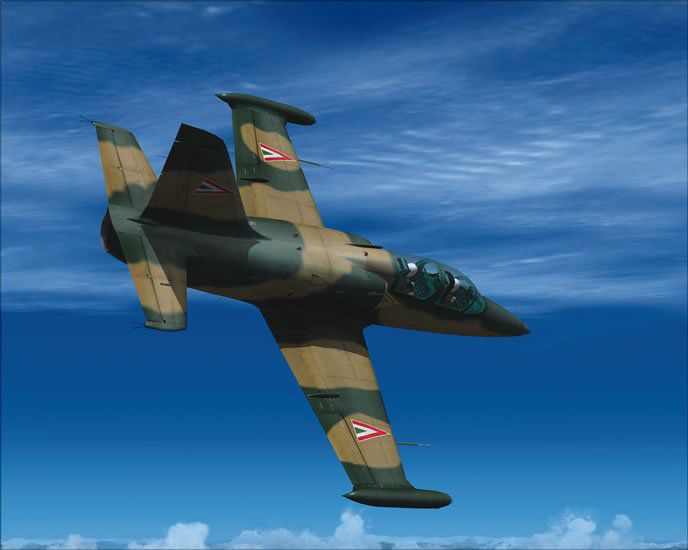 Yup, Ice Is for Cocktails

At Cincinnati Municipal while my L-39 was being fueled, Bill Rieke, an icing researcher, came over to chat. He said that he thought the L-39 would be particularly susceptible to tailplane icing and stall because of the smallness of tailplane, the thinness of the airfoil and the need for ventral VGs.

The following day I was returning home VFR on top at FL190 where the sky was clear and the tailwinds good. Eventually, though, the clouds rose above me and I began to pick up very light rime on the canopy. The wing looked clear.

Flying along smoothly, casually watching the ice, there was a harsh buffet for only a few seconds before the nose dropped to nearly vertical. I was in the clouds, the instruments were tumbling and I lost control of the airplane. The right wing dropped and did a roll or two while the airspeed built. Fortunately I broke out around 16,000 feet, got myself oriented and leveled at about 12,000 feet.

Indy Center worked with me while I got myself composed (sort of). They cleared me to 17,000 feet where I would be under the clouds. As I approached 17 the plane stalled again. This time I recovered at about 13,000 feet without rolling and stayed there. By then I was badly shaken and though my analytical faculties were numb I realized I’d had two tailplane stalls.

In 35 years of flying I’ve seen ice many times. I could never have believed so little ice on the canopy and wing could be consistent with a tailplane stall. Rick’s general description was spot on and Bill was right. The L-39 tail is very sensitive, with its narrow chord and VG’s on the ventral surface. Evidently it works hard, which I think explains the second stall. I think the difference in air density between 13,000 and 17,000 feet was enough to stall the tail, which was at the edge of its capabilities.

Lessons: Don’t fly an L-39 in any kind of ice. Learn aerobatics. My stomach doesn’t take Gs but aerobatic experience would have helped me when I became disoriented in the clouds.

Remediation: As Rick implies, ice is for cocktails. Go home and use it for several stiff drinks. That’s what I did.

Thanks for sharing the story, John. Glad it was merely a lesson learned.

Yes, the article is complex, but it does explain exactly what happens and why. I’ve had classroom training in tail stalls and I still had to go through the article quite carefully, but when I did and the light came on for me, it made good sense.

A Dumb Thing To Do

In “Compassion, Part Deux” from the January issue, you essentially say that when NORDO you can’t leave cruise altitude until the approach. While I can’t disagree with your part 91 and AIM references concerning when to leave your last assigned altitude if NORDO, I think there are things that must be considered when following the letter of the law. Consider this:

Say you’re flying your Citation into LAX from the east with minimum legal fuel reserves. If you follow the rules as described by flying the ground track of the arrival assigned in your clearance at FL360, proceeding overhead the airport then outbound to an IAF, descending some 30,000 feet in holding and proceeding inbound to land would be legal however it would also 1) Reduce your already minimum fuel reserve, 2) Cause confusion from approach control, and 3) Cause all the other turbine aircraft to divert so they don’t eat into their required fuel reserves while Approach clears the airspace for you.

For these reasons and in this situation I would exercise my emergency authority. I would declare an emergency by squawking 7700, descend as to cross the mandatory altitudes stated on my assigned arrival, fly the approach looking for a green light and land. Perhaps in my Bonanza at 7000 feet and plenty of reserve gas I would proceed as you stated.

This one is really making the rounds. FAA legal interpretations are limited by the regs that are written. They’re lawyers, not rule makers. They are allowed neither “common sense” nor a reasonableness test. Hence, since the regs haven’t kept up with procedures, there’s no reg specifically authorizing a descent. That’s all we’re going by.

In extreme cases the legal interpretation is simply a really dumb thing to do. Your approach is sound and well-reasoned. Squawk emergency and do what you think best. Live now; ‘splain later.

In getting caught up on my reading, I enjoyed Lee Smith’s August 2014 article on visual climb over the airport procedures. Of course, it reminded me of my article in the December 2006 issue of IFR, “A Spiral Up Departure.” My article dealt with using a legal but unpublished technique that could be useful, especially in mountainous areas and is essentially the same concept of the now-recognized formal procedure Lee described.

Of course, any IFR procedure has to come with the caveat that the individual pilot must be totally comfortable with the risk-rewards involved. I’m reminded of the old saying, “Some folks will only do what is specifically allowed, and some folks are comfortable doing things if they are not explicitly prohibited.” I guess I’m in the latter category.

I am catching up on my back issues of IFR magazine. I just read the letter from Wolf Schroen in the September issue in which he mentions some of his adventures in an around-the-world flight in a Mooney.

His trip sounds like an interesting article for your magazine. You said you hoped he would share more stories with us…. Don’t forget to ask him for more stories!

We asked right off when he sent in his note.

He sent a draft.

We commented and heard nothing more. We just sent another e-mail asking for the revised article. Fingers crossed…

…and he responded with an updated draft. We’ll look it over and hopefully print a feature article from Wolf on his amazing experiences real soon.

Fred Simonds’ article, “Bag of Tricks” last month had a lot of useful tips and tricks. However, you goofed when setting up your instruments to identify the intersection at YIGBO using the crossing radial. You incorrectly set 195 in the OBS instead of the required 185. You’d be past YIGBO by the time the needle centered.

You’re right. That error slipped through and we didn’t catch it until the issue was already in distribution. You’re the first, probably of many, to let us know.

However, you lose points for getting the effect wrong. Setting 195 by mistake would cause you to think you crossed YIGBO early, not late, which is more dangerous as it’d cause an early descent.