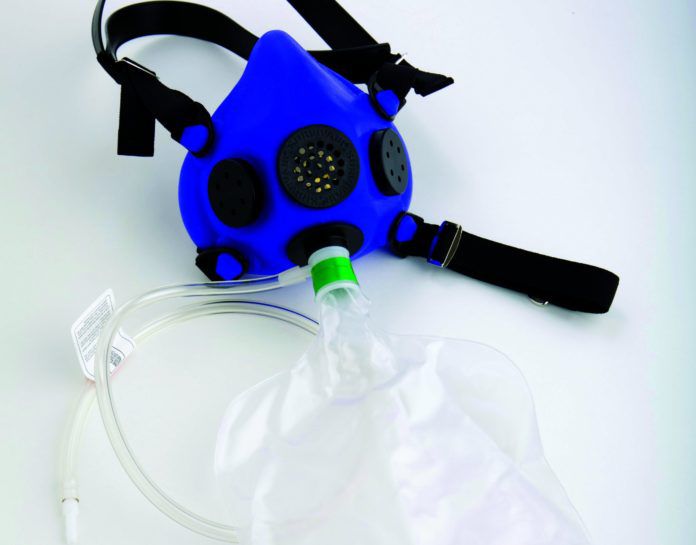 Lower Altitude or Mask First?
I read with interest and obvious necessity for possible future application, your article on hypoxia, “Get Your Mask On,” in December, 2014.

I fly a Malibu Mirage PA 46. I’ve had several decompressions in the low 20s that were attributed to squat switch/pressure switch failures. I’ve now added another immediate action to pressurization problems:

First, I immediately set the autopilot to as low as I can practically descend with a rate over 1000 feet per minute. I then assure it’s armed. This requires less than three seconds. Then I’ll get on oxygen. At the altitudes I fly, I will probably recover even without oxygen if I get to low altitudes soon enough.

However, you make a good point about having to first recognize the pressurization problem and the insidious onset of hypoxia.

On the other hand, if you don’t quite get the lower altitude dialed and engaged, well, it’s light’s out there, too.

Putting on the mask first is a good recommendation. Reasoning is that it takes less motor control and less brain cognitive capability to put something over your face than to make adjustments to a technical system and engage it to do what you want. Clearly, in the 20s where prop GA tends to top out, the time of useful consciousness is a number of minutes—time enough for most anything. But, if it takes you until there’s about 15 seconds left before you even recognize the insidious little monster, well… Mask on!

Any pressurization problem at any altitude should be considered a dire emergency until your well-oxygenated brain knows it isn’t.

Radar Reads Mode C, Right?
In October’s “Respect the unknown” Tarrance Kramer questioned the consistency of altitude broadcast on radar “…I can see the altitude broadcast. But, I don’t know if these targets have their altimeter set correctly…” My understanding is that all altimeters/transponders are set to broadcast altitude from the same datum (29.92). So, ATC should be seeing us at accurate altitudes regardless of our setting inside the airplane, yes?

Yes…but…
Yes, transponder Mode C only sends altitude against the 29.92 standard reference. But, if the baro setting is other than 29.92 and you’ve properly adjusted your altimeter to fly your assigned 4000 feet, that Mode C isn’t outputting 4000 feet because it’s using the 29.92 standard datum. So the controller can see the attitude you’re actually flying, ATC facilities also apply the local baro corrections—the controllers will indeed see you at 4000 feet.

This makes it important for you to properly set your altimeter, even for ATC purposes.

Confusing Notes
I was hoping you could answer a question about the approaches into South Jersey (RNAV 26 and RNAV 8). I was flying in last night and Approach said they could not clear me for the approach because the procedure was NA at night. The notes on the plate are confusing to me (and the controller). It states that it is NA at night but then goes on to state that it is NA when the VGSI is inop at night. If indeed the procedure is NA at night, it is unnecessary to even discuss the VGSI at night. What do you think?

We’re guessing that originally, unlighted penetrations required the VGSI at night to remain safely clear. Subsequent tree growth or some other unlighted obstacle penetrations simply rendered the entire approach unusable at night. So, the blanket prohibition was added without removing the previous note. Perhaps the thinking is that the later obstacles might be removed or corrected, so they left the VGSI note, but that’s pure speculation.

The bottom line, though, is clear. They’re NA at night. You’ll have to go to the VOR approach which still retains the inop VGSI prohibition at night, but is otherwise usable at night.

Tail Stall: Pitch Up?
Am I reading Rick Durden’s article on ice/tail stalls correctly? You’re on approach with a big load of ice, you are not far above the stall speed due to both the approach speed and the increased stall speed and you have a tail stall and pitch up and reduce power? Any airplane I have flown would seem to immediately stall all together. This can’t be correct.

You’ve essentially got it right but for one thing: Approaches should not be flown right at the edge of (main wing) stall speed in any conditions. You should have a good margin.

Few pilots need an airspeed indicator to tell them when they’re getting on the edge of a main-wing stall. You should be able to tell. The airframe buffet and lighter/sloppier controls are dead giveaways. Got a little ice? Plan a little more speed. Got a lot of ice? Plan a lot more speed. Feeling an incipient stall with a load of ice? Add a bunch of power and at least 10-20 knots. But, if you do stall, you obviously pitch down and add power—which also may not have a pleasing outcome when close to the ground.

Warning of an incipient tail stall is buffet in the yoke—not airframe—difficulty in trimming in pitch and ease in moving the yoke forward, but difficulty in pulling it aft. Recovery is the opposite of a wing stall—pull aft to reduce the angle of attack of the tail and retract the flaps at least to the previous (non-tail-stalled) setting and reduce power if possible. Yes, it all sounds counterintuitive, thanks in part to inadequate training, but that is how to recover from a tail stall.

Is this potentially dangerous or deadly? Yup, you betcha—just like a main wing stall on approach. But, given that you’ve stalled anything close to the ground, you have limited options in the first place. What else ya gonna do?