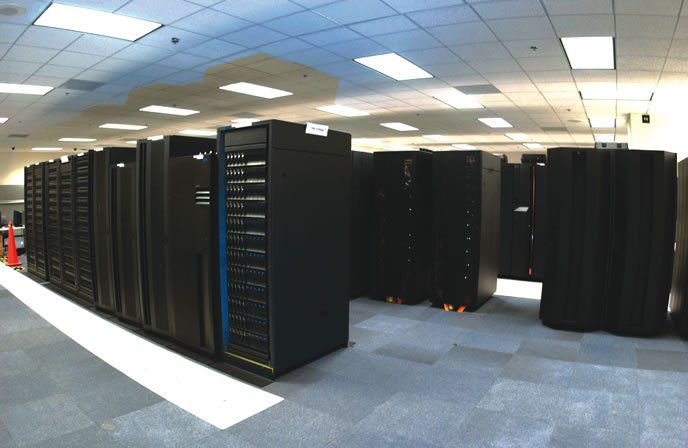 In Wx Smarts we focus on outsmarting the weather through heightened weather-situational awareness. Yet, in my three years here, I haven’t discussed forecast models. It’s time.

Models don’t yet belong in the cockpit, but they can be valuable for planning and understanding what’s going through the minds of the forecasters. Plus, models are useful for long-range outlooks.

The norm 20 years ago was to get outlooks from The Weather Channel, A.M. Weather…and local TV weather reporters. Now, the Internet gives us access to the same tools and resources meteorologists use, revealing important cues and developments. Whether your upcoming trip takes you to Texarkana or the Caymans, model data can show you at a surprisingly early stage how things will look.

Forecast models are mathematical simulations of the atmosphere. They’re built with a massive collection of weather data orchestrated by the National Centers for Environmental Prediction. This data includes surface observations, satellite data, radar, buoy data, radiosonde data, and even the output of old model runs. This is the Global Analysis program.

Today’s models divide the atmosphere into gridpoints, anywhere from 3 to 80 km apart horizontally and hundreds of feet apart vertically. Starting with the Global Analysis, the model run steps forward a couple of minutes at a time. With each step, accelerations and changes in air, moisture, temperature, and other elements at each gridpoint are calculated based on the equations of motion, and these elements are moved to their new predicted location.

We can view the output in many ways, from familiar map-based products to raw text-based forecasts known as model output statistics. Some of the forecast products you see on Aviation Weather Center, such as the Sig Wx forecast chart and SIGMETs, are not model outputs but are actually composed by humans; models are only one of several tools that are used. This is an important distinction.

Weather models have a reputation of being unreliable and inconsistent, especially during the 1970s and 1980s when the gridpoints were coarse and processing power was weak. Significant advances were made during the 1990s in blending small-scale processes such as thunderstorms and sea breezes into the models, and the models have reached high levels of sophistication.

The other big advance has been computing power. In the 1980s computers struggled to complete a single model run. I remember two instances in the early 1990s where the night’s forecast run was canceled with a bulletin from NMC Suitland apologizing that the Cyber 205 computer caught fire. There wasn’t computer power to finish the run, so we had to wait 12 hours for the next run. Now desktop Unix systems anywhere at NOAA or their partner labs can handle a model run with ease, in some cases building ensembles with hundreds of runs, all tuned a bit differently.

One of the most intriguing and detailed forecast tools now available is the High Resolution Rapid Refresh (HRRR) model at http://ruc.noaa.gov/hrrr/. This model covers the conterminous United States. The gridpoints are three kilometers apart. At the top left, click on “NCEP HRRR Hourly.” Under “Domain” at the top, select your region of the United States. If you’re flying near one of the identifiers shown further down the list, you can choose those for a closer view.

There’s a grid of links in the table below. If they’re mostly empty, the model run isn’t complete. If that’s the case, change the “Date” to a slightly older run start time, or change the “Model” to Experimental or Operational. (Don’t worry about the others.) The links, ranging from 00-15 are the number of forecast hours from the model start time. So the earliest products are on the left, and go into the future to the right. The corresponding UTC date and time appears at the top of the table.

In this list of products you will see an amazing variety of forecast fields. You’ll see familiar entries like wind, precip, visibility, and aviation flight rules. But because this table is written for meteorologists, some of it might not be so clear. For example, for surface winds that might be reported by ASOS, you’ll want to select “10 m wind.” For radar, you’ll want “1 km agl reflectivity” or “composite reflectivity,” depending on whether you want radar data at just one level or the highest radar intensity reported through the column. See the sidebar for some products you might find particularly useful.

Models may seem to be the answer to your dreams, but they’re fallible, with errors and eccentricities you should understand.

Make sure the model accurately reflects the current situation. The latest model run will usually be a couple hours old already. Compare the forecast for right now to the current weather. Imagine that you’re in Wichita and all the airports are socked in at 500 and 3/4 in fog. If the HRRR is indicating MVFR, it’s too aggressive in lifting the fog and you should be skeptical or expect worse conditions than forecast.

Never make decisions based on fine-scale details of model output. Instead, use the forecast to get trends over time, and to understand the bigger picture. For example, if Sacramento’s ceiling forecast shows a couple of 1000-foot pixels at 1800Z, don’t make your decisions on these pixels. Instead, consider a broader picture over all of the central San Joaquin Valley and see how the ceilings vary between 1700 and 1900Z. How do these pixels fit the big picture? If a larger area of IMC is advancing, that knowledge is more reliable than ferreting out the exact time the leading edge arrives. Know that IMC is coming, but don’t set your watch.

The more complex fields are the ones most likely to fail. The native languages that the model speaks are wind, temperature, humidity and pressure. Those forecasts are more likely to be reliable. Fields such as flight rules are a combination and interpolation of multiple fields at multiple levels, and are more subject to inaccuracies.

Models are more prone to inaccuracies in unstable, rapidly-changing conditions. Such systems produce lots of unexpected localized and small-scale disturbances in the data. Small-scale patterns can grow over time and cause divergences from the forecast model. A front might arrive an hour earlier than forecast or ceilings might stay put over your alternate.

Widespread thunderstorms existing at the model run time are a particular challenge. Though the models have some skill in handling large thunderstorm areas, the storms tend to complicate the analysis and cause unreliable results where storms have already passed.

Current reports and human interpretation are most important during fast-breaking, complex weather. Then, you should depend more on TAFs and ASOS reports and less on the model predictions. Models are most reliable with slower, more stable patterns.

The HRRR model is short-term, looking 15 hours out. NOAA offers two types of longer-term models: the NAM, which covers North America up to 84 hours in the future, and the GFS, a longer-range model that looks up to 16 days ahead. The model output is similar and you can choose either one, but the NAM will give better detail for the United States during the period out to three days.

Perhaps one of the best sites on the internet to see these models is http://wxweb.meteostar.com/models/. The page offers both GFS and NAM, and lets you pick from different geographies. Once you pick, you’ll see several product-selection windows. Use the topmost one; the others are for viewing older model runs.

As before, wind, temperature, humidity and pressure are the native language of models, so these predictions will be fairly reliable. If the GFS shows strong winds over your airfield four days from now, there’s a good chance you’ll experience those winds and low-level turbulence. But precipitation is a more complex derived field that will be less accurate.

Speaking of turbulence, you’ll notice that the Meteosat website offers displays of turbulence. These panels use the Knapp Ellrod turbulence index, the same algorithm used by the Aviation Weather Center, which forecasts clear air turbulence based on deformation, convergence and vertical wind shear. Values below 2.5 up to 7 signify light to moderate turbulence; values above 7 indicate moderate to severe turbulence.

The models also offer an icing algorithm. This forecasts where temperatures are below freezing and relative humidities are high. This is only displayed for a specific millibar level, though, and does not consider icing conditions above or below.

As these are not fine-grained mesoscale models, there are no “radar forecasts” like there are with the HRRR. A good substitute product is “precipitation.” These models tend to overdo the precipitation areas, and they often don’t forecast individual storms accurately. Pay attention to the more reliable larger-scale trends of increasing or dissipating precipitation along your route, and the development of large and intense areas. Quite often there will be a diurnal trend you should consider, with shower activity peaking during the late afternoon and returning to a minimum by early morning.

During the winter months you can use the “Surface RH and thickness” chart (specifically thickness) to get a reliable idea of where winter weather will occur, allowing you to make long-range decisions with some confidence. A longtime rule of thumb of forecasters is that the 540 decameter thickness line marks the zone dividing rain to the south and snow and winter weather to the north. Also by looking at the pattern of the thickness lines you can quickly get an idea of the size, strength, and depth of invading cold air masses. Cold air masses can be identified by a bubble-like region of low thickness that spreads southward. The core of the cold air mass is where the thickness value is lowest.

Finally note that even though you can view predictions and see precipitation areas 16 days in the future, this is asking for trouble. Not even the large-scale pressure and wind predictions will resemble reality that far out. Normally forecast models begin diverging from reality about four to six days in the future, and are significantly divergent by the eight-day point. The large-scale patterns are then lost about 10 to 12 days in the future. This means you will not be able to reliably plan more than a week from now, and a deck of tarot cards may offer similar odds.

While models are definitely not a replacement for a proper flight-weather briefing, they’re one more tool you can use in the days and hours leading up to a trip. The more you sift through these products, the more familiar you’ll get with them, and you’ll have a pretty good idea what will be coming on the TAFs well in advance.

Tim Vasquez is a professional meteorologist in Palestine, Texas. He offers some extra weather training on his site at www.weathergraphics.com and youtube.com/user/timwxx.