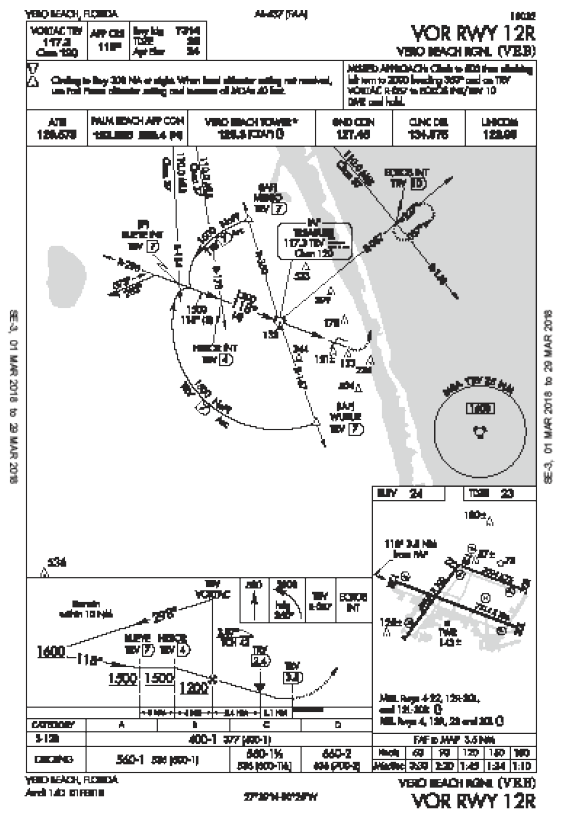 How Far is That?

In your October clinic, “Driving All Night” you mention “Flying the full procedure is a cross-country drive of 12 miles to HUSKR.” Thinking HUSKR should be JUSAM, or am I interpreting it incorrectly?

Yes, the 12 miles was from the VOR to JUSAM.

When Can I Turn?

The KPWA SIDS (WENDY and TRUPR) for Runway 35L and 35R both show a right turn at 1800 feet, but the ODP from the Chart Supplement tells you to wait until 1900 feet before turning. Why the difference?

We put your question to Lee Smith, our resident TERPSter, and he responded:

I was able to pull the ODP data but not the SID data, but I can give a fairly good guess as to what’s going on.On the ODP, the controlling obstacle is a 2729-foot tower a few miles to the east of the runway. The initial climb is extended a bit more than usual in order to allow for a standard climb gradient when turning right (note that for turns other than to the right, a normal 400-foot turn is allowed).The WENDY and TRUPR are examples of Open SIDs, which have a route off the runway followed by radar vectors to a route. In these cases, the route off the runway is evaluated, but then the radar vector area gets no additional evaluation (other than MVA, etc.). SID evaluation begins again at the defined route. Because there’s no SID evaluation required after the initial climb, the controlling obstacle for the ODP isn’t considered. The minimum turning altitude for an RNAV SID is 500 feet above the runway, which would give you a turn at 1800 vs. the turn at 1900 on the ODP to keep a standard climb gradient and clear the tower. —LS

Some Help Here? Anybody?

In your magazine of December 1990, Vol 6, No 12 (I believe) you had an article by Robert Koenig titled “No Comm, No Nav and (Ulp!) No Gear: Saved by a Handheld.” I was one of the passengers on that flight and would love to get a copy of the article as mine has completely faded over the years.

We’d happily help, but neither our electronic archives nor the paper archives go back that far.Perhaps one of our readers might have personal archives going back to 1990 and would be willing to send you a copy (with our permission, granted here). That’s about the only way we can think you might find what you want.Lou, I hope someone reaches out to you at your e-mail address, above. —FB

When is There a Lead Radial?

I am confused about the answer to question 7 on the November 2017 quiz. When would the DME arc be anything other than a 90-degree change from heading to inbound course? Can you please send me some examples?

I’m comparing the DME arcs for the KVRB and DHN. They both appear to be 90 degree changes, but VRB does not have a lead radial and DHN does.

As a long time reader, I always look forward to any “Can-con” (Canadian content) in the magazine. For that reason, I had great anticipation for the California trip in your January Killer Quiz (“Peaceful Queasy Feeling”) until I saw the impossible registration: C-DRWY. C’mon guys, don’t you know that Canadian registrations can only be C-Fxxx or C-Gxxx? Oh well, I will still read the magazine cover to cover!