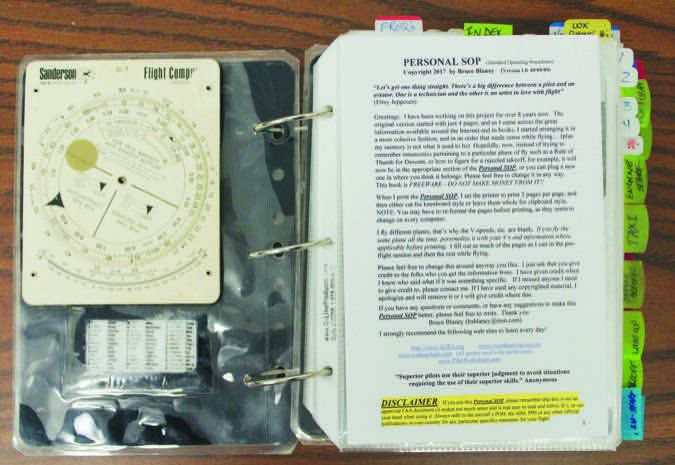 I just got the April issue of IFR and your editorial (“Do You Need EFIS?“) exactly described my dilemma! My HSI needs to be repaired and Aspen has a sale on. To get the Aspen and install it is just a few grand more than repairing the HSI.

However my plane is a 1962 Debonair and the Aspen really won’t increase the plane’s value. Plus I now have more button pushing to learn. My fear is safety. I am very competent with my current set up. (Garmin 650, etc.) I do fly hard IFR and hope the Aspen is not a mistake!

Fear not. You’ll find the Aspen quite easy to learn.

Also, while you might not find much (any?) increased value from installing the Aspen, your aircraft now jumps ahead on the desirability scale if you go to sell it. If you’re a buyer, looking at two otherwise identical aircraft, but one has an Aspen to the other’s iron HSI, which would you buy?

Finally, add that you do fly some hard IFR and the added information and situational awareness becomes a no brainer to me. I think adding the Aspen is the right choice. —FB

I found “Put It Together: DIY SOP” in the May issue to be excellent. The creation of a personal SOP is a fantastic venture for any pilot and a very worthwhile, enjoyable and educational process.

I’ve evolved mine for over eight years. The version started with just four pages. As I came across great information in books and around the Internet, I began expanding it and arranging it for easy reference in flight. Now, instead of memory aids for tricks and rules of thumb, it’s all quickly accessible in my Personal SOP. I also put all of the emergency procedures for each phase on the opposite page from the normal procedures so everything is where I need it.

I use clear-sheet half-page sleeves, as this is a living document and I am updating it all the time. The book may look unruly, but it is color-coded and tabbed and very easy to use to find whatever information I need. Also, I use the separate snap rings rather than a binder, so the book drapes over my leg nicely or folds in half.

I love my Personal SOP and I encourage anyone to build their own.

I’d like to clarify something in Brent Blue’s March article, “No More Medicals?” The article starts out by listing the qualifying criteria. But then at the end of the article Dr. Blue throws a curve ball by listing international flying as not permitted under BasicMed. So if you take a quick trip to the Bahamas, you need a full Third Class medical and you can’t use BasicMed?

However, the AOPA appears to be petitioning our neighbors (Canada, Mexico, Caribbean nations, etc.) to accept the FAA BasicMed when we fly in their airspace.

Jeff Van West’s IFR Clinic, “Capital Line Items,” in the March issue left me confused on a couple points that I’m hoping you can clarify for me:

At the end of the section “Reading the Fine Print” the author states that the only official way to identify SHAWE is AUG DME. I believe that it is also legal to identify SHAWE using the GPS distance from AUG. The AIM states that operators may use a suitable RNAV to determine aircraft position relative to a DME fix.

At the end of the section “Something Extra, Something Missing” Jeff says that “it looks like the MAP is 0.6 DME.” (I assume the AUG DME.) How’d you get 0.6 DME? In my opinion the MAP could be identified by the localizer I-AUG, again using the GPS. The distance between the MAP and the localizer is very close to the length of the runway (5001 feet converted in nautical miles).

Thanks for your help.

Actually, the article doesn’t say that the only official way to identify SHAWE is DME. It says the only thing the AUG DME is officially good for is identifying SHAWE. That’s a subtle, but real difference. Yes, of course, identifying a DME fix can be done using DME or a suitable RNAV.

In “Capital Line Items” (March), Jeff said the R-349 arrow from the Augusta VOR toward the DUNNS LOM/IAF was there to define the SHAWE intersection. He added that it was a charting mistake, because the two-degree angle was too shallow to define a fix, and would be struck from the chart. That’s not right.

Look at the Augusta VOR/DME in the plan view of the chart. From that symbol is an arrow pointing to DUNNS via 351 degrees and 6.1 miles. This is the transition; two keys to it being a transition are the listed altitude (2500) and listing a course (351 degrees), not a radial (R-349).

Note, also, that AUG isn’t quite on the localizer centerline. The offset is slight, but real. At DUNNS, 6.1 miles out, the difference is negligible, so the localizer back course and the transition course are the same—351 degrees.

The AUG R-349 arrow discussed in the article is hidden in the shading to the (as shown) lower-left side of the localizer. It was intended to identify SHAWE. At only 2.3 DME, SHAWE is closer to the slightly-offset VOR/DME than DUNNS, so the AUG radial to SHAWE on the localizer is 349 degrees, a difference of two degrees from the localizer back course of 351 degrees.

Jeff Van West, the author, found this confusing—as most of us would—so he reached out to his friends in the FAA’s charting office in Oklahoma City. They researched it, explained what they found, and confirmed that it’s an error that will be corrected in the next revision.