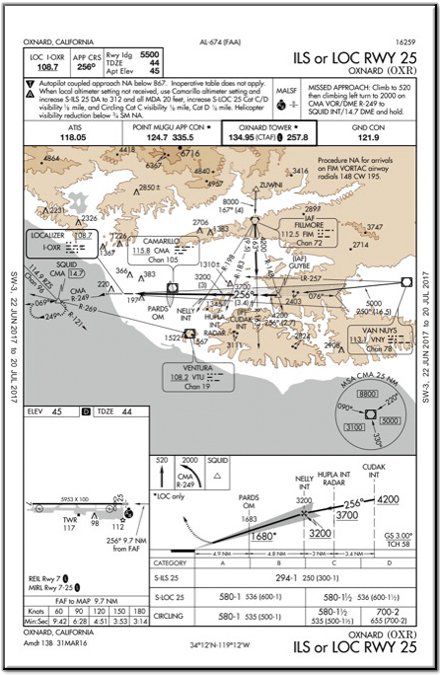 In April Killer Quiz, “The Prof and the Pilot,” I don’t think that the answer to the last question is correct. With tailwind, one should reduce the airspeed below best glide speed, which in turn reduces the sink rate. Gliders pilots are very familiar with these concepts.
Unfortunately, Cessna doesn’t publish sink rates at various speeds to compute that accurately, so we are left to back‑of‑the‑envelope calculations. We know that at best‑glide speed (65 knots), sink rate is 730 fpm and this requires 73 knots tailwind to reach the threshold. Assuming that sink rate is 600 fpm at 50 knots, which seems realistic, flying at 50 knots would need only 63 knots tailwind.
I love your quizzes. I learn something from each one.

Jeff Van West, a glider pilot and one of the authors of that KQ, responded:
Technically true. However, it’s largely impractical in a piston single as we pointed out in February’s “Better Best Glides” article. The difference is quite small and any deviation past it leads to a huge increase in sink rate. If it was published we could have probably worked that in, but it wasn’t, so we simplified. I’d be shocked if it made 130 fpm difference. We could also have adjusted for weight (also lowering speed).
If we did estimate, the speed would probably be close to minimum sink, which can be estimated at about halfway between Vbg and Vs. (74-48)/2=13 and 74- 13=61 knots. Then the weight correction
Vnew = Vgross * (actual weight2/ gross weight2). Then the math of groundspeed versus sink rate for descent angle…
You’d be on the ground before you could figure out the speed that worked best. —JVW

This letter is in response to your March 2017 article about the decline in general aviation:
More so than the FAA, the decline in general aviation is caused by blood‑ thirsty lawyers and airport fences. You are correct in that the rising cost of general aviation is a deterrent for new pilots, but if you look at the cost of avgas over the last 60 years, it hasn’t even climbed at the rate of inflation. The cost of an airplane, however, has skyrocketed.
When the C172 was first produced in 1955, the price was $8,995. Adjusted for inflation, that would be the equivalent of $81,761.53 in 2017. However Cessna advertises a new C172 for over $400,000. Why the almost 390 percent increase in cost? Lawyers.
As recently as last week, I received a phone call from a lawyer representing the estate of a former student of mine. The student (who was a CFI at the time of the crash), who refused to get an instrument rating, decided to fly a two‑week old VFR‑only turbine helicopter worth about $900,000 at night in low visibility, with thunderstorms in the area, into the mountainous region around Scranton, PA. Not only did he kill himself, but he killed four others onboard.
This lawyer, retained by the mother of the pilot, is attempting to sue the helicopter manufacturer, the engine manufacturer, and the leasing company that owned the helicopter, alleging thatit was a “manufacturing defect” (not poor decision making) that caused the pilot to fly into the side of a mountain. So now the helicopter manufacturer has to assemble a legal defense (at their own expense) to fight the lawsuit. Who pays for that legal defense? The rest of the GA community.
If we are fortunate enough to buy a new Skyhawk from Cessna, $80,000 will go to the actual production of the air‑ craft, and $320,000 will go to the blood‑ thirsty lawyers. I have already briefed my wife and mother that if I die in an airplane crash that is my own fault, I will roll over in my grave if they attempt to sue the aircraft manufacturer.
A quick note about airport fences: There is nothing that says to the local community that “You are not welcome here” more than an airport fence. I get it: we live in a post 9/11 world now. How‑ ever when every aircraft owner who pays for a $50/month tiedown thinks that they are their very own TSA agent (fur‑ ther intensified by the “if you see some‑ thing, say something” campaign), we are closing ourselves off to the outside community—the outside community who are at their town hall meetings ev‑ ery week trying to shut down the local airport.
Last summer, while working for a commercial operator at a New Jersey GA airport, I arrived in uniform, with my ID badge clearly showing, and car‑ rying my military flight bag. After pass‑ ing through the gate, I was stopped and interrogated for almost five minutes by a CFI at the local flight school as to what my business was at the airport and where exactly I was headed. If we want the support of the local community to expand GA, we need to be welcoming people to our airports, not discouraging them.

Good points, all. Yes, liability costs and insurance have become bigger and bigger contributors to the increasing costs of private flying. However, the point of the editorial was to look at the impact, if any,of a more realistic posture from the FAA, which I believe to be negligible.
As far as fences, yes, this also is a valid point, but not universal. If you want to walk around on the ramp of a larger airport, you’ll probably be stopped. That, of course, is contrary to the friendly atmosphere we want to portray. However, the open and welcoming airports still exist. They’re just further from the population centers.
After getting accustomed to flying into TSA-infested airports around the country, it is refreshing to see that, indeed, small-town America still enjoys airports where you can just go hang out. —FB

The restriction is below 867 feet MSL, as read on your altimeter. The cause most likely lies in the local terrain, obstacles and general geography, plus a possible limitation applied by the airport authority’s willingness to spend money.
Think of an ILS as narrow radio beams that you actually follow to the runway. (That’s not technologically accurate, but is a good conceptual model.) Radio transmissions are subject to interference and warping by buildings, minerals in the ground, even vegetation. Most of these can be tuned out to provide straight and true signals. Sometimes, however, those influences are too strong or too expensive to fully mitigate and the result is an irregular or even jagged signal path.
Next, understand that there is some damping (smoothing) in the needles of your indicator. So, while the received signal might be jiggling significantly, the indicator is reasonably steady. But, no such damping is in the autopilot. So, it reacts more quickly than the pilot, both because it’s getting that undamped raw data and because its circuits are quicker than the path of our eye through our brain to our hands. This allows it to fly more accurately than we can.
There can be other reasons for the prohibition, but this common reason is further suggested by the absence of the restriction on the RNAV approach.
RNAV approaches aren’t subject to that kind of interference. You’re not following a radio beam. Your position is calculated based first on your GPS position, then fine-tuned by the WAAS ground stations. You’re following a constantly updated calculated position relative to a mathematical model of where you should be. Distortion of the radio beam over the ground is irrelevant to that calculated position. Thus, autopilots work fine.

We read ’em all and try to answer most e-mails, but it can take a month or more. Please be sure to include your full name and location. Contact us at IFR@BelvoirPubs.com.