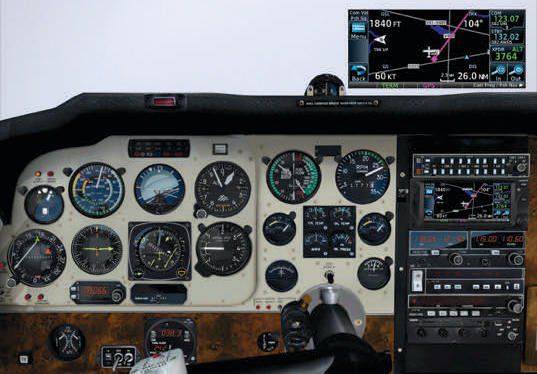 It’s been a great couple of days in Saratoga Springs, New York. You almost had to miss it since your TBM is in the shop. Luckily, the owner of your former V-tail Bonanza let you borrow back your old bird after a few phone calls and promises of adult beverages. You knocked out your business engagement early so you even got a chance to tour the battlefields—which was great until torrential rains forced a retreat to a local pub.

It was a quick, VFR hop coming over, so you just flew the old Bonanza by feel. It’s still IFR for departure this morning, so the rustiness with the plane has you more concerned. Still, you fly the TBM on several business trips every month, so you figure once you’re in the system, IFR is IFR. Ceilings are 300 overcast, but PIREPS say tops are only a couple thousand feet up. The ASOS says winds favor Runway 05 and the altimeter is 29.62.

You review the departure procedure, program the GPS, pour on the power, and rotate when it feels right. As you enter the clouds you start to sense that something isn’t quite right. Of course, the Bonanza feels sluggish compared to a TBM, and the mains and aux tanks are nearly full. But even as you pitch up, this plane doesn’t seem to be climbing at all.