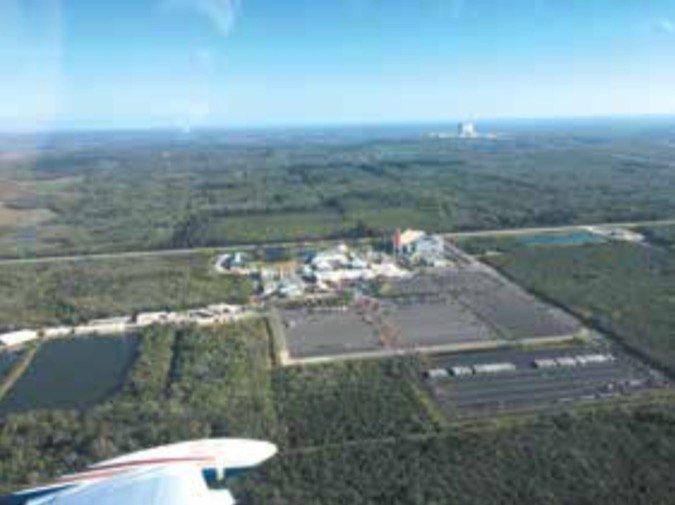 My father worked for the military a number of years and got some good stories similar to OTA that he’d pass along. While this isn’t technically OTA it was so good I had to pass it along. He swears it was true.

Two Texas Highway Patrol Officers were conducting speeding enforcement on Highway 77, just south of Kingsville, TX. One of the officers was using a hand-held radar to check speeding vehicles approaching the town. The officers were suddenly surprised when the radar gun began reading 300 miles per hour and climbing. The radar gun would not reset and then it suddenly turned off.

Just then a deafening roar over the mesquite treetops revealed that the radar had in fact locked on to a USMC F/A-18 Hornet, which was engaged in a low-flying exercise near this, its Naval Air home-base location in Kingsville, TX.

Back at the Texas Highway Patrol Headquarters in Corpus Christi after the incident the Patrol Captain fired off a letter complaining to the Base Commander in Kingsville for shutting down his equipment. The reply came back in true USMC style:

“Thank you for your letter. You may be interested to know that the tactical computer in the Hornet had detected the presence of, and subsequently locked on to, your hostile radar equipment and automatically sent a jamming signal back to it, which is why it shut down.

“Furthermore, an Air-to-Ground missile aboard the fully armed aircraft had also automatically locked on to your equipment’s location. Fortunately, the Marine pilot flying the Hornet recognized the situation for what it was, quickly responded to the missile system alert status and was able to override the automated defense system before the missile was launched to destroy the hostile radar position on the side of Highway 77 south of Kingsville.

“The pilot suggests you cover your mouths when cussing at them, since the video systems on these jets are very high tech. Sergeant Johnson, the officer holding the radar gun, should get his dentist to check his left rear molar. It appears the filling is loose. Also, the snap is broken on his holster.

My wife is an electrical engineer and instrument-rated pilot who needed to go to the Kennedy Space Center in connection with her work. She was authorized to land at the NASA Shuttle Landing Facility (KTTS). We first stopped at the StarPort FBO at Orlando Sanford International airport to pick up one of her colleagues. She called for and received the clearance and took off. As soon as we were handed off to Orlando Approach, a very stern imperative voice demanded, “November 72 Whiskey Papa, state your intentions.”

Sounding exasperated, Orlando Approach said, “You cannot do that. Prior permission is required.”

We had no further problems after my wife told him we had it and they should check with NASA tower.

We were soon handed off to NASA tower who told us to follow the Challenger on long final to Runway 33 and we circled the Kennedy Space Center Visitor Complex at 500 feet so the Challenger could back taxi on 33, since there are no taxiways at the Shuttle Landing Facility. We flew the low altitude circle and enjoyed the spectacular early morning view (see photo) before lining up and landing.

We visited the professional and friendly controllers in the NASA tower who told us they had gotten a call from Orlando Approach asking, “By any chance, are you expecting a Bonanza over there?”

We’re out. The well is dry. Don’t want reruns? Send us your cleverest or most embarrassing moment on the radio—or your favorite fix names or airport names—with a subject of “OTA,” to IFR@BelvoirPubs.com. Be sure to include your full name and location.