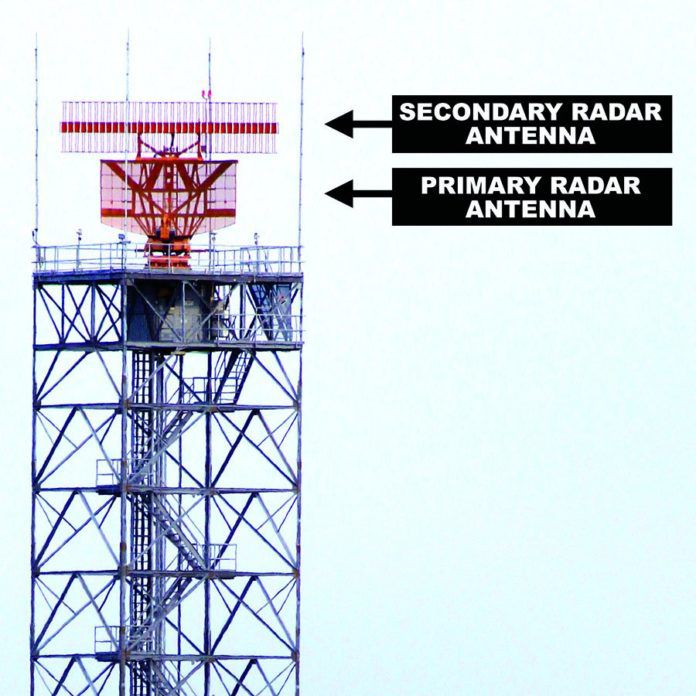 The runway is a blur as you ease back on the controls. Your wheels leave the earth. The GPS is programmed with your filed IFR route to a Class C field a couple hundred miles away. Tower tells you, “Contact departure.”

You switch frequencies and check in with Departure. “Departure, N234AB. Leaving 800, climbing 3000. Heading 180.” You’re hoping for a quick turn on course and a climb to your filed altitude.

Instead of the usual “Radar contact,” there’s an uncomfortable silence. Then, ATC says, “Check transponder on. Squawk 5122.” You check the box. The code’s right. It’s set to ALT. Uh oh. You tell ATC you’re recycling it, toggle it off and on, and perhaps give it a whack for good measure.

“Are you picking it up at all?” you ask, hopeful. Departure replies in the negative. Well, now what? After all, ATC’s own radar rules say, “Before you provide radar service, establish and maintain radar identification of the aircraft involved.” That’s a key part of IFR flight, and ATC as a whole. How can they work you with no transponder?

There are two types of radar used in air traffic control: primary and secondary. Primary is commonly referred to as “skin paint.” Radio waves shoot out from a rotating radar antenna, bounce off the “skin” of whatever they hit, and return to the antenna. These only determine a target’s location via its range and bearing from the antenna. The distance that location changes in the time between antenna sweeps is used to calculate its speed.

Transponders work on secondary radar, allowing ATC to observe both altitudes and squawk codes. Many secondary radar antennas are physically attached to primary radar antennas, scanning the sky as a single array. They transmit a signal on a specified frequency. When the aircraft transponder hears that frequency, it responds, at a minimum, with the aircraft’s squawk code and pressure altitude. The radar processes the reply. The secondary system can also determine target location from the transponder response.

ADS-B also relies on transponders. ADS-B-equipped transponders are interrogated by a network of fixed ground stations that simultaneously scan 360 degrees of nearby sky. By 2020, all aircraft operating within Mode-C veils will need ADS-B Out. Those aircraft will not only broadcast their squawk and altitude, but additional data like GPS location and the aircraft’s registration number.

Through technological sorcery, computers combine the primary target location with the secondary target location, altitude and squawk code, and, eventually, ADS-B-provided data, displaying them as a single aircraft target to ATC. The computer also checks the flight plan database for any flights with a matching squawk. If it finds one, it attaches all relevant plan data—including call sign, route, and aircraft type—to that target. Now, the controller not only knows where the aircraft is, but who it is, what it is, and what it wants to do.

Transponders are clearly important, so losing one can seem problematic. However, ATC existed long before the arrival of modern transponders. From the 1940s to the early 1960s, ATC only had primary radar available. Over half a century later, when an aircraft’s transponder fails, modern radar controllers are trained to use some “back to basics” primary radar techniques to work around the problem and identify aircraft.

So you’re still climbing out, annoyed at your failed transponder, when Departure tells you, “N234AB, radar contact. Turn left on course. Say altitude leaving.” Interesting. How did he know who you were? Simple: Tower told him.

ATC has stringent requirements for separating IFR aircraft from other traffic and obstacles. When a tower clears an IFR aircraft for takeoff, they tell the radar controller the aircraft is coming, so the right aircraft gets that separation. FAA Order 7110.65 5-3-2 (a) instructs Departure on how to “identify a primary or radar beacon target” by “observing a departing aircraft target within 1 mile of the takeoff runway end at airports with an operating control tower.”

There are also non-verbal methods. Some facilities are automated and the next departure’s call sign flashes on the radar controller’s scope. One entertaining method is a “drop tube” used by towers that sit directly atop their radar room. Tower controllers place a physical flight plan strip in a plastic holder and literally drop it down a tube. The strip tumbles into a bin beside the radar controller.

Towers with their own radar displays also check to see if departing aircraft’s transponders are coming up correctly. If Tower sees someone on the wrong squawk or showing no squawk, he’ll tell the pilot. What if troubleshooting doesn’t work, or—as in your case here—Tower didn’t catch it before switching the plane to Departure? Tower calls the radar guy and says, “Non-tagged target, one mile off the departure end is N234AB.”

In your situation, Departure spotted your primary radar target coming off the departure end of the runway. Based on the information given to him by Tower, he was confident it was your aircraft. Therefore, “Radar contact.”

Of course, that all relies on a control tower controller telling the radar guys who’s who. That obviously won’t work if you departed a non-towered airport, or you’re already airborne. ATC could be looking at a large number of airborne non-tagged targets. How can the controller tell which one is you if you’re transponder is dead?

Tell him where you are and where you’re going. If you’re calling ATC for a clearance or flight following, you should probably be including that in your initial transmission anyway. Give him a fix, a bearing and distance from that fix, and your current direction of flight. “Departure, this is N234AB. I’m five miles east Monroe field, heading east, looking to pick up my IFR to White Flats.”

Once ATC issues your clearance or your VFR flight-following request, and you both realize your transponder is on vacation, he may ask you to verify your location and direction of flight again. Why? It’s another 7110.65 method of identification.

Section 5-3-2 (b) states a controller can ID an airplane by “observing a target whose position with respect to a fix…or a visual reporting point…corresponds with a direct position report received from an aircraft, and the observed track is consistent with the reported heading or route of flight.”

Primary radar is great at tracking target position and direction of flight. Give ATC an accurate location, and they can figure out who you are by process of elimination. Is there only one eastbound target five miles east of Monroe? He can deduce that it’s you, hopefully leading, once again, to “Radar contact.”

Well, what if you’re not the only plane in that location? The sky’s big and there are plenty of airplanes in it. There may well be multiple targets in your vicinity.

ATC can also identify you if they’ve “Observed a target make an identifying turn or turns of 30 degrees or more.”

The controller will tell you to turn left or right and watch the targets near your reported location. If only one starts to turn in the commanded direction, they’ll know it’s you. However, if multiple targets are maneuvering in the area, it might take some patience and repeated turns before ATC can narrow things down and say, “Radar contact.”

This method may also take some time, depending on what kind of facility is watching you. Approach facility ‘scopes generally run off a single radar site that updates every six seconds and can track targets out to approximately 60 miles. Turns are quickly observed. Center radars spin more slowly—one cycle every twelve seconds—and scan a lot more airspace. Center radar can take longer to notice your turn, especially if you’re slow.

Filling in the Blanks

Once ATC figures out you’re really you, several things happen behind the scenes. Using keyboard entries, the controller manually tags your primary target so the computer knows that target is you. The target will then display your call sign, aircraft type and relevant routing information.

But, without your transponder, you still have more to do. You’ll need to keep ATC informed of your altitude. When you change altitude, for instance, we usually ask your status. Examples? “Report level at (altitude).” “Report climbing/descending through (altitude).” “Report beginning your descent on the approach.”

Keep your altimeter settings current too, since ATC can’t crosscheck for accuracy. IFR traffic needs a minimum of 1000 feet of vertical separation between you and other IFR aircraft, so this is critical stuff.

It’s a bit different, too, when ATC hands you off to another sector or radar facility. Automated handoffs normally rely on secondary radar beacon codes. While the facility working you has already tagged your target, the tag doesn’t necessarily carry over to the next facility. The receiving controller might only see an unknown primary target approaching his airspace.

In those situations, the first controller calls the next controller with a verbal handoff, “Manual handoff. Primary target, fifteen miles east of Pope, is N234AB, reported level at 5000.” It’s kept short, saying where you are, who you are and your altitude. The receiving guy then manually tags your target again. The process repeats as you fly through facility after facility, until, finally, the last radar controller will likely tell your destination’s tower about your primary-only status.

It takes more effort to make a no-transponder flight successful, and there are certain restrictions. However, with a little luck and some teamwork both on and off frequency, chances are it won’t be nearly as painful as the repair bill.

For Tarrance Kramer, workarounds and manual coordination are just two more things to keep him on his toes while working traffic out in the Midwest.