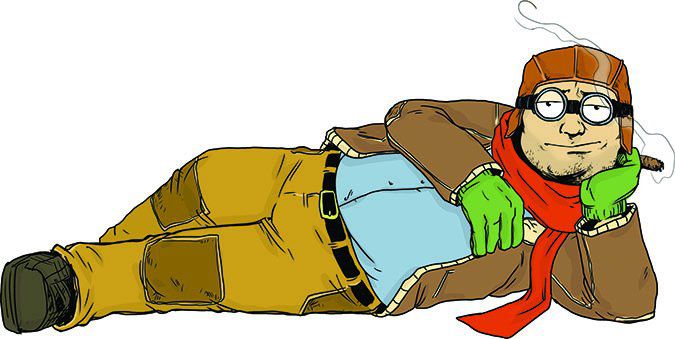 The weather uplink near my destination impersonated the epicenter of a measles outbreak. Corpuscles of green, yellow and red advanced from the southeast, and were popping up north and west. I wanted to avoid the infection.

Me: “Houston Center, Skylane 182SP request change destination to Hooks. I am not going to tempt the weather at Brenham.”

To me, it was an easy call. But I’m applauded so seldom by ATC I felt a glow. It got brighter a few minutes later.

Two frantic calls from a Mooney and King Air who got too close to the virus were returned with vectors to Lufkin to join the arrival procedure. As I reached for my iPad, I inquired, “Houston Center, N182SP. Will I get vectors for an arrival?”

Returning from a trip to California we were about 20 miles south of Las Vegas and being vectored on a 360-degree heading directly over McCarran International to North Las Vegas when the following exchange took place:

Approach: “Cirrus 05X, never mind. Return to heading 360. Our computer is messed up. Sorry about that.”

After settling down and back on course we had a very nice view directly over McCarran airport and the Las Vegas Strip.

On a beautiful late-summer Saturday in northern New Jersey, a very busy New York Approach controller barked, “To all aircraft on the frequency, be advised there are multiple VFR targets in the vicinity of everywhere.”

For pilots with a musical bent, you will find these interesting waypoints in DOOBI TWO (RNAV), SKNRD THREE (RNAV) and WHACK TWO (RNAV) arrivals into KIAH (George Bush Intercontinental Airport/Houston).

On Christmas day, like many grounded pilots, I was noodling around with ForeFlight on my iPhone mindlessly checking out the METARs at our nearby airports when I came across this report from Rickenbacker Airport:

Remarks (In all caps and red letters): MAGIC REINDEER DUST.

Wanting to sharpen my radio skills, I was monitoring the ATC channel on my commercial flight’s in-flight entertainment system, and heard this exchange:

Center: “United 123, Chicago Center. We have pilot reports of a rough ride up in the 30s and really turbulent in the 40s.”

Send us your cleverest (or most embarrassing) moment on the radio—or your favorite fix names or airport names—with a subject of “OTA,” to IFR@BelvoirPubs.com. Be sure to include your full name and location.