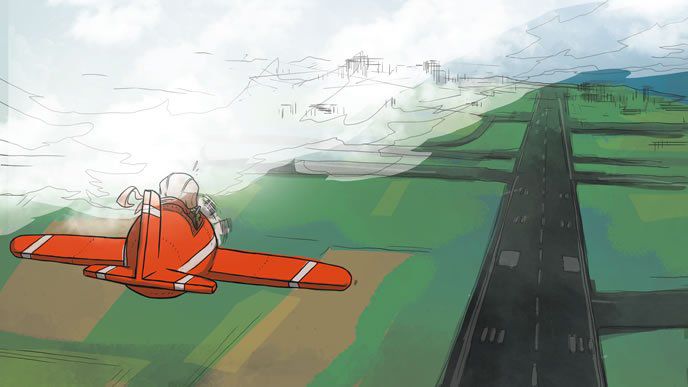 I once undertook a ferry flight that was, well, dumb. Similarly, a type-specific magazine I get recently ran a true-confessions story by a pilot who, in the clarity of hindsight, probably should have missed, not landed.

Most of us “accomplished pilots” (as the masthead says) can do far more in an airplane than we should. What does that mean? Well, I mean we probably could, for example, safely fly an airplane that isn’t quite “airworthy” or perhaps we could complete an approach to a landing using “abnormal maneuvers” and live to tell (or brag) about it later.

But should we? Obviously not, but we often do, anyway. Whyizat? What makes us do all those dumb things? I think the top answers are a tie between our, ahem, “need” to get the job done and simply our own expectations locking our thinking.

For example, the weather today is good, I’ve got the time, the shop has the time, and I’m busy for the next couple weeks. I’m just going to fly over to the other airport to the shop that can figure out why all the pitot-static instruments are in fantasy land.

I’ve got thousands of hours and I fly every week. Never mind that I’ve not flown this make/model in about 10 years. The weather is fine. I can fly without an airspeed indicator; in fact the examiner even covered mine when I took my CFI ride mumblety years ago. Altimeter? Who needs an altimeter in severe clear? No problem; I can do this. But I never asked myself if I should.

Or, perhaps you’ve got a fuel blockage in one tank, with only 30-minutes fuel in the other and you’re a few dots off on the localizer as you near mins on that ILS. You just want to land. It’s reporting above minimums, you’re sharp and current, so when you began this escapade with a requested vector right at the FAF to save time, it simply was beyond your comprehension that you’d do such a crappy job on the approach.

So you merely kept trying to fix it and ended up with what could only be described as a divergent lateral spiral down final. When you broke out and saw the runway, um, waaaaay over there, you naturally just cranked and banked to get waaaaay over there and landed.

Cirrus has its parachute system. Maybe the rest of us need a “dumb idea” button that’ll just force a go-around or prevent a takeoff. It should be in the middle of the panel to reach it from either seat.

When we pull antics like these, we’re focused on the goal and tasks at hand, not safety. As I’ve said before, the best safety tool we have is to imagine an examiner in the seat next to us. Not enough? Then consider how the accident report would read if it goes wrong.

The challenge is to keep those concepts in your thinking. Then, if those aren’t enough, please consider that it’s no honor to grace the pages of our January feature ridiculing the dumbest of the stupid pilot tricks.