Not every threat is directly controlled by someone on the ground. Some are just lazily drifting about, riding the winds, rising into the skies on their own.

Of course, I’m talking about balloons. And not just party balloons either. Large balloons are used in many scientific fields, including meteorological research. An estimated 90,000 free balloons are released every year. The National Oceanic and Atmospheric Administration alone launches 102 weather balloons from sites around the United States, the Caribbean, and the Pacific.

Balloons come in many shapes and sizes, but as they climb higher, they all expand and get larger in the dropping atmospheric pressure. A StratoStar weather balloon—a classroom education tool—starts off at about eight feet in diameter, but expands to nearly 35 feet, comparable to the wingspan of a piston single. Other types get far bigger than that before they burst and fall back to Earth.

The balloon is just part of the package. It carries a payload that can consist of a large number of meteorological and other scientific instruments. That small StratoStar model can carry a 12-pound payload. If it drifts into the path of an airliner doing .80 Mach at 36,000 feet, it’s gonna be a bad day. PIREPS are critical.

Even with a pilot report, a balloon’s unpredictable nature makes it difficult to pin down. Quoting one controller’s statement: “I was giving advisories of the last known position of the balloons; however, when the aircraft spotted them they were in another area and at a different altitude. Some of the aircraft came fairly close to the balloons. Other aircraft said they were in the clouds… where they didn’t have a chance to look out for the 50-foot balloons.”

Balloon launches aren’t well coordinated either, compounding the problem. From another report: “Someone launched a balloon… into the path of about six… arrivals… I felt the situation was unsafe enough that I vectored the aircraft away from the last known position of the balloon. The balloon hit FL300 the same time as our arrival where inbound [aircraft] have to descend to that altitude. One pilot commented how they were uncomfortable with that balloon being in that general location and me not knowing where it is.”

While the chances of striking a balloon are small, it happens. Since 2012, there have been 14 balloon/aircraft collisions. If you see a balloon, report its position, altitude, color, and size to ATC, so they can advise other aircraft. 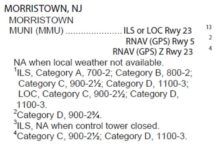