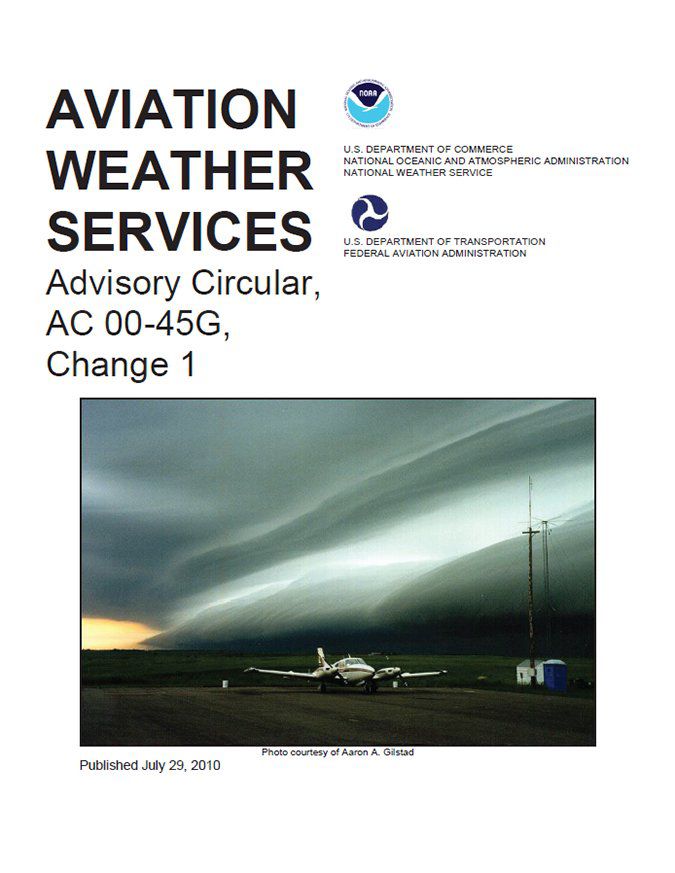 Advisory Circulars are perhaps the least-read material published by the FAA, quite possibly due to their bureaucratic-sounding name. But if you’re willing to go on a little scavenger hunt, you’ll likely find in-depth information on some of your favorite topics. There are hundreds of ACs, from how to build an airport to the inner workings of airworthiness standards. Of course, most of these have limited appeal, but if you just want some good nuggets about operating in the system, there are plenty of pilot-friendly items, too.

Think of ACs as supplements to the federal aviation regulations, providing guidance on specific subjects. A good number of them are related to the regs we know best—14 CFR Parts 61, 91, 121 and the like. Most are in the 10- to 20-page range with appendices, although a few are book-length.

Each AC carries a serial number based on the section of the regs and the edition, if applicable. For example, the 60 series includes ACs relevant to Part 61 (Airmen). AC 61-98C, “Currency Requirements and Guidance for the Flight Review and Instrument Proficiency Check,” was updated in November 2015 to replace (“cancel” in FAA-speak) AC 61-98B from 2012.

The heading of an AC also displays the date issued and which FAA entity created it. AC 61-98C came out of AFS-800, Flight Standards. (If you’re truly curious about FAA branches, divisions and offices, you’ll get more than you need with some digging on www.faa.gov.)

Like the Handbooks section of the FAA’s online menu, the Advisory Circular page isn’t user-friendly for its organization. Finding—or re-finding, as the case may be—a particular AC can be a bit tedious. An online search of the desired topic, along with the keywords “FAA Advisory Circular,” is the quickest way to find something.

This is because on the FAA’s AC list, each menu topic, such as 60, for “Airmen,” is followed by subtopics, such as “Certification: Pilots and Flight Instructors,” but if you click on “Airmen” you get a potpourri of 14 ACs that are different from the ones you get by clicking on a subtopic.

To make matters worse, the topics don’t always contain the things you’d expect. For instance, if you want stuff on IFR approaches, don’t bother clicking on “Standard Instrument Approach Procedures” as there’s only one document listed: “Runway Visual Range (RVR).” This AC is about RVR measuring equipment, dated September 28, 1977. You might very well enjoy reading this, but it’s obviously tangential to IAPs.

Most of the ACs about IFR operations get more into certification and airworthiness regs, but there are a couple worth looking at. AC 90-107 discusses LPV approaches and 90-108 is on the use of RNAV. You can find both by clicking on “Air Traffic and General Operating Rules” from the main menu.

This brings up another gotcha: The first listing on the AC menu, generically labeled 00 for “General,” hides some of the good stuff on weather, including aspects of datalink weather, turbulence and mountain winds. Part of this appears to stem from the fact that ACs come from various agency offices, and are added or updated over decades, so they are not always deposited in the obvious place. Many, as a result, are gathering digital dust.

Icing, Aircraft and You

Among the best is the recently updated AC 91-74B, Pilot Guide: Flight in Icing Conditions. Written for airline, corporate and light aircraft operators, it combines a now-cancelled AC on de-icing/anti-icing operations into a comprehensive document.

This AC goes beyond the well-known basics such as types of icing, icing weather, and planning considerations, and includes aerodynamic considerations. Specifically, it discusses tailplane icing and the effects on ailerons, such as the phenomenon called “aileron snatch.”

There are additional advisory circulars on icing if you want greater detail. They’re not all in one place, so do a search of “icing” from the AC menu and you’ll find a couple dozen documents—several on ground de-icing as well as those specifically for Parts 135, 121 and transport aircraft. Wondering about a how flight test program for Part 25 certification works? There’s an AC for that, 25-25A.

The Goods on Weather

For the big picture, AC 00-6A, Aviation Weather For Pilots and Flight Operations Personnel, is a book-length primer for meteorology and related hazards. One caveat: it promises “up-to-date and expanded text” but it’s from 1975, archaic illustrations and all. Still, the basic science hasn’t changed. The 16-chapter book includes a couple of interesting niche sections, one on soaring weather and one on the arctic.

Follow that with the more useful 00-45G, Aviation Weather Services, from 2010 and you’ve got a dense field guide to the National Weather Service, which provides a huge array of charts, forecasts, and data. Interpreting METARs and other NWS products is at the core of the guide, and using it is much more convenient than digging through the AIM. Plus, it offers little-used terminology such as International Aviation Route Forecasts (ROFOR).

A nice chapter in the book is the one on radar as it reviews how weather radar works and has tips for interpreting the images. If you haven’t yet read about “ghosts” and “angels,” these occur when bats, bugs or weather phenomenon get in the way and clutter up radar maps with strange blotches of color. Where else could you learn this stuff?

Better yet, there’s more on icing. This is where you can get explanations of how the NWS’s two main tools, Current Icing Product and Forecast Icing Potential, get assembled. Naturally, both have their limitations and interpretation methods, which are outlined in Section 9.

The old weather book notwithstanding, the AC on weather services is surely due for an update to incorporate changes in the cockpit as much as changes to NWS products. For the time being, there’s an AC just for datalink weather (00-63A, 2014).

This acronym-heavy document is not the most exciting to read, but this is what you’ll want to get familiar with as every component of cockpit weather has its own terminology, connection method and update interval. What’s more, it has a list of related ACs for weather, electronic flight bags and, of course, the AIM.

For the FAA’s rundown on Automatic Dependent Surveillance-Broadcast, ADS-B, see 90-114A from 2014, updated from 2012. This could very well be the anchor reference manual for most operators as it offers all the relevant terminology, operating aspects and documents for further reading, such as related Advisory Circulars, regs, and Technical Standard Orders for each piece of equipment. It even gets into international operations and lists references for learning about ADS-B around the world.

Keep digging through with the mouse and a few more gems show up. Mitigating the Risks of a Runway Overrun Upon Landing (91-79A) is a nice one as it provides some technical details on aspects of contaminated runways such as the use of reverse thrust. Most of the AC is made up of three appendices on training, the regs and calculating landing/stopping distances.

General Aviation Controlled Flight into Terrain Awareness, AC 61-134, says it all, outlining the FAA’s recent safety campaigns to mitigate the CFIT accident record and listing a number of handbooks and ACs, such as 90-97, Use of Barometric Vertical Navigation (VNAV) for Instrument Approach Operations Using Decision Altitude, and 120-51D, Crew Resource Management Training.

Advisory Circulars, like other FAA documents, contain loads of information you might not know, but probably should know. Check ’em out; you’ll be sure to find a few more useful additions for your virtual bookshelf.

Elaine Kauh is a CFII in eastern Wisconsin. She’ll read a lot of ACs but draws the line at 00-66, Selection of Cyclic Redundancy Code and Checksum Algorithms to Ensure Critical Data Integrity.