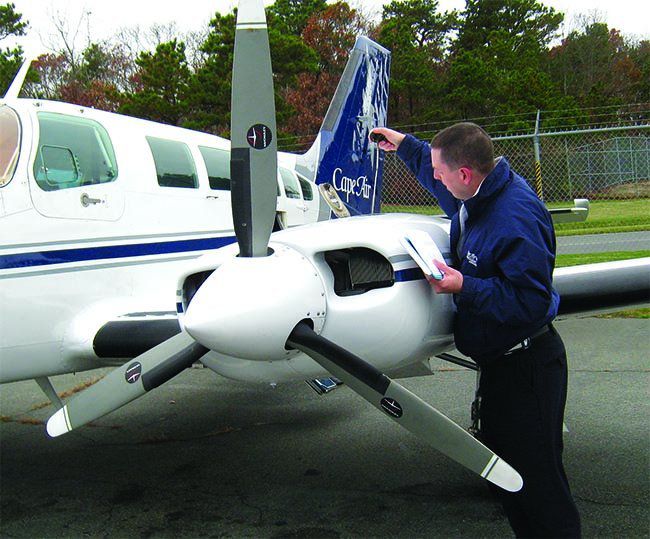 If you operate a turbocharged Continental, you might want to emulate Cape Air’s technique for managing speed on the ILS. They set the power and then use drag rather than power changes to control rate of descent. This includes dropping gear to get down to a non-precision approach MDA and then retracting it again for the level-off. Apparently some ex-airline types balk at this at first.

That may sound extreme, but Cape Air’s engines fare so well that they have a legal TBO of 2700 hours. Normal TBO is only 1600 hours. Bill Cush says they probably could go longer, but more than 2700 hours was starting to make them nervous.

The airline is also just now going GPS, installing Garmin GNS 430Ws in all their aircraft. The FAA is helping foot the bill because Cape Air is part of an initiative to explore how WAAS GPS can benefit safety and efficiency. The airline will get straight-in approaches to all runways it serves. Even for a top-notch pilot, circling in low visibility or at night is a challenge. But they will also get some GPS-glidepath approaches at a higher angle to keep them above wake turbulence of bigger aircraft at large airports, like Boston. One of Cape Air’s accidents was from a wake-turbulence encounter. They will also get their VFR arrivals available in the GPS database to load and fly. Call it a touch of NextGen showing up in real-world flying. —JVW