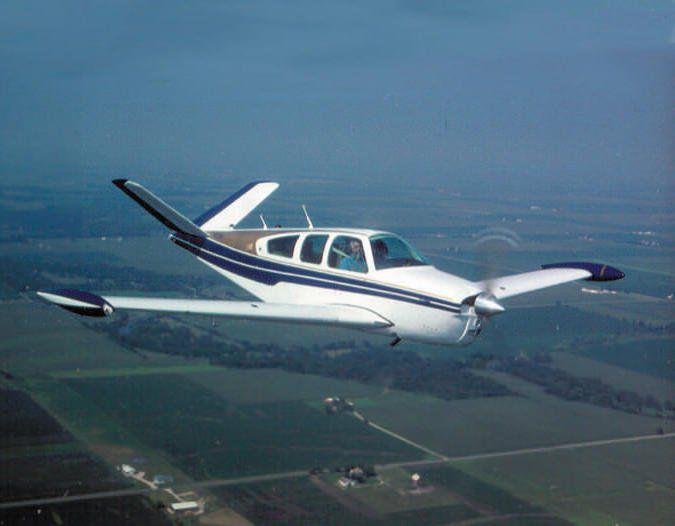 Each year I pore through between 1500 and 2000 NTSB accident/incident reports searching for bonehead pilots who heed the siren’s call of stupidity and invent creative means of destroying a variety of aircraft without killing anyone. To walk the “Stupid Pilot Tricks” red carpet requires a willingness to ignore good airmanship and, frankly, dance with fools.

I’m never disappointed in the number of contestants, most of whom were flying VFR. It’s time, now, to expose some of the IFR antics up there. Caution: jaded detachment is strongly suggested.

In the annual “Stupid Pilot Tricks,” we never poke fun at the dead. It’s not nice and there are so many VFR pilots who stupefy and survive that it isn’t necessary to go grave-digging. IFR flight doesn’t offer that blanket option. If you screw up in the clag, the results are more likely to be fatal. That’s the compact we accept when launching into the clouds. Can’t handle the potential consequences of IMC failure? Then fly where the sun do shine.

Stupid Is As Stupid Did

I’ve been scared twice in 43 years of flying, and by, scared, I mean “Holy guano, this is it….” Once was when stupidly scud-running in a 1949 needle-ball-and-airspeed-no-compass Piper Clipper and did the junior birdman trick of continuing VFR into IMC. Almost died.

The second brush with a stupid demise occurred in a minimally-equipped 1951 Bonanza in 1990. I like old airplanes. I don’t like stupidly flying IFR. Although, I was legally inside the clouds, unforecast thunderstorms showed how little the sky cares about our administrative righteousness. It was ugly, but I survived after a cobbled-together VOR approach into a small airport, where I would’ve traded the old V-Bo for four fingers of Glenfiddich and a bus ticket home.

Point is: Flying IFR stupidly makes anyone fair game for review here, so consider this Bonanza accident from December 2014 in Texas.

This experienced pilot flying good stuff on a 90-minute, single-pilot IFR trip, began in daylight and ended 43 minutes after sunset. Destination weather was 600-foot overcast, visibility four miles in mist. Winds were northeast at four knots, with temp and dewpoint eight and seven respectively. It was all certainly doable.

The pilot tried six times to shoot ILS and GPS approaches. On four of the approaches, the pilot flew through final, and the controller terminated the approach. The NTSB reports on one approach, “the pilot was performing S-turns on final.” As a former approach controller (long ago) that makes my skin go clammy. Yeah, when an IFR flight crashes, the pilot and passengers might die, but there’s always a controller who rides along in the emotional jump seat.

The sun set during the third approach, and the controller, seeing no end, asked the pilot’s fuel status. The pilot replied, “eight hours.” ATC suggested an ILS approach with vectors to final. It doesn’t get much easier. After the fourth fouled-up approach with a panel that should be anything but to die for, the controller suggested the pilot divert to VMC. It’s like the manager walking out to the mound after the pitcher beaned four batters in a row. “It’s not your day, kid, and it ain’t gonna get better.” The pilot declined, saying he was minimal fuel. What happened to the “eight hours”? Don’t know. The pilot wanted another try.

For #5 the pilot requested the full procedure, no vectors, “no shortcuts.” He was determined. ATC can’t reach into the cockpit—not yet, anyhow—and undo an evolving disaster. The controller rides along like an anxious muse who can only make suggestions and, ultimately, carry out the pilot’s will. The controller even asked the pilot “if it might help to talk to a different controller who was also a pilot.” The pilot would have none of that.

ATC cleared the Bonanza for the RNAV GPS 35, but within a minute the target wandered off course. The pilot, now, requested a vector to final. The controller vectored the Bonanza to the same IAP, and, once again, cleared the pilot for approach #6. The pilot responded saying, “I’m getting tired of flying this airplane.”

This is the crap that gives controllers nightmares long into retirement. Again, the controller asked if the pilot would prefer to divert to VMC. The pilot responded that he was determined to land at HQZ, as flight-planned, and would “keep working until we get it.” Note the first-person plural, “we.” We, the pilot, the Bonanza … and the controller.

We Are Not Amused

A sitcom, pee’d-my-pants-but-everyone-laughed ending would be sweet here, but two minutes into the sixth approach, the Bonanza that would not quit trying, quit flying. The NTSB reported: “The airplane impacted terrain in a nose low, right wing down attitude and the engine impacted 28 feet beyond the initial impact point, creating a 4-foot deep crater. The aircraft tumbled and separated into multiple pieces. The fuselage came to rest 110 feet beyond the initial impact point.”

Conclusion? Ain’t none other than the obvious. A qualified instrument pilot, flying a fine instrument platform in adequate conditions, found every way to auger himself, an airplane and, by extension, an air traffic controller miles away into unnecessary tragedy. Pushing your limits is one thing; ignoring reality is unacceptable. Go figure…because I can’t.

Perhaps the pilot had insufficient experience with the toys in the panel. If we assume that’s the case, the obvious lesson is not to attempt any real IMC until you can, well, fly the new toys.

Regardless of the reason our determined pilot needed six tries to get it seriously wrong, the other take away is to have some kind of Plan B at hand and to be ready to admit when Plan A just ain’t workin’. Perhaps that way you can live long and prosper.

Having scared himself enough in IFR situations, Paul Berge, editor emeritus of IFR, now flies his Aeronca and enjoys both eyes on the scenery.