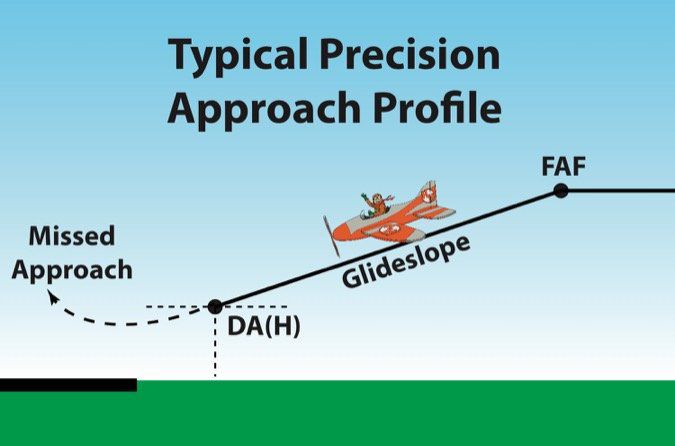 I’ll admit it: I enjoy searching out some little-known gems in the regulations. Some, of course, are items we should know—but often don’t. Others are almost so esoteric that it simply might not matter to most of us.

Let’s poke around and see if we can teach you something. Better yet, perhaps we’ll uncover a misunderstanding you had. In the extreme case, we might even save you from a bust someday.

Recently, I was discussing transponders with a retired airline captain. He was adamant that a transponder is required to fly IFR. Actually, a transponder isnot requiredto fly under Part 91 instrument fight rules. It’s the airspace, not the type of flight, that determines your requirement for a transponder.

Perhaps you’ve heard that you must have ADS-B Out by January 1, 2020. Will you be able to fly after that date without ADS-B Out? Yes; ADS-B Out is only required in the same airspace where a transponder is currently required. Your reference is 91.225 which reads similarly to 91.215.

According to the FAA NextGen Team, only two to three percent of the airspace below 10,000 feet MSL will require ADS-B Out. For your state you can calculate the percentage by summing the Class B and Class C airspace and divide it by the area of the state. Interestingly, that’s 0.06 percent for Alaska and about 22 percent in Florida.

But like the need for a transponder, lacking ADS-B Out has limitations, especially as NextGen further evolves by determining your position from your ADS-B GPS position, instead of radar returns. Like a transponder, though, ADS-B Out is required in most airspace above 10,000 feet MSL.

Legally you can continue to use an installed 121.5 MHz ELT, but the satellites listening on 121.5 were decommissioned in February 2009. ATC and many aircraft do monitor 121.5, but there is no guarantee of coverage or response. If you still fly with only a 121.5 MHz ELT, your best bet is to assume that no one is listening. All 406 MHz ELTs also transmit a low power 121.5 MHz signal to allow the Civil Air Patrol and Coast Guard to locate the beacon because we cannot home in on 406 MHz digital bursts.

If you decide not to preemptively replace your 121.5 MHz ELT with a 406 MHz one, then consider getting a Personal Locator Beacon (PLB) that transmits your unique identifier along with GPS coordinates on 406 and 121.5 MHz. The response time to 406 MHz signals is astonishing, as I’ve discovered twice during annual inspections on my airplane.

Assuming that at the missed approach point (on glideslope at DA for a precision approach and along the final approach course at a pre-determined point at MDA for a non-precision approach) and assuming that none of the 10 items specified in 91.175 are visible, can you descend further? Yes you can from DA, but you can’t from MDA: “…no pilot may operate an aircraft, … below the authorized MDA or continue an approach below the authorized DA/DH…” This is supported by the Instrument Rating Airplane Airman Certification Standards. For a non-precision approach, Task A states: “Maintain the MDA, when reached, within +100 feet, -0 feet to the MAP.”

But, for a precision approach Task B states: “Immediately initiate the missed approach when at the DA/DH, and the required visual references are not unmistakably visible and identifiable.” There is no altitude tolerance, and there’s no prohibition on operating below the DA.

Thus, an airplane can go below DA while on the miss. On a non-precision approach, an aircraft must climb without going lower.

During a precision approach, the aircraft is constantly descending to the missed approach point and begins reversing the descent into a climb at DA. Due to inertia, this transition does not occur instantaneously and the airplane will dip below the DA. With light aircraft the dip isn’t dramatic. However, a heavy airliner on a CAT II approach at a radar altimeter DH of 100 feet, can “kiss” the runway, presumably adding a bit of excitement for the passengers.

This change to the ACS and PTS is a policy change issued as an administrative action. But, the commercial single-engine certificate still requires 10 hours complex dual per 61.129(3)(ii), probably because it’s a lot easier to change policy than the regs. Perhaps a reg change is coming…

Additionally, the FAA published in the Federal Register on May 16, 2016 a Notice of Proposed Rule Making (NPRM) that would allow Technically Advanced Airplanes (TAAs) to be used in lieu of the 10 hours of complex dual. This regulatory change would allow, for example, a G1000 C172 to be used. This NPRM is still in regulatory limbo.

The regulations define PIC as the appropriately rated person who has final authority and responsibility for the flight or has been designated as PIC before or during the flight.

Of course, when the pilot is acting as the PIC he or she can log PIC time. However, 61.51(e) allows a pilot who is the sole manipulator of the controls to log PIC time (even on autopilot). This brings up some possible scenarios:

A. Two rated pilots, one acting as PIC and the other the sole manipulator of the controls in an airplane requiring only one flight crewmember. Only one can log PIC time.

B. A rated pilot as the sole manipulator of the controls or acting as the PIC and the other pilot, a CFI providing instruction. Both can log PIC time.

C. A student pilot flying solo (with a solo endorsement, of course) who is “undergoing training for a pilot certificate or rating” can also log PIC time. Why is this relevant to instrument pilots? Because 61.65 states that a candidate for an instrument airplane rating needs 50 hours of PIC cross-country time. All student pilots should log all solo cross-country time as PIC, and if desired, also as solo time since he or she is the “sole occupant.”

Adding a Category or Class

Let’s suppose you wake up one morning and decide you really need a rotorcraft-helicopter rating in addition to your private airplane SEL certificate. (See 61.63.)

Luca F. Bencini-Tibo has indicated that he has no interest flying an aircraft that has aircraft parts flying in close formation, aka a helicopter.