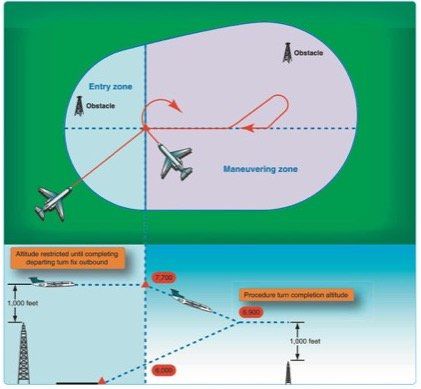 Recently, at an IMC Club meeting, a newly instrument-rated pilot took out a VOR approach chart and asked what the hook-like line meant.

His question rocked my boat: A newly-rated pilot didn’t know what a procedure turn was. Compounding the issue, he said his instructor didn’t know either.

Have we devolved to where at least one instructor couldn’t answer so basic a question? Admittedly, we now focus on RNAV approaches that use holds-in-lieu of procedure turns. Older ground-based approaches get short shrift. Contributing to this trend, many new instrument instructors have learned on G1000’s or the like and are unable to fly round dials.

Although you were taught how to fly procedure turns, it’s likely your instructor covered only the essentials. Consider this an advanced course on the procedure turn, starting with the basics.

Look at the ILS or LOC RWY 17 at Crestview, FL. The approach begins at KOBRA, the IAF, which can be ugly approaching from any direction but south. The area south of KOBRA is called the entry zone and offers 1000 feet of obstacle clearance, as does the PT itself, called the maneuvering zone.

Establish yourself on the reciprocal of the ILS localizer course, 351 degrees, and fly outbound on the localizer. Since you’re outbound on the front course, remember to correct away from the needle on the localizer. (See, “Reverse Sensing” and “Reverse Sensing—HSI” in the June and July 2016 issues.) Two minutes is usual. Then turn to the outbound procedure turn heading of 036 degrees. The Instrument Flying Handbook specifies flying that heading for 40 seconds, although many of us were taught to fly it for a full minute. Either is fine so long as you remain inside the limit. Then, make a standard-rate left turn to 216 degrees and join the 171-degree localizer.

During an IPC, a pilot asked if it was necessary to fly the barbed procedure turn shown. Digging into my wayback machine, I answered yes—it’s in the AIM and the barb is a thick black line, making it part of the approach. I added that it’s unnecessary if cleared straight-in, receiving vectors to final or if the chart stated NoPT. Timed approaches from a holding fix also omit the PT.

A pilot must fly the altitude specified for the procedure turn or higher until established inbound. Normally, the profile view specifies a distance within which the PT must remain, typically 10 miles. However, it may be five miles if only Category A or helicopters are being flown, or as large as 15 NM for high-performance aircraft. Approach features within the plan view are normally drawn to scale; however, only the data within the reference circle, if any, is always to scale.

With ATC approval you may fly the procedure turn even if not required, perhaps to lose altitude or to better prepare. Perhaps the greatest ambiguity in all IFR is when to fly a procedure turn if you have not been told to expect vectors to final or cleared straight-in. Only one thing to do: ask for clarification. If you can’t, fly the full approach as published.

A few years ago, a Potomac Approach controller violated a pilot for taking a turn in the hold before flying inbound. The pilot was vindicated when the tapes proved that the controller never issued vectors or straight-in instructions or even an altitude to imply clearance for the straight-in. The pilot could have avoided all that if he’d just asked.

Controllers’ needs can change. Once a student was flying toward an IAF at approximately right angles to final. He asked the controller if he was expecting the procedure turn. He said, “That is what I expect.” Three hours later, flying the same approach with another student and a different controller, her answer was, “Do whatever you want.”

There is a controller rule that if joining an inbound course forces too sharp a turn to join the final approach course, then the PT must be flown. Sometimes controllers will fudge it if you’re close and ask if you want the PT. At 90 knots a tight turn is easy, and we generally decline it.

Procedure turns are designed to accommodate indicated airspeeds of 200 knots or less. Turn outbound shortly after the PT fix; you needn’t wait as long as it sometimes looks on the chart.

Older approach charts might have a note in the profile view, “Maintain (altitude) or above until established outbound for procedure turn.” Newer procedures simply have an “at or above” altitude in the profile view. If there is no note, the minimum altitudes in the PT entry and maneuvering zones are the same.

These zones make it safe to approach the PT fix from any direction and even overshoot, onto the outbound leg of the PT. Some approach procedures allow straight-in approaches only if pilots are being radar vectored. Lacking radar, pilots are required by the procedure to complete a PT or other course reversal to establish the aircraft inbound on the intermediate or final approach segment.

While FAA approach charts show the well-known 45-degree turn, where you start the turn and the type and rate of turn, is left to you. Turns may have to be increased or decreased but should not exceed 30 degrees of bank. Note that the headings are shown on the same side of the barb as you’re expected to fly.

At your option you may fly an 80/260 turn, a teardrop in several variations, a base turn or a racetrack pattern. You might choose one of these to lose altitude, stay clear of weather, just for timing, or to accommodate a lengthy delay.

Unusually, a charted teardrop procedure may be required to reverse course. Such is the case on the ILS or LOC RWY 32 approach at KDHN in Dothan, Alabama. This approach is unusual, to say the least, because it has two DME arcs plus a teardrop entry to join the final approach course. Starting at the WIREGRASS VOR, fly 155 degrees until beginning a left teardrop turn—at an unspecified point—while staying within the 10-mile arc. Continue the turn to join final. The note in the profile view says to teardrop leftwithin 10 NMof the VOR; you need not take it all the way to the arc.

A charted teardrop helps an aircraft both reverse direction and lose substantial altitude in limited space. At KDHN, an IF is specified at CABTA. If there is no fix to denote the beginning of the intermediate approach segment, such approaches assume that the segment begins 10 miles before the FAF, and that the final approach segment begins 10 NM from the navigation facility, here the ILS.

The depicted teardrop turn must be executed if WIREGRASS is the IAF. Since there is no procedure turn barb on this plate’s plan view, none is authorized. Some approaches have no charted way to reverse direction. That means the only way to the final approach course is via radar vectors and you can expect a big RADAR REQUIRED note in the plan view.

There is a potential “gotcha” for pilots flying GPS, because the same waypoint might be used as an initial, final, and missed approach waypoint (not the case here). Be sure the GPS sequences to the correct waypoint for the segment of the procedure being flown. For instance, if you skip the initial approach waypoint, it may be necessary to activate the next leg to the final approach waypoint to start automatic sequencing at the right place.

Procedure turns will one day join round dials and VOR approaches on the scrapheap of aviation history. Even so, nearly 2000 VOR approaches remain on the books today. As instrument-rated pilots we are expected to be able to fly any published approach provided it does not require special equipment or training. That proficiency includes the essential, if unloved, procedure turn. 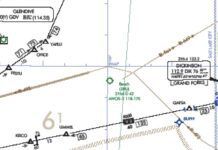 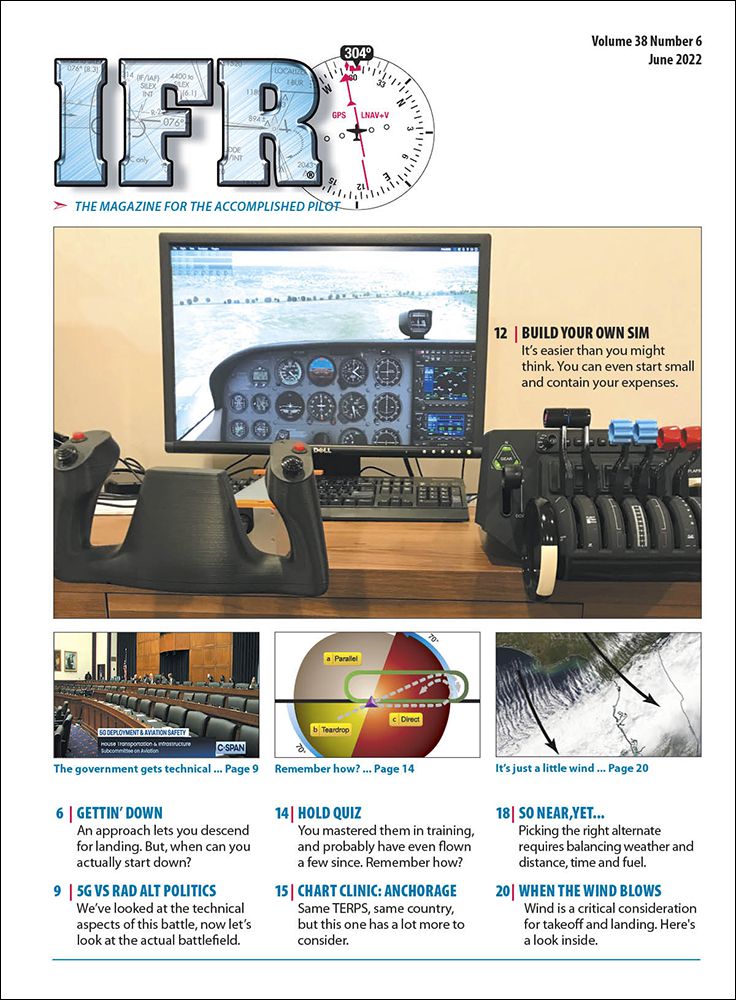