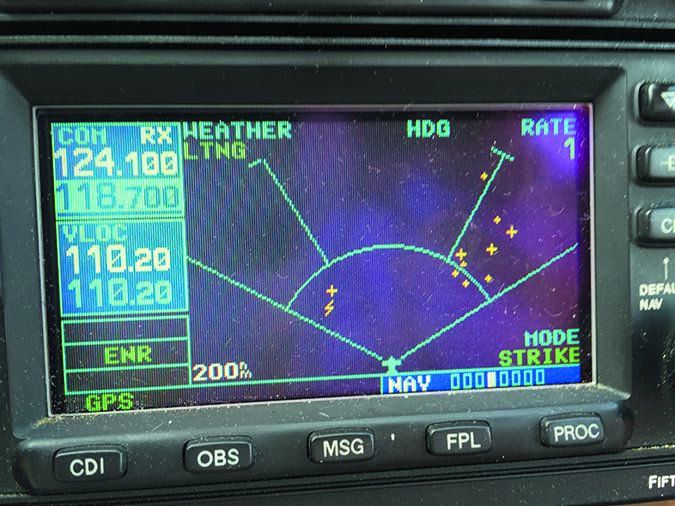 Fred Simonds responded to Troy Whistman’s “Upsetting the Rhythm Upset” (July 2016 “Readback”) comment by saying: “Yes, it would have been possible to make left traffic for Runway 13. However, in order to do so, we would have had to cross over the active runway. As best I can recall, no controller has ever asked me to that.”

When I was based at PDK airport, a very busy airport in Atlanta, GA used by many business jets, the tower would routinely route smaller aircraft approaching from the east “to cross over mid-field at or above pattern altitude and enter a left downwind for Runway 3L.” Doing so while there were other aircraft in the pattern, landing and taking off. The reason was to keep the longer Runway 3R open for business jets landing and taking off. In this instance, a pilot would be crossing over two active runways.

Tower instructions to cross over an active runway to enter the pattern depend on the geometry of the airport in question, local needs, traffic volumes and types, etc. Clearly, KPDK’s parallel runways lend themselves to such instructions.

In Fred’s case, he’d not only not ever gotten such an instruction, he’d been to that particular airport frequently. Since he was familiar with the airport’s handling of such situations, we think it was reasonable—and advisable—for him to at least question the instruction.

The point is that it doesn’t so much matter if you question an instruction for the right or wrong reason; you’ve got to make sure what you heard is what the controller wants. Fred’s experience at that airport led him to suspect the instruction was a mistake, so he questioned it as he should.

I enjoyed Tim Vasquez’s, “Flying in a Thunderstorm” in the August issue. It again made me reflect on the difference in the information presented by NexRad and Stormscope. (See the July issue.)

Here are three pictures from my trip to AirVenture: Stormscope (left), NexRad (lower left), and out the windshield (lower right). All three views are very important to me. Also important is pre-flight planning. I continue to advocate starting days in advance. As I write this, I am planning a flight tomorrow from Dothan, AL to Pigeon Forge, TN. I have been looking at weather products for several days. The bottom line is that it is August in the Southeast and the air is hot and juicy. There will be rain and lightning—mostly in the afternoon—so we plan to take off early in the day. Of course, the ultimate answer is to cancel or delay the flight until another day.

Loved Tim Vasquez’s article, “Flying in a Thunderstorm”. The message is well taken: NexRad doesn’t show everything you need around thunderstorms, so give them a wide berth.

Also, NexRad, spherics, on-board weather radar, and the ol’ Mark 1 eyeball each give us a slightly different view of the whole.

I must take issue with a statement Jordan Miller makes in the otherwise excellent piece, “CFIT on Departure” in the August 2016 issue. Twice he states that at any airport with neither an ODP nor a SID, a 200 feet per NM climb gradient will keep one clear of obstacles. This statement about the default minimum safe climb gradient is emphatically untrue and dangerous; it is only true if the airport has an instrument approach.

I can name 30 non-towered airports right here in California at which if “a turn can be made in any direction” the airplane will fly into a big pile of rocks. One of the most glaring examples is Weed, CA (at 3000 feet MSL), which is right next door to the 14,000-foot Mt. Shasta. It is also well below the radar coverage of ATC. At airports like this, a careful analysis of the surrounding terrain and a clear plan for the climb is the only way to avoid a noisy and very unpleasant demise.

I was confused by “CFIT on Departure.” In the example cited, a pilot is cleared to fly Santa Rosa’s FREES departure. Tower, however, cleared the pilot for takeoff, but with a different initial heading than on the FREES. The assigned heading happens to be in keeping with the CHRLY departure. Is the pilot now to fly the CHRLY? If so, shouldn’t they specifically reassign the departure?

The point in the article is that it’s a shared responsibility between you and ATC to assure that assigned deviations have some surveyed airspace like a DVA or alternate (non-assigned) procedure that will keep you clear of obstacles.