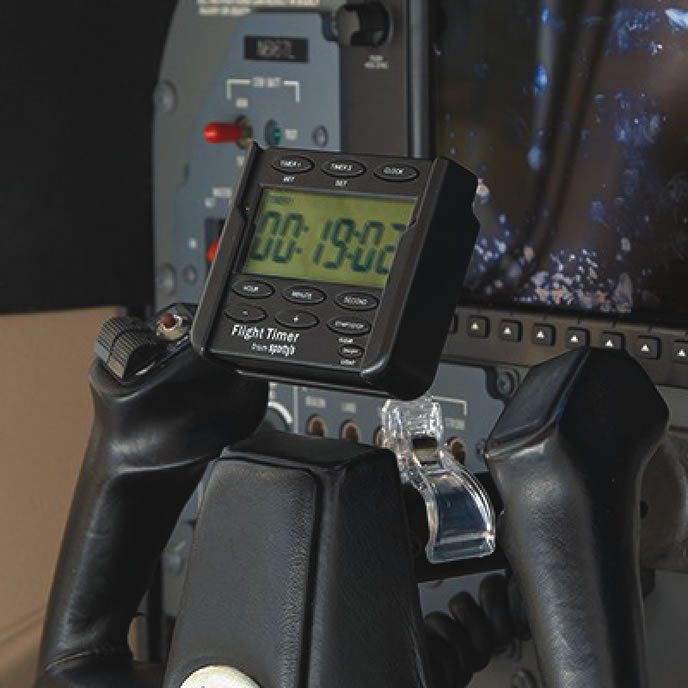 I was reviewing the December 2014 issue of IFR. On page 5, in the Readback section, you mentioned the importance of Chapter 17 in the Pilot’s Handbook of Aeronautical Knowledge. Which edition of the handbook were you referring to? My edition does not have a Chapter 17. Which topic were you emphasizing? I’d like to get the correct edition of the handbook so I can review the material you were mentioning?

Although paper copies of reference material have their place, we find that it’s best to just download a copy of any FAA publication we need, especially if we’re going to cite something for publication. So, you can get the latest edition of the “PHAK” (What’s an aviation publication without an acronym?) from www.faa.gov.

I am a retired military and commercial pilot and still find myself with reg questions. Hopefully, you can settle a difference of opinion among my hangar flying compadres.

You are correct. The instrument “rating” is for “Instrument Airplane” not “Instrument Single-Engine Airplane.” The confusion may arise in that this is not the case with the Commercial Certificate. You must take a commercial check-ride in the twin, even if you’ve got a Commercial SE certificate.

Similarly, if you’re multi-engine current but haven’t flown a single in a while, you may not be single-engine current. This hits airline and commercial pilots all the time—in the 90-day window they might have a couple hundred hours in a B-737, but they’d still have to go do their three takeoffs and landings before they could carry a passenger in their personal Bonanza. But, since they’re instrument current in the Guppy, they are in the Bo.

Thanks for your recent article regarding timing use in approaches. I have mounted a simple countdown timer on the yoke that is utilized as an “alarm clock” during all approaches. It is set to beep at the halfway mark from the FAF to the threshold and again when just above DH or MDA as a reminder to check my altitude.

The number of times I’ve caught myself fixating on the AI, HSI or attempting to deal effectively with a crosswind or some other situation is downright frightening. I would wager we’ve all fixated or become distracted at some point under similar circumstances. I’ve come to rely on it as a routine.

I was reading the Readback section recently and noticed a reader’s comments about vectors to final dropping fixes and creating some frantic button pushing when ATC later gives you direct to a previous fix that’s no longer in your flight plan. You mentioned always loading the full approach from a reasonable IAF, which I always do, but there is also a technique to produce vectors-to-final-like data without actually using VTF.

One simply goes to the flight plan and activates the leg to the final approach fix. Now if you ultimately do get vectors, the CDI will behave properly—even on an RNAV approach. If you are asked to fly to another fix, the list is still in your flight plan. With these two techniques there is virtually never a reason to activate an approach or use the VTF feature.

Of course I can’t take credit for this, Bruce Williams (BruceAir) discussed the technique in the past, and Max Trescott mentions it in his book as well.

Right. We were a bit too quick (and oversimplifying) saying to select direct-to the fix. Activating a leg is good, better actually, if you’re going to intercept via vectors.

So, to recap, selecting vectors to final deletes most intermediate waypoints on an approach as a means to declutter the screen. That’s not always desirable, so the alternative is simply to load the approach from an appropriate—or least inappropriate—IAF. Loading the approach simply appends the fixes to the end of the current flight plan.

Then, when you’re getting vectors to final, you could select the next logical fix and activate the leg to that fix for your intercept using a vector, or select direct-to that fix if you were given that.

On Atlanta’s RPTOR THREE arrival, BNA transition, why is the MEA for the two segments leading up to EUENZ lower than the minimum crossing altitude at EUENZ? In other words, is there an expectation that we maintain above FL240 until EUENZ even though the MEAs are lower?

MEAs are derived from terrain and other obstacles and radio reception (when appropriate) requirements; they make no allowance for traffic procedures.

The RPTOR THREE RNAV arrival procedure is designed primarily to facilitate the smooth flow of traffic to and from Atlanta by meeting ATC considerations for other arriving and departing traffic. SIDs and STARs are planned routes with—on RNAV procedures—altitudes and speeds that keep arriving and departing traffic separated with little input from ATC. Sometimes, even noise considerations and airspace requirements can play a lesser role in procedure design, but the only time an MEA is considered in the design of these procedures is if it provides a limitation not already met by the other considerations.

Charted fix-crossing altitudes and speeds (listed at fixes only on RNAV procedures—with “RNAV” in the title—not to be confused with segment MEAs) are mandatory once you’ve been explicitly cleared for the procedure, unless instructions are given to the contrary. For a full discussion of all this, see the article, “RNAV SIDs and STARs” in the April 2015 issue.