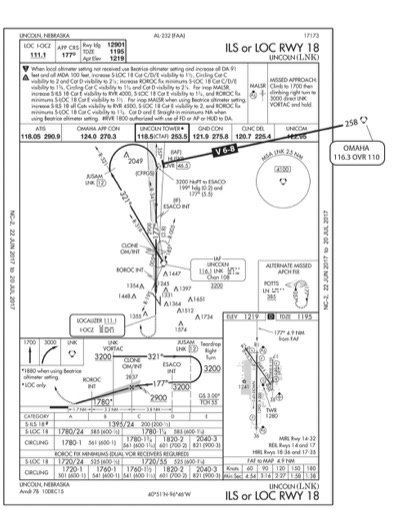 Automation is Killing Us

Your article entitled “Seriously Bad IFR Flight” in the October 2017 issue is a perfect illustration of the problems caused by technology. I’ve been a pilot for 49 years, I’m ex-military with my ATP, CFII, and thousands of hours of flight time in everything from helicopters to jets to biplanes.

I have a C129 GPS in my personal airplane and I like it. However the new GPS and glass panel systems are too complex; they’re killing pilots. The pilot in the article got to his destination and the fact that he made several approach attempts tells me that he could fly the airplane in IMC. His demise was way too much difficulty with his avionics. He could not get his panel set up correctly. I’m willing to bet that if this pilot had nothing more than a single VOR/LOC receiver with a glideslope he’d be alive and well today.

As an instructor, I’ve seen this way too many times. Pilots are getting overloaded mentally because of advanced avionics and all the button pushing needed. Approaches used to be easy with only ILS (or LOC), VOR, or NDB to choose from. Cessna 300 or 400 radios, Narco, King, Collins, all worked the same and they were intuitive to operate. It is easy to change the frequency and set the OBS.

Not so with GPS “navigators.” Each is different and a pilot needs advanced training and hours of practice to fly with these complex systems. Your article, “Multiple Approaches,” in the same issue illustrates this when the author admits that with a couple hundred hours behind the GTN 650 it’s still a struggle.

A full-time paid pilot can get comfortable with these complex systems because they do it all day long, but how about the physician, attorney, businessman, plumber, or occasional renter who can’t log all the time necessary to gain and retain system proficiency? These pilots—who represent a large piece of private aviation—are in a jam with complex systems.

I’ve had several students buy very nice airplanes with analog gauges and happily fly them regularly. Then they heard the siren song of advanced avionics, upgraded, and couldn’t master them. So they sold their airplane and quit flying.

Flying used to be fun and it was about aviating, not how you program the newest computer. Way too many pilots are spending most of their time with their eyes glued to a computer screen instead of looking out the window and flying the airplane. With pilots depending on iPads that quit working in the heat, and avionics systems that are way too complex, it comes as no surprise that people are either crashing their airplanes or are walking away from aviation before they do crash.

I hope you print this letter to try and spark some discussion about this.

In your January article, “ILS Nuances Redux,” you shouldn’t be too quick to blow off ILS/LOC IAP step-downs as being for localizer only. See the ILS RWY 6 approach at Teterboro (KTEB). You cannot remain at 2000 from VINGS to glideslope intercept. You must descend from VINGS to be at DANDY at 1500.

I was amused by your “Gratuitous Indeed” remarks in February, in which you discussed Baxter Van West’s observation that your Cessna 340 is gratuitously large for two people. This issue is one that companies, wives, partners and line staff ask me as I deplane my C441, alone, and waddle to the FBO. After some 20 years flying a big twin for a single traveler I get that question a lot.

I’ve been rethinking the future, and every nuance and inflection always comes back to capabilities-mission-competence. For now I’ll continue to be gratuitous in my 441 favoring her over the other choices.

Your recent February 2018 Readback answer about why DME isn’t listed as part of the Lincoln ILS or LOC RWY 18 approach, you said “You’ll notice that HUSKR is another IAF, and it can be identified with the minimum equipment, not requiring DME or GPS.”

Please tell me how HUSKR can be identified. I see no radial information for HUSKR, only 46.5 DME from OVR on the approach chart.

What am I missing here and how can it be identified with “minimum equipment”?

Being space constrained we neglected to provide a more thorough explanation, choosing to leave the proof to the reader. (Yeah, a copout…)Pull up L-10. You’ll see that HUSKR is a fix on the V6-8 airway and is defined by the intersection of the airway—at that location the airway is defined by the 258 degree radial from OVR, Omaha—with the 347-degree radial from the LNK VORTAC.While that isn’t obvious from the approach chart, a close examination should show you that HUSKR can be identified by two radials, although the approach chart doesn’t show you how to do that. Clearly, HUSKR is on a radial from LNK (again, not depicted) and the reference of the DME distance from OVR tells you it’s also on a radial from OVR.In this age of GPS and our ability to locate any point in space without reference to ground-based navaids, we tend to overlook that airways and the intersections on them are plentiful and still a good source of navigational reference without GPS.Locating HUSKR was trivial using SkyVector.com. Search for HUSKR (top left) and it’s immediately displayed. The low en route chart shows how HUSKR is defined. You could also do this on any of the popular EFB/mapping applications.