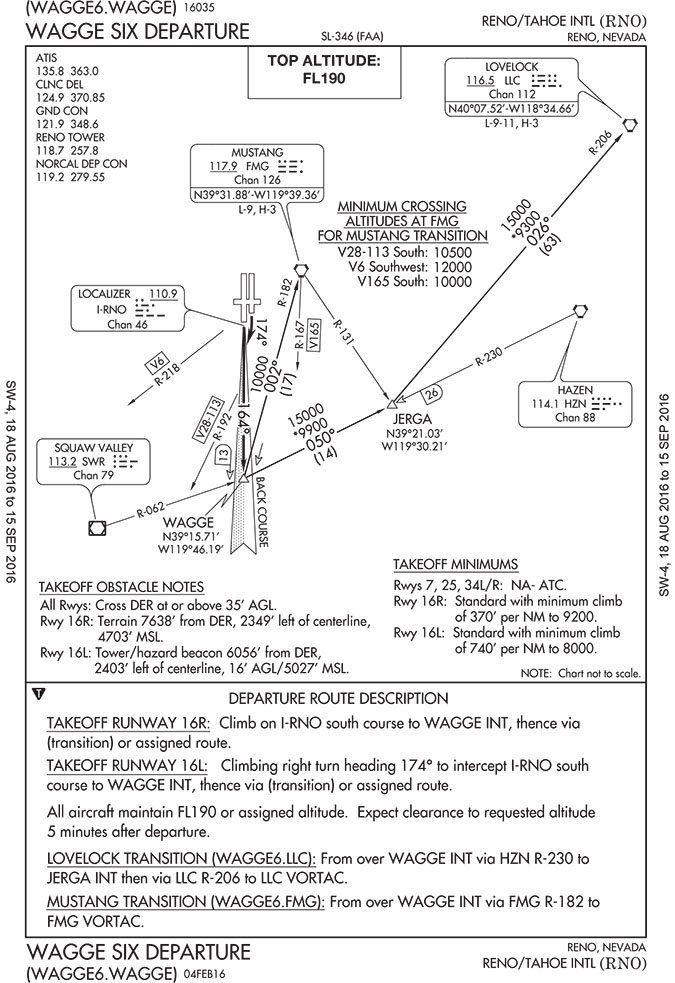 In your January 2017 issue you have an interesting article about flows, checklists, do-lists and callouts. However, that sample checklist you provide misses one important aspect: numbering.

You won’t get through the Transponder item without realizing that there should have been a number 4.

That said, if numbering the items works for you, then by all means number them. The checklist is of your design to help you be more effective. Format it as you think best.

I am flying an approach with side-step minimums and cleared for the approach to side step to the other runway. Let’s use KSTL ILS Runway 12R, with a side step to 12 L.

AIM 5-4-18 says: “Pilots are expected to commence the side-step maneuver as soon as possible after the runway or runway environment is in sight”.

Which runway? What exactly is meant by “runway environment”?

Interesting question, but the answer emerges as you think it through a bit.

You’re initially flying the ILS to 12R. You’re tracking the localizer and glideslope on 12R. The side step is a visual maneuver and can’t be commenced until you see the runway or environment, much like a circling maneuver. Now, if you were landing on 12R, you’d need to have 12R in sight. But, since you’re landing on 12L, before you leave the comfort of the 12R ILS and begin a visual maneuver, you’d best have the target of that visual maneuver in sight: Runway 12L or its environment.

Tarrance Kramer’s “Rotary Revelations” in January reminded me of my own Osprey experience. I was flying into Plainview, TX (KPVW) in my Viking, the same time as an Osprey. He was doing a low approach and go, and went first.

I followed at what I thought was a safe distance. I was preparing to touch down and all of a sudden was severely thrown about 200 feet off to the side and rolled 80 degrees. I managed to regain control and land, but that certainly raised my respect for the massive aircraft.

Elaine Kauh’s description of the Spartan Approach into 3TE in January caught me. The issue arrived just before my “first Saturday of the month” simulator session, and I thought it would be nice to fly the VOR approach.

We took off from a nearby airport, “flew” to the Carleton VOR and flew the approach. We didn’t break out (thanks to the instructor) and I flew the missed approach to the hold at WAYNN. No problem so far.

“ATC” then informed me that the ceiling was rising in the area and asked for my intentions. We did a second approach and broke out about 100 feet above the MDA. The airport was clearly visible although slightly off the right side of the aircraft (not unreasonable when following a VOR radial for 20 miles or so), but the runways looked slightly misaligned: obviously a database problem with the simulator.

So we circled and landed at the wrong airport. Welcome to Tecumseh Mills.

My instructor is very experienced as an IFR pilot, and I consider myself relatively experienced. And neither of us glanced at the DME and noticed that we were two miles short of the destination.

In this IFR Clinic, as is the purpose of most of our IFR Clinics, Elaine wanted to dissect that particular airport in minute detail. However, as you observed, there’s even more to consider when you look at the airport from a bit larger perspective.

First, is the airport confusion you noted. Plus, Tecumseh Mills, 22T, only 2.8 miles east does have an AWOS that should provide useful information for 3TE, which has no weather reporting. Finally, there’s Lenawee County, KADG, 11 miles SE with suitable approaches, AWOS, fuel, and services. So, in the real-world, most of us would just go to KADG.

Our Clinics are typically limited to two pages and, with the in-depth analysis of a single airport or approach, often don’t have the space to look at larger considerations. With so many considerations around 3TE, though, we probably should have expanded our analysis.

For you, landing at the wrong airport probably proved a more valuable learning experience than any amount of analysis. Now that you’ve got that out of your system, hopefully you’ll never do it again.

We’re Left; Did You Get It Right?

In January’s Killer Quiz, “A Bit Brisk in Berlin,” question 3 asked how far left of course you are. You’re right, right?

Yup. The question incorrectly says “left” of course, but the answer got it right, saying you’re “right” of course.

In the October issue you mentioned the Wagge Six departure out of Reno. You’ll probably be pleased to hear that you have made the back and front course discussion quite clear. However, looking at the takeoff minimums for Runway 16R and 16L, the minimum climb gradient for 16L (740 feet/NM) is twice that of 16R (370 feet/NM). The departure route description for 16L mentions a climbing right turn to heading 174 to intercept the localizer on the back course of 16R to Wagge intersection. Considering both departures follow the back course for the localizer of 16R, why the drastic difference in the minimum climb gradients? I find it odd that I would need to request departure from 16R in actual conditions to meet the climb gradient despite both runways following essentially the same course.

Interesting question, Brock. Our initial guess was that it was an error, but Lee Smith, our resident TERPSter, said no: