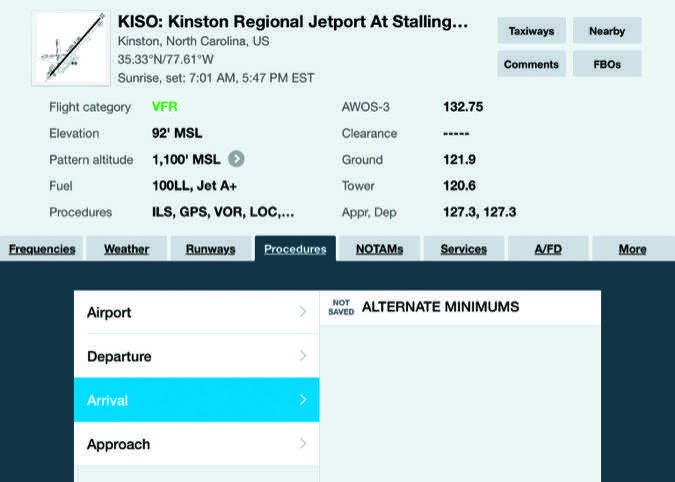 I’m voting this regulation as the most commonly misinterpreted rule for IFR: “If you can see the approach lights, you can descend to within 100 feet AGL of the runway.”

It really should be true. Visual contact with lights offers a bridge between the miasma of IMC and the welcoming squeak of pavement. If you reach DA and have only the approach lights in sight, just holding your attitude for a moment longer—and lower—should yield enough visual information to put the wheels safely on the runway.

Many of us believe this is legal and even point to the reg to prove it. Many of us have even completed approaches without incident following this practice.

Unfortunately, many of us were completely in violation doing so. And that’s not the only reg we routinely get wrong.

Translating the reg into plain English it says that to go below DA/MDA you must be in a position to land and have the required flight vis and have a component of the runway in sight. But if that component is the approach lights, you have to have the red lights in that system visible to go below 100 AGL.

This matters for two reasons. If you continue past DA with less than the required visibility only to take out some runway lights in a botched landing, they might just throw the book at you so you’d best know what it actually says. “My instructor told me that was legal in 1989,” doesn’t play well with the FAA.

The other reason is it underscores what approach lights can show you. When you reach a DA of 200 feet above TDZE on an ILS or LPV approach, you’re about 3000 feet from the threshold. If you can see anything in the runway environment beyond the approach lights, you have at least 1/2-mile visibility.

If you only see approach lights, you might have the 1/2-mile needed, and the practical thing to do is keep going just a bit more. I said practical, not necessarily legal. Only an ALSF-1 has red terminating bars. The red side bars on an ALSF-2 extend 1000 feet before the runway. If you don’t have all the red bars in sight at DA, you’re staring into less than 2000 feet of visibility. On most Cat I ILS and LPV, the book says it’s time to go missed.

The red bars end just shy of the threshold, so they’re almost at the runway. If the approach has a MALSR or similar set of lights, there aren’t any red lights and that whole 100 feet above TDZE doesn’t even apply.

Or does it? Note that the reg says you can descend below MDA with normal maneuvers, required visibility and the approach lights. When talking about descent to 100 feet above TDZE there’s no mention of red lights.

Whether the approach light system contains red lights or not, unless you’re Cat II qualified, it doesn’t matter. If you can’t see almost all the approach lights at DA, it’s unlikely you have half a mile visibility. If by 100 feet above TDZE you can’t see something else from the runway environment, you don’t have even 1800 RVR. The book says you’ve gotta go missed.

The point of this exercise is to understand that it’s not whether you can or can’t see approach lights in general that matters on an approach to minimums. You must review what kind of approach lights are installed and find the feature of those lights far enough from the aircraft that it measures the required visibility for you. In most cases, that means the entire system, red bits and all.

Another misrepresented reg is 91.169, which says that, by default, all IFR flight plans include a filed alternate. All of ’em, even on a clear-and-a-million day.

You may omit the alternate if the destination airport has a published instrument approach and, the weather at the destination is forecast to have ceilings greater than 2000 feet AGL and three miles visibility for an hour before to an hour after your arrival time—the familiar 1-2-3 rule.

Many pilots don’t realize they can file IFR to an airport with no instrument approach. You can, but it requires a filed alternate regardless of the weather. I’d argue that “no approach” includes an airport where all the approaches are NOTAMed NA. If you don’t think that can happen, wait until they put up a temporary crane by your airport.

Omitting an alternate on a good-weather day is unlikely to bite you directly, but if something else goes wrong on a flight, everything you do is brought under the microscope. Why give an investigator something to see?

When you file that alternate, make sure you do it right. There needs to be one approach at the alternate you can fly, so don’t let an on one approach chart deter you. There may be another approach that’s approved. If the appears, see what’s non-standard. It might not be higher weather minimums. It might be the ILS you could fly is NA when the tower is closed, and you’re planning on getting in late. More likely it means you need more than the standard forecast 800 feet and 2 miles for non-precision approaches, or 600 and 2 for precision approaches.

On the flip side, an airport without an instrument approach could be a viable alternate. Maybe you’re filing to an airport on the west side of mountains with low visibility. But there’s a field not much further on the east side that’ll be CAVU all day. That airport can be your alternate if you can descend VMC from the MEA, which could be handy if fuel planning is tight.

Speaking of fuel, the feds have made it clear in legal interpretations that IFR fuel requirements are to the destination plus flying an approach to the missed approach point and then 45 minutes if conditions allow not filing an alternate. Otherwise, it’s destination + approach-including-missed + travel to alternate + approach-including-missed at alternate + 45 minutes. That’s easy in Massachusetts where the missed at Airport A crosses three more airports before the hold. In Western Montana, it might require installing an extra fuel tank.

However, 91.167 throws us a bone by saying, “No person may operate a civil aircraft in IFR conditions …” (emphasis added). If you’re cruising along in the clear, even on an IFR flight plan, this reg does not apply. This means you could depart and fly in the clear heading for an airport that’s low IFR knowing you don’t have the required fuel, so long as you don’t enter IMC. If a bit more tailwind or conditions improving faster than predicted could make the difference, this is a viable strategy. You’ll just have to stop for fuel if things don’t improve, so be prepared for that.

Where the paragraph giveth, it also taketh away. The matching VFR fuel regulation says, “No person may begin a flight… unless there is enough fuel…” leaving it arguably legit to end a flight with eight milliseconds left in the tanks if the extra time circling your Aunt Mildred’s house was unexpected. Not so if you’re IFR where the key word is “operate.” If an updated ETA means insufficient fuel, the book says you must divert right then and there.

Which makes it a good thing you don’t have to use that alternate you filed. The filed alternate is primarily there for loss-of-com purposes. If you miss at your destination for real and still have communication, you simply tell ATC where you want to go. That could be anywhere you can get in. It doesn’t have to be your filed alternate. Plus, those alternate minimums or restrictions don’t apply; they’re for filing, not flying.

Finally, note that the requirements for an alternate are for filing a flight plan. Say you departed with your destination forecast severe clear all day. Then, when you’re half-way there, some nut job tosses a lit cigarette out his car window and catches the adjacent fields on fire, reducing the visibility to a mile in smoke. Although you’d be wise to consider alternate plans, you needn’t update your flight plan with an alternate.

Of course, you can’t tell ATC what you want if you can’t talk to them. A part of the rule for lost comm under IFR that’s often overlooked is that if you’re in visual conditions, you don’t continue as filed. You land and get on the phone. Again, this is by the book. Dropping out of contact for a bit when scraping along the MEA below the ice is not an emergency. Just remember you’re tying up airspace until they can talk to you again.

By the same token, you were probably cleared to your destination airport, not a fix enroute described in 91.185 (c) (3). Don’t wait for your ETA if you arrive early when lost comm. ATC already cleared the red carpet for you. Shoot the approach.

Much of the murky regulations around avionics hides in the sometimes contradictory world of advisory circulars and the AIM. Yet a few common confusion points emerge.

There is no blanket prohibition on flying an instrument approach with an expired database. Some GPS manufacturers require a current database, trumping anything in the AIM. Otherwise, you might be legit just verifying that the waypoints haven’t changed since the GPS database was published. You should know what your box requires.

About four years ago, policy changed for non-WAAS GPS users, letting them rely on a GPS approach at their destination or their alternate, but not both. In the same update, the FAA reminded WAAS users of something many miss: They can’t rely on vertical guidance for their alternate. Currently, a 200-foot DA LPV approach isn’t considered “precision” (although it is allowed for the precision approach on an IFR checkride). If that changes, this will come into play. Your alternate may be calling for 700-2 and offer an LPV, but that would mean relying on vertical guidance.

Say you’re on a visual approach on an IFR flight plan. What’s your cloud clearance requirement? The answer that surprises some is: clear of clouds. That’s not to say some VFR target couldn’t be hiding behind the puffball you decided to buzz, but 91.155 clearances don’t apply.

If you’re on a visual to an uncontrolled airport and you cancel IFR to let the next guy in behind you, 91.155 does apply. This gets more than one pilot.

How will the Feds find out if you botch any of this? They won’t, until something probably unrelated idents you on the regulatory radar. Then you’re left stuttering and stammering as you try to remember what the right FAR, AIM, or AC actually says. It’s a better plan to know the rules and do your best to fly within them—even if someday you’re arguing, “The flight visibility honestly looked like half a mile…”

ForeFlight Trap for the Unwary

The current version of ForeFlight puts non-standard alternate minimums under the Procedures tab in the Arrivals section. So if you see “Alternate Minimums” under that tab, you can jump to the details of what’s non-standard.

Jeff Van West strives to always have a good reason for bending a regulation, or at least a good story. He also has the ASRS web form bookmarked in case they don’t laugh.