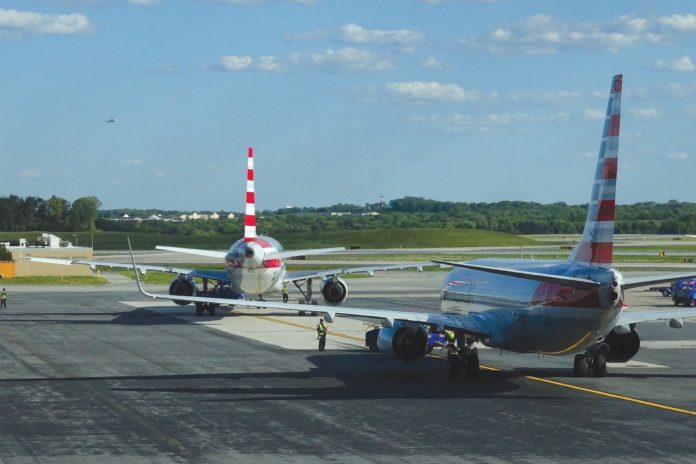 The other day, I heard one of our city politicians being interviewed by the TV news. The reporter was putting him on the spot. It was amusing watching the councilman dodge and weave, filling the air with meaningless words and even contradicting himself.

The topics at hand directly impacted many people. Yet, at interview’s end, I was no closer to understanding what his actual position was. When pressed to clarify, he just kept muddying the waters, running out the reporter’s clock.

There are certain arenas where such vagaries are not just frustrating, but dangerous. The National Airspace System is one of them. Air traffic controllers and the pilots under their oversight must be as clear and concise as possible. There’s no room for mixed messages or omitting required information when dealing with many quickly moving parts.

I Know You Know, But I Must…

Because of this need for clarity, there can be times where ATC will give you an instruction or advisory that might seem insulting or redundant. But, we controllers are the products of our experiences, and what’s common sense to you might not be to another pilot.

For instance, would you consider cutting across a street in front of a speeding truck? I’d think most people wouldn’t. Well, one evening in the control tower, I had an arriving airliner, southbound, straight in to the runway. Ahead and to his right was a medical helicopter, on an extended downwind. The helo wanted to go east, across the final.

I issued traffic to both aircraft. Each had the other in sight at a couple miles apart. I told the helicopter, “Resume own navigation. Caution wake turbulence.” I expected he’d use good judgment and pass behind the descending airliner. Never did I think that a professional helo pilot would cut across the big guy’s nose.

Well, that’s exactly what he did. The airliner’s TCAS (Traffic Collision and Avoidance System) went off, triggering a Resolution Advisory avoidance maneuver. I learned my lesson: don’t assume anything, and be specific. Now, in similar situations, I say, “Pass behind the traffic. Caution wake turbulence. Resume own navigation.” By telling everyone the same information, in the same way, it helps bring everyone onto the same page.

Often, we’re just issuing general reminders about potential threats. What if a chopper is landing on an FBO ramp? Aircraft on an FBO ramp needn’t talk to ATC, so we have no control over them. “Landing on the FBO ramp will be at your risk. Use caution, landing a non-movement area.” That hopefully motivates them to keep their heads swiveling.

How about airplanes already on the ramp? Maybe an airliner advises he’s pushing back, but another one’s already pushed in his way. We’ll say, “Use caution, Boeing 737 pushed back behind you. Advise ready to taxi.” It’s both a safety and a time reminder. Watch out for the other guy, and it may be a couple minutes before he can push. We’re well aware airlines typically have ramp personnel “wing-walking” beside them, checking for obstacles. However, stuff happens. We’re just covering our bases.

Few pilots are a known quantity. Even if we knew you had 20,000 hours in a multitude of aircraft, today you might be having an “off” day. It’s not personal. How many airliner accidents occur due to pilot error? Most, yet airline pilots aren’t exactly low-time pilots. If a lapse can happen to them, it can happen to anyone.

When you request ATC services—VFR or IFR, it doesn’t matter—controllers can’t pick and choose which services to provide. If our regulations say we must do something, we do it. All of it. And we have to say it with correct phraseology.

Let’s take the FAA’s increasing emphasis on issuing weather. Section 2-6-4 of FAA Order 7110.65 says: “a. Controllers must issue pertinent information on observed/reported weather and chaff areas to potentially affected aircraft.” That’s “must,” not “occasionally” or “if we feel like it”.

The other day, lines of thunderstorms rolled through our airspace. One pilot was a real jerk every time I told him about the precipitation on his flight path. “Yeah, yeah,” he snapped. “We see it on our screens.” As he approached the next line, I issued him that too. “I know! I told you, we’ve got weather radar onboard.” Every time, it was a snide attitude.

Listen… I don’t care if he’s got Zeus himself, the Greek god of skies and storms, sitting in the right seat and magically shoving the cells out of his way. If my radar showed precipitation in his path, I’m required to describe it to him. Perhaps he sees something different. Or the same. Either way, he has a second opinion to work into his decision-making.

Thankfully, most pilots aren’t like “that guy.” In my experience, most understand that a second pair of eyes with a “big picture” perspective is a good thing. In turn, we appreciate getting Pilot Reports that nail down the details for us.

For most controllers this goes well beyond just adhering to the regs. There’s a moral obligation to protect the people flying through our airspace. I’ve read decades’ worth of accident reports detailing what storms can do to an airplane and the people onboard. Also, on more than one occasion, I’ve had to request emergency medical services for arriving passengers or crew who got roughed up by turbulence. If I have the information or resources on hand to help someone avoid such an incident, I will use it.

A major component of ATC communication is not just conveying immediate actions—turn here, climb there—but what comes afterwards. Once we issue an instruction, it’s important that everyone understands the end game as early as possible. We’ve got to close the loop.

Take radar vectors. FAA Order 7110.65, section 5-6-2 tells controllers, “b. When initiating a vector, advise the pilot of the purpose, and if appropriate, what to expect when radar navigational guidance is terminated.” We issue vectors for traffic, sequencing, to the final approach course, around parachute activity, and more. That’s the starting point.

Let’s complete the circuit. Sometimes it’s obvious what you should expect after the vector. If you’re inbound for a visual approach, and we say, “Vector for sequence,” it’s a sure bet you’re being put in line with other arrivals, and the end result will be an approach clearance.

Sometimes, it’s not so apparent. When there’s precipitation afoot, I especially like to establish expectations. Imagine you’re in a slow-moving departure, on course, heading 360, but I have some jet departures coming out after you, also going north. I give you a heading of 320 to scoot you out of their way. That heading, though, points you at a really nasty storm about 20 miles off your nose. You’d prefer your wings remain attached and are probably wondering how long I’m going to leave you pointed at it.

To assuage your concerns, I’ll set the expectations early, “Turn left heading 320, vector away from jet departures. Expect to remain on that heading for five miles, and then a turn to the north.” I’ve closed the expectation loop. Now you know I see what you’re seeing and that I have an actual plan for you. If there’s ever any question, as always, just ask.

There are even more regs, depending on the situation. If an aircraft’s on a SID or STAR with altitude restrictions, and we vector it off the procedure—but intend to clear them back on to it eventually—we must adhere to 7110.65 5-6-2: “d. When vectoring or approving an aircraft to deviate off of a procedure that includes published altitude restrictions, advise the pilot if you intend on clearing the aircraft to resume the procedure.” That way, the crew doesn’t just flush the SID/STAR out of their navigation system.

By communicating intent and expectations, controllers are able to keep pilots apprised of their plan and of any threats around them. Sometimes, the information may be obvious to you. However, it may not be so clear to someone else sharing the sky with you. That’s what this is all about: improving situational awareness, and therefore safety.

Language needs to be part of this discussion. While English is aviation’s official international aviation language, it’s not the native language for the myriad foreign students training in the U.S. This is for their flight instructors.

Learning a new language is difficult. Add the saturation of trying to learn to fly at the same time and, well, it’s got to be frustrating.

Years ago, I went to Berlin, and spent several months beforehand learning German. Upon arrival, though, my meager knowledge proved no match for an impatient Berliner. At a local market, I tried to ask the cashier for a bag, but mistakenly asked for a table. Once I pointed at the plastic bags beside her, all was well. But, had we been talking via radio, with me in a noisy airplane and if she was task saturated, it could have been a less successful outcome.

Of course, this happens with novice pilots of all backgrounds, but language issues make it worse. At the least it’s immensely distracting, and—at the worst—it’s outright dangerous.

If I have the time, I’ll speak slowly and more clearly. This is isn’t always possible, though. In ATC, many things are happening at once. For the flight instructors working with students still developing their English proficiency, below are some key phrases ATC uses and the students should know well.

[Callsign], stand by. Or, if we didn’t catch their numbers, Aircraft calling for [flight following, taxi etc.], stand by. We say this when more pressing issues need handling. Many students seem unfamiliar with this, because they act like we said, “Go ahead—tell me everything.” While they’ve taken over the frequency, we’ve got airplanes blowing through final, critical traffic calls going unissued, and departures stuck at low altitudes because we can’t talk to them.

Say callsign slowly. When I’ve been working pros who’ve all been speaking perfect English, and a new aircraft checks on with a strong, unfamiliar accent, it can take my brain a second to acclimate. The bare minimum we need to generate a radar squawk code, issue taxi instructions, or generally communicate is a callsign. So, we may ask for just their callsign at that moment.

Say type of aircraft and request. Now we’re ready for their full lineup of requests. Who are you? What are you? What do you want? Lay it on us. We’ve got the time to handle it now.

Remain outside Class Bravo/Charlie/Delta airspace. Until we can figure out who they are and what they want, we’re not ready for them to enter our congested airspace.

Yes, this might be a touchy subject, but it can impact safety. Communication is ATC’s number one tool; when that breaks down, bad things can happen. The FAA is taking this seriously. When aviation safety incidents occur, we must document everything electronically. The FAA has now added a category on our reports specifically for language/communication issues.

For the flight instructors already working diligently to get their students ready, continue emphasizing the phraseology they need to work with ATC. The better everyone understands each other, the less frustration and the more safety there is for all involved. —TK

Tarrance Kramer, a controller in the Midwest, likes to answer pilots’ questions before they’re asked.