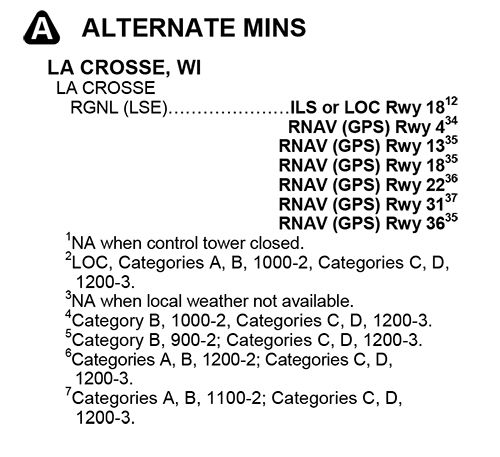 Maybe it’s because the long Midwestern winter is not yet over, but the idea that approach procedures are like snowflakes comes to mind. From a broad view, they’re all the same with minimum weather requirements, descents, altitude restrictions, and missed approaches. But, up close, no two are alike. Such is the case during a short diversion from Iowa, across the frozen Mississippi to Wisconsin, in the region where subzero temperatures are, well, all too common in winter.

After flying the missed approach at Decorah, Iowa (KDEH) due to low ceilings and visibility, it’s on to La Crosse, Wisconsin (KLSE), the alternate we’d carefully researched and filed from the warm comfort of our kitchen table. Wintry northwest winds prevail today, so we’ll brief for the RNAV 31. The conditions at both Decorah and La Crosse turned out to be lower than anticipated, but La Crosse is clearly an improvement over Decorah. There, you had LNAV minimums of 1580-1 for the RNAV 29. The broken ceiling was, from what little you could see of the ground, lower than 400 feet and the visibility wasn’t quite the required mile to legally (or comfortably) attempt the landing.

Although it didn’t work out today, the approach into Decorah was simple enough. It included an initial/intermediate fix, FAYNE, which for the full approach has a hold in lieu of a procedure turn (HILPT).

Arriving from the southeast three hours after departing Terre Haute, Indiana, you were cleared direct FAYNE. From there, you wanted clearance for the straight-in approach, and confirmed that with Center beforehand.

You recently became aware of a few cases of confusion (PIC and ATC alike) with similar procedures about whether the racetrack PT was required when a direct-to-final was feasible. In fact, you were aware of AIM 5-4-6 e.6.: “ATC must issue a straight-in approach clearance when clearing an aircraft direct to an IAF/IF with a procedure turn
or hold-in-lieu of a procedure turn, and ATC does not want the aircraft to execute the course reversal.” Anyway, because of all this potential for confusion, you’ve decided it’s always in the best interest of safety to clarify expectations in advance.

That part went great. But after the missed, you decided the conditions wouldn’t improve enough for another go at it. So you immediately requested clearance to La Crosse. Center also clears you direct to the IF/IAF, WEVBA, for the RNAV 31, now less than 20 minutes away. This approach definitely has a similar flavor to the one at Decorah, being an LNAV-only with a HILPT southeast of an IF/IAF. However, this one’s got some extra footnotes to it.

Start with the plan view. “Final approach course offset 14.91°.” That’s certainly a bit more than the usual five to seven degrees for many straight-ins. (A 30-degree offset would turn this into a circling-only approach.) So how’d that happen, given the inbound course of 300 degrees to Runway 31? Turns out that a check of the official runway data shows that the runway is actually oriented 315-degrees magnetic, resulting in a round-number offset of 15 degrees.

Today’s northwesterly winds of 20 knots mean a moderate left crosswind component of around 12 knots. This will have you crabbing a bit further left of the runway centerline, so it’s good to consider the combined impact of the wind and the offset to the runway
so you know where to look. Overall, a normal crosswind approach and landing
technique ought to work just fine.

Last month’s excellent article about flying into Eagle, CO (KEGE), “Ski Country Flying,” thoroughly reviewed the cold-temperature adjustments, so let’s just cover some highlights. First, you need a table of adjustments that’s usually not in your EFB by default, so you should carry a paper copy or download the material to your EFB’s documents section. You can find the cold-temperature correction steps in the front matter of the FAA’s Terminal Procedures Publications (TPP). Or, the Notice to Airmen Publication has a list of cold-temperature designated airports along with the expanded procedures. (The NTAP is being discontinued.)

It’s not unheard of to need that hold or extra vector to ensure you’re flying the approach with the proper altitudes for safety/obstacle clearance, but let’s agree it’s not too cool (sorry…) to be figuring out obstacle avoidance this late in the game. Since you’d checked, you already know that for KLSE, interpolating between -20 and -30 degrees C, adding 165 feet to the MDA of 1720 gives you 1885. Round that up to 1900 for good measure and that’s all you need. Oh, and note that you’re required to get ATC permission to use that mandatory correction. So, don’t forget to at least tell ’em. 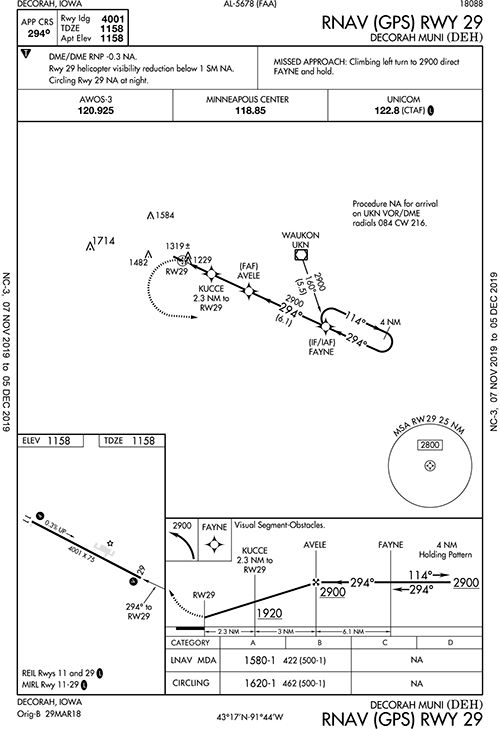 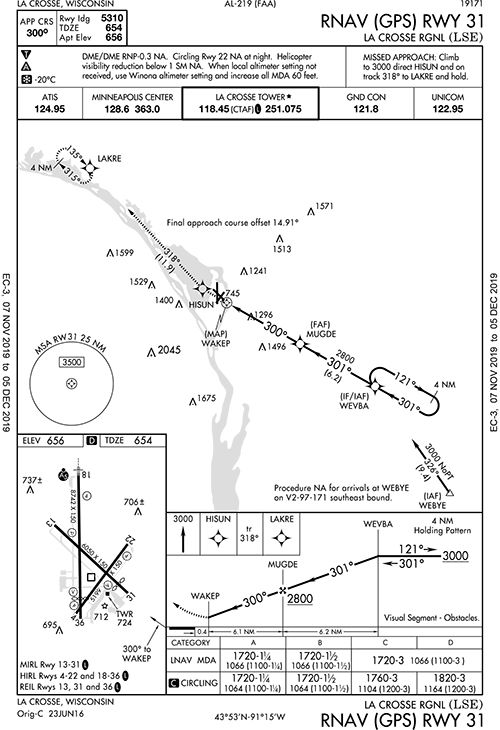 You also noted while flight planning that non-standard alternate minimums are in use for La Crosse. Instead of the default 600-2 for the RNAV 31 you anticipated at KLSE, you needed the airport’s TAF to forecast at least 1100-2 for the hour before and after the ETA of 1300 local. This you did confirm before departing Terre Haute. Now that you’re cleared to La Crosse, you’ll use the published MDA, cold temperature corrected, for a Category A aircraft. Current weather’s showing 2500-5, so it’s looking good. You did also check that there’s enough fuel on board for the three-hour flight, one missed approach at Decorah (you even planned for two) and an approach at La Crosse, plus 45 minutes to meet §91.167.

So far so good, but now that you’re almost there, the arrival at WEVBA from the southwest brings up an item overlooked: are you flying the HILPT or not? If so, you’d fly a teardrop northeast of the course, intercept the 301-degree course inbound and head on in. You’ve been cleared to WEVBA at 3000 feet and don’t need to lose more altitude. However, AIM 5-4-6 e.6. applied at Decorah now goes the other way. Not only is the angle between your intercept course of 044 more than 90 degrees, precluding a straight-in, you’re not on a “no PT” intercept, as would’ve been the case at the initial fix, WEBYE. Maybe you should’ve gotten a clearance there, but that’s a bit late now.

Right when you confirmed with ATC you’d fly a course reversal, a much faster aircraft also diverted to La Crosse, which resulted in Center asking if you could take a few minutes of vectors past the approach course and get repositioned for a final intercept inside of WEVBA? Uh, sure. There’s your straight-in. The only real task now is to get you and the aircraft into warm shelter for a subzero winter’s night, knowing that a safe arrival in such conditions took a bit of worthwhile planning. Approaches really are like snowflakes. It takes just one little difference to, well, make all the difference.