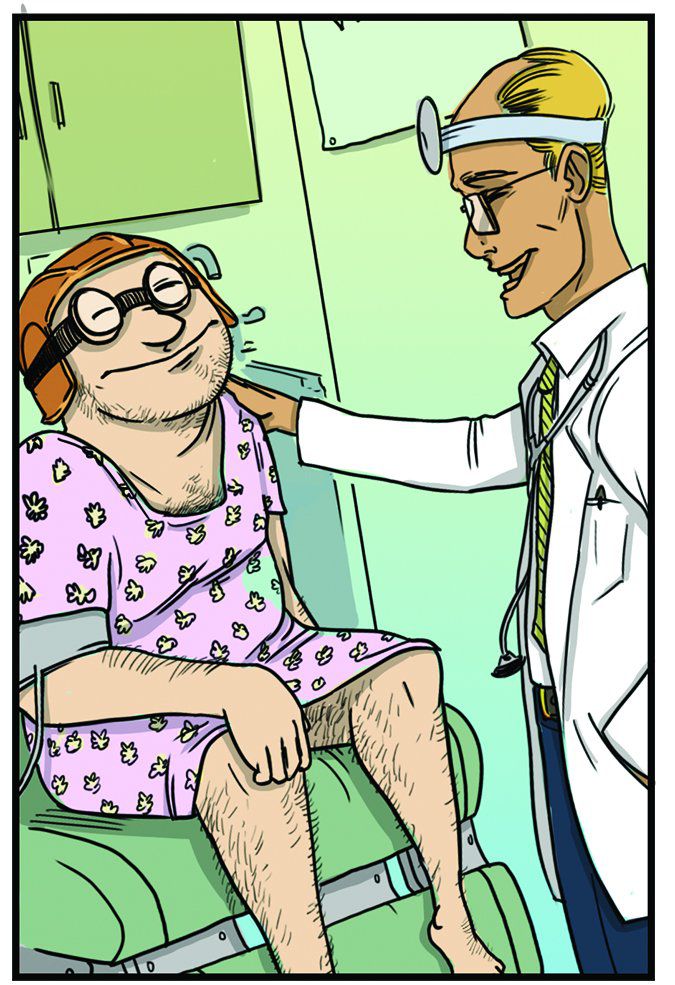 The FAA has released the medical requirements for the Pilot’s Bill of Rights 2 (PBOR2) and quite frankly, I think it is a home run for general aviation, pilots, and the AOPA who fostered it through Congress. The new program is called BasicMed that is technically the FAA’s implementation of medical requirements in the PBOR2 portion of the FAA Extension, Safety, and Security Act of 2016 known (of course) as FESSA.

The final rule from the FAA, released January 10, 2017, and effective May 1, 2017, can be found on the FAA web site, FAA.gov. It truly reflects the spirit and intent of the PBOR2. The rule is 77 pages long to implement a 10-page law, reminding us that this is one government body responding to mandates from another.

There will obviously be various interpretations of the subtleties for a while, but the basics are clear. The rule covers pilots flying aircraft that weigh less than 6000 pounds, carry no more than six people including the crewmembers, and do not fly above FL180 or above 250 knots IAS. Night flight and IFR are both permitted.

One way to think about this new arrangement is that it doesn’t completely replace the third class medical. Instead, it supplements it. Under this rule a pilot must have had a valid medical certificate with an expiration date on or after July 15, 2006. This includes Special Issuance medicals (more on this below).

So, if the pilot has not had an FAA-issued medical certificate within this time frame, never had a medical, or had a medical or application denied, withdrawn, suspended or revoked, that pilot will need to obtain an initial medical from an FAA Aviation Medical Examiner (AME).

To qualify under BasicMed, the pilot must hold a valid driver’s license from a state or possession of the United States and consent to a National Driver Register check. Restrictions under this new rule include not flying for compensation or hire and not flying outside the United States.

Pilots will have to take a medical education course about aeromedical concerns every 24 months that I think is of great value for the safety of flight. The AOPA is developing an online course that will take about 20 minutes to complete and is expected to be free. The pilot will need to maintain a printed or electronic completion certificate with their log book but not necessarily with the aircraft.

Many pilots are afraid that physicians will not be willing to sign off on these forms for liability concerns. I think that’s unrealistic. Physicians sign off authorization and approval forms ranging from work releases and sports participation to Department of Transportation commercial driver’s license physicals all the time. In each case, the physician is simply stating that the person is medically fit to participate in the specified activity. Forms like this are routine for a primary care physician.

What is important to remember is that if a pilot comes across a physician who will not sign the form, the pilot can always go to another physician since none of this goes to the FAA. There is no requirement to submit every medical exam result to the FAA. However, I can truly say that I have never had a local physician who has actually examined a pilot and felt they were unsafe to fly. Even physicians examining a pilot for a special issuance don’t seem to have any reluctance in approving the pilot as fit to fly. It has always been the FAA that has required more testing or more paperwork.

Pilots with Special Issuances for certain conditions will be required to have two-year evaluations by their local physician, instead of the normal four years. If a pilot is not on a special issuance and develops one of these conditions, they will need to obtain a one-time special issuance.

What is critical about the Special Issuance rule is what is not required. If a pilot has a special issuance for one of the stated conditions, they will need to have their treating specialist state they are safe to fly every two years. The new rule does not require specific testing and no report is sent to the FAA for review. Consequently, the thousands of dollars pilots have had to spend annually on FAA-required but not medically-indicated testing will no longer be necessary. Testing of any kind, if any, would be at the discretion of the treating physician. All the pilot needs is the release from the physician.

Special Issuances for conditions that are not listed above will be eligible for the four-year medical exam and will no longer require a Special Issuance. Pilots flying under BasicMed who develop a condition that used to be a special issuance and not on the list will not have to do anything other than the regular certification. Pilots who develop one of the conditions in the list will need to obtain a one-time special issuance and then will be eligible under BasicMed.

There are a lot of conditions that currently require a special issuance that are not on this list, like pacemakers, diabetes, depression, and Parkinson disease. This is a huge plus to the ranks of pilots who have quit flying due to onerous annual or semiannual requirements by the FAA.

To be clear, there will still be a Third Class Medical. This will be for pilots who fly in the flight levels, with more than six souls aboard, in aircraft weighing more than 6000 pounds, fly internationally, or someone who does not want to use or cannot use the BasicMed process. The application process and Special Issuance process for the Third Class Medical have not changed due to the FAA’s opinion that pilots who fly in those categories need a more stringent medical.

However, if a pilot just wants to fly under the BasicMed rules, conditions that previously required Special Issuances that are not specifically listed do not require anything other than appropriate care from the pilot’s personal physician. For instance, if a diabetic wants to fly under BasicMed, as long as they are under the care of a physician who signs off their BasicMed form, they can go for it. If the diabetic wants to fly under a regular Third Class Medical, they will have to go through the same routine FAA requirements for diabetics that are currently in place.

What is incumbent on the pilot community is really no different than under the old FAA medical rules—honesty. I think all AMEs know that pilots have made intentional or unintentional false statements on their medical applications. However, the salient point is that each and every pilot makes a decision every time they get into a cockpit that they are safe to fly whether they have a medical certificate in their pocket or not. Our medical-related accident rate is very low. This new rule recognizes those realities and gives us an opportunity to rely on our own judgment to keep the rate low.

I was excited about no longer needing a medical. As an airline pilot, I had to visit my AME every six months to get another first class medical. Although I always passed easily, that was stressful with my job on the line twice a year. When I retired, I was relieved that the frequency dropped to every two years. Since I was getting older, although in pretty good shape, I was concerned about the prospect of failing that medical for some obscure reason and being suddenly and unexpectedly barred from the cockpit. With self-certification, I assumed I could keep flying until something serious grounded me that I’d hopefully see coming.

The reality of BasicMed, however, leaves me ineligible on three counts. First, my Cessna 340A, as currently equipped and supplementally certified, weighs over 6000 pounds. Next, I fly it in the flight levels. Finally, I fly it out of the U.S. on occasion. If those three strikes aren’t enough, my plane came with an STCed seventh seat—that I use for luggage.

So, I don’t qualify for BasicMed. I guess I’ll still be visiting my AME every now and then. He’s a nice guy, but I’d rather not see him in his office. It’s too stressful.

Dr. Brent Blue is a Senior Aviation Medical Examiner based in Jackson Hole, Wyoming. He flies a Cessna 340, Cessna 185 and a 450 Stearman out of Driggs, Idaho (KDIJ).