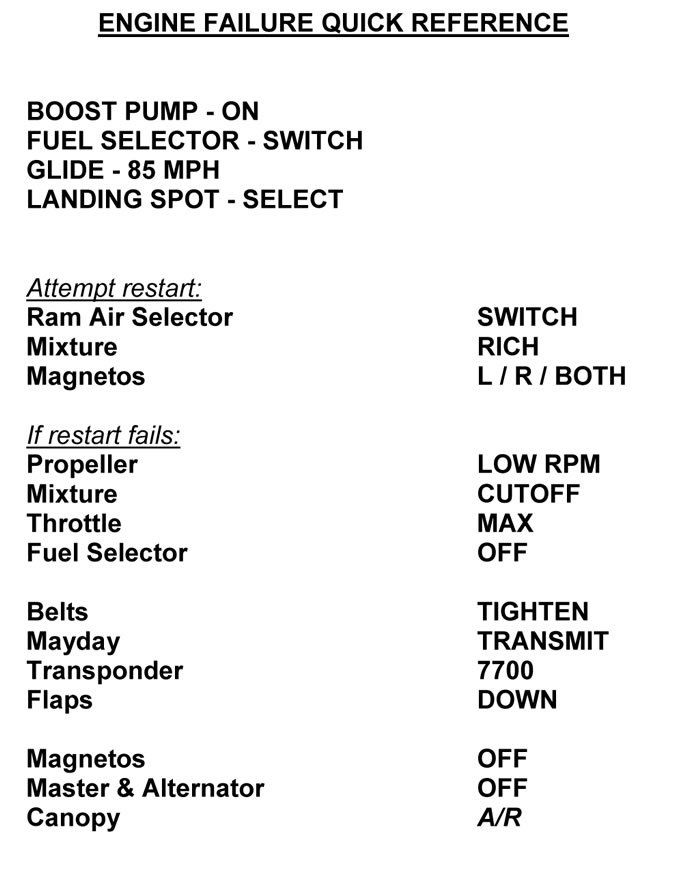 Any talk of checklist types isn’t complete without the concept of checklist boldface. So named due to its all-caps and emboldened print, these memory items ensure an initial response to an emergency when a written checklist won’t be referenced until after the initial bold items are accomplished and the situation is stabilized. For example, only the first four items on this Quick Ref are memory.

When I taught primary Cessna students, our engine failure boldface was “GLIDE, CARB HEAT, PICK A FIELD.” I told them that if someone woke them from a sound sleep and said “engine failure,” I wanted them to yell out those exact words without hesitation.

A cockpit flow and written procedure followed, but I knew that if they did nothing else, the boldface steps should allow them to survive the encounter.