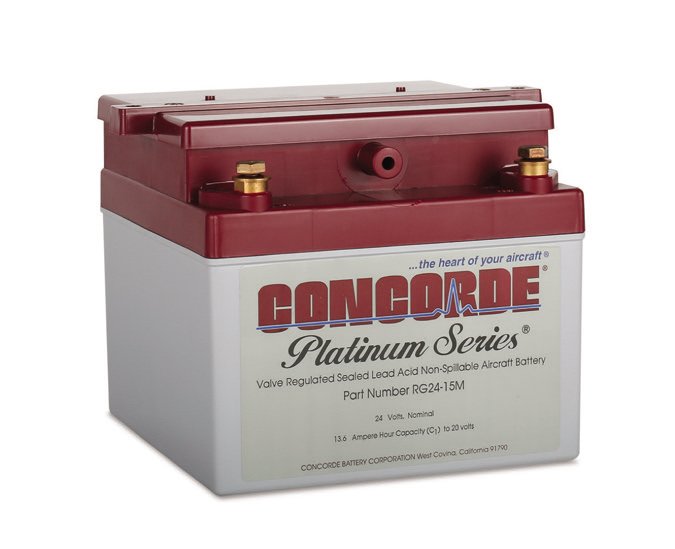 The first sign of trouble came when the pilot’s yoke-mounted GPS announced “External power lost. Switching to battery.” Before the pilot could wrap his head around that, the instrument panel went as dark as the inky night outside. Central Florida is thinly inhabited, offering few ground references. Fighting vertigo but keeping his cool, he knew that his Bonanza was trimmed for straight and level cruise. Using his GPS, he gingerly turned east toward the ocean with well-lit towns and cities hugging the shore, aiming at his home base, Boca Raton airport, KBCT. The engine droned along as if all was right with the world.

He did not have to fumble for a flashlight; it was mounted on his forehead. Snapping it on, he went through his electrical system failure checklist. Circuit breakers in, avionics master off, master switch off for 30 seconds and then back on again. Repeat. Nothing. There would be no more electrons from the airplane this night.

He reached for the standby handheld, right on the seat, and even better, connected it to an outside antenna he’d installed years ago in anticipation of this event. Being IFR, he called Miami Center and declared an emergency due to electrical failure. The controller told him to squawk 7600, reinforcing the old dictum that “Flying the airplane is more important than radioing your plight to a person on the ground incapable of understanding it.” He (almost) laughed as he repeated the nature of his emergency.

Center tracked him as a primary target and issued a vector toward KBCT. This he could do via GPS and compass. Nearing BCT, Approach handed him off to tower knowing they had an emergency inbound. Unable to see the Bonanza (no lights, remember?) he was given a steady green light to land on Runway 5.

Now he had troubles. The gear required electricity. He had to crank the gear down by hand. Being slight of stature, he was unable to crank it all the way down. On landing, the right main gear collapsed. Even so, he walked away.

Subsequent inspection showed the standby alternator he had paid to have installed was really an automobile alternator, that the wiring was a rat’s nest of fumbled connections and loose wires not connected to anything. The FAA inspector had never seen the like. Then they discovered the “A&P” wasn’t an A&P. He and the pilot’s money were nowhere to be found.

Knowing that electrical failure at night, especially IFR, is serious stuff, this pilot had done his best to mitigate the risk. He had the advantage of owning his plane. In good faith, he added the standby alternator. He had a standby GPS. He knew that handhelds with only the “rubber ducky” antenna have limited range so he added an external antenna. He was prepared, but it still led to a gear-collapse incident rather than just adding to his experience.

The old saying tells us, “Flashlights are tubular metal containers kept in a flight bag for the purpose of storing dead batteries.” Aside from dead or leaking batteries, corrosion can also cause the flashlight to be weak or dead. Check conventional batteries before flight. A larger—yes bulkier—D-cell flashlight offers longer life and is harder to lose in the cockpit. Smaller flashlights should have lanyards to hang around your neck or at least your wrist.

Newer flashlights, GPS units and tablets with rechargeable batteries eliminate some of these issues, but should be fully charged before departure. There is no legal requirement to connect GPS or tablets to external power, but our pilot made the smart move, installing a switched, fused, power receptacle connected to the battery or essential bus. He then used an adapter to get the lower voltage some of these units required.

Practically everything IFR depends on electrical power. Knowing something about your electrical system prepares you for a scenario such as the one above.

Standard POH language tells us to reduce electrical loads and cycle the alternator switch off, then on, to reset the voltage regulator. What some don’t tell you is to turn the avionics off first (the Cessna 172S POH does). The reason is that a momentary high voltage spike can damage the avionics when the alternator is turned on again. And the reason for that is that the voltage regulator requires a few microseconds to start regulating again.

A Cessna 172S has a standard battery that offers 11 ampere-hours of power. That means any product of amps times volts will be available for 11 hours. In theory. In reality, the faster the drain, the less the total capacity. So, while you might get an amp for 11 hours, you won’t get 11 amps for an hour. It’ll perhaps be as little as not even half an hour.

The essential bus in a G1000 172S includes the PFD, air data computer, attitude heading reference system, comm 1, nav 1, standby indicator lights and a connection to the standby battery system. We can roughly estimate the current drain on the bus by taking half the fuse values and adding them together. The result is 20 amperes.

If your aircraft lacks an essential bus, you can simply add up the amps used by equipment you consider essential, say one navcom, the audio panel, GPS, and transponder. Turn everything else off. You can obtain battery specifications easily on the web, but be sure to get it for your exact battery manufacturer and model.

In the 172S, the essential bus is fed by both aircraft electrical buses and standby batteries. The standby battery pack is rated for about 8 amp-hours. Since they are tied together, their total capacity is 19 amp-hours if both batteries are capable of full capacity. With the high drain, you’re unlikely to have the theoretical hour (20-amp drain).

The arithmetic jibes with Garmin specs that say the standby battery alone is good for 30 minutes. The essential bus for the Garmin gear can draw 16 amps for half an hour, close to the 20 ampere estimate.

The net result is that the aircraft and standby batteries have about equal capacity. If we derate their collective capacity by half due to aging, then we are down to a best case of 30 minutes of electrons.

When you perform the preflight battery test, do you know what it’s actually testing and telling you? Holding the STBY switch on test, the green light should illuminate for 10 seconds. Garmin reduced the test time from 20 seconds in 2010. The test imposes a 3-ampere current load on the battery, and its output must be 24 volts or higher to illuminate the light.

Some pilots return the STBY switch to OFF instead of ON, perhaps in the belief that they are saving battery life. With the switch off, the standby battery will not charge, so be sure to move it to ARM, which connects the battery to the essential bus. Also, charging helps prevent sulfation, a buildup of lead sulfate crystals at the base of battery cells. Sulfation can cause longer charging times, shorter running times between charges and dramatically shorter battery life.

It is not uncommon for the test to fail if the airplane has sat dormant, and it will usually charge itself once the engine is running. Some pilots will not fly IFR if the standby battery fails the preflight test. However, referencing the “Kinds of Operations Equipment List” in the POH, the standby battery is not required for VFR or IFR conditions in the U.S. So it’s your choice. It is required in Europe.

The G1000 maintenance manual calls for a standby battery capacity test annually. With the standby battery powering the PFD, set at full bright, it has to run for 55 minutes while maintaining 20 volts or higher. I doubt that this is done as part of a routine annual, but you could surely request it, or simply do it yourself.

Another less-known item is that the standby battery is a life-limited part. It is supposed to be replaced every three years. Again, I doubt this is often done, especially considering the expense. The battery costs upward of $1000 and calls for about an hour of labor to remove the PFD to access the batteries behind them, then remove and replace.

(Similarly, Aspens also have a life-limited standby battery that is supposed to be replaced at three-year intervals, also taking about an hour. It’s much smaller and is available for under $200.)

Some enterprising owners have elected to have their mechanic remove the PFD, draw out the battery pack and inspect it. The older version has two 12-volt sealed batteries taped together and wired in series. The newer version consists of 12 sealed cells at two volts each wired in series via a heavy circuit board to get 24 volts. You can easily see who manufactured the batteries in the photo. It’s tempting (but illegal) to buy the cells directly and wire them in, if only because the batteries have no PMA authorization.

There have been cases where corrosion on the cell terminals reduces the pack’s ability to absorb a charge or deliver current even though measured voltage is good. Sometimes just cleaning the terminals is all that’s necessary.

Some aircraft models lack the standby battery, especially if they have dual electrical systems as do the Cirrus and Piper Malibu. In a Diamond DA-40 there is a standby electronic attitude indicator good for an hour and powered by a sealed battery. It calls for inspection every 100 hours and battery replacement every two years. These “peanut” devices are also found in larger aircraft such as the Malibu.

Pitot Heat: On or Off?

Some pilots turn the pitot heat on for every flight. This makes sense if even a remote possibility of icing exists. In Florida, about the only way to get iced up is to fly above the freezing level. In our day-to-day training, we never get that high so turning the pitot heat on just wears the element and draws a good deal of power. If you experience a charging system failure and don’t notice, the pitot heat will drain the battery quickly, with no benefit.

The same goes for leaving the landing light(s) on all the time, unless it is a low-power LED version. The FAA’s “Operation Lights On” policy encourages us to turn on our landing lights during takeoff, either after takeoff clearance has been received or when beginning takeoff roll. We are further encouraged to turn the light on when operating below 10,000 feet, day or night, especially when operating within 10 miles of any airport, or in reduced visibility. Using the light can also help avoid a bird strike.

You’ll notice a largely-ignored circuit breaker labeled ALT FIELD or similar in your alternator-equipped airplane. An alternator requires an electromagnet to produce a rotating magnetic field from which electricity is generated.

The electromagnet doesn’t take much current, but it’s a chicken-before-the-egg thing—the field must exist before electricity can be produced. It’s possible for the engine to be running but not charging the battery. Should you lose electrical power, you can attempt restoration via your electrical failure checklist. The Cessna checklist calls for Master Switch (ALT only) OFF, Check ALT FIELD circuit breaker IN, then MASTER (ALT and BAT) on again. If the battery is stone-dead, there will be no juice for the field coil and the alternator will not charge the battery.

“An airplane may disappoint a good pilot, but it won’t surprise him (or her).” Take the time to review the workings of your electrical system. If electricity isn’t your thing, find an instructor or a mechanic who can walk you through the essentials. It is very comforting to know what you are doing and why things go dark in the night.