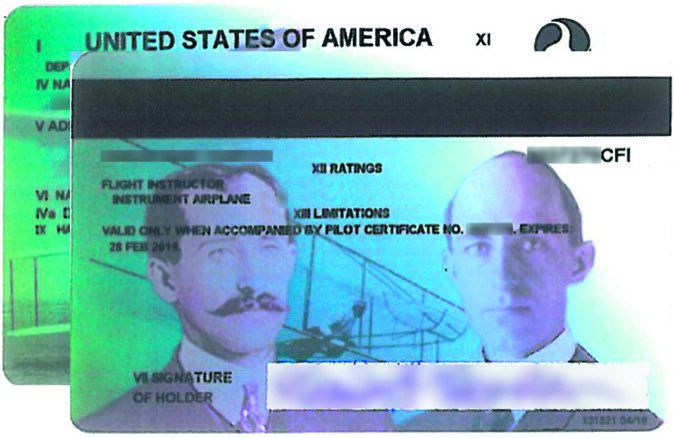 Back in May 2016, the FAA issued a notice proposing changes to Title 14 of the Code of Federal Regulations, commonly referred to by pilots as the FAR. They were generally favorable to pilots. Many had been discussed in the aviation press and by pilot groups earlier. In late June 2018, the FAA published the “Final Rule” incorporating the changes, some with modifications based upon comments received. Let’s look at some of the changes, paying special attention to those relevant to instrument training and instrument currency.

Modifying federal agency regulations is procedurally the same as making new ones. With a few exceptions, the agency must publish notice of the proposed changes and permit public comment before making them final. The comment period for this rule change ended in August 2016. The two-year delay in Final Rule publication was at least partly due to the current Administration’s federal regulation reduction policies. For those interested, the Final Rule includes a discussion of these policies.

A big impetus for the changes was the FAA’s desire to increase the permitted use of flight simulation devices for both currency and training. While most of us tend to lump all approved simulation devices together, the FAA separates them into three categories: “full flight simulators” (FFS), “flight training devices” (FTD), and “aviation training devices” (ATD). The requirements for an FFS (duplicating a specific make and model), and an FTD (imitating a more generalized category/class cockpit) are contained in FAR Part 60 and defined in Part 1.

Previously created and regulated by AC 61-136A, FAA Approval of Aviation Training Devices and Their Use for Training and Experience, as an “other training device” under 14 C.F.R. 61.4(c), the new rules carry the AC’s simple definition over to FAR Part 1: an FAA-approved training device other than a FFS or FTD (no, it’s still not your home edition of Microsoft Flight Simulator or X-Plane). To ease acronym overload, we’ll refer to FFS, FTD and ATD collectively as “approved devices.”

One big and welcome change is the simplification of the mess the FAA caused in 2009 when it included ATDs as an option for instrument currency. The existing rule separated instrument currency into five distinct categories: (1) powered aircraft; (2) FFS or FTD; (3) ATD; (4) a combination of aircraft and approved devices; and (5) a combination of approved devices without an aircraft. Concerns over quality led the FAA to impose different time and task requirements on ATDs. The result was a jumble very few claimed to understand and fewer yet actually did.

Fortunately, the FAA’s view of ATDs has changed. “Use of these training devices has proven to be an effective, safe, and affordable means of obtaining pilot experience,” reports the Final Rule. The goulash of currency requirements in 61.57(c)(1)-(5) has been rolled into two paragraphs. Time and task requirements in powered aircraft are in 61.57(c)(1) and 1.57(c)(2) authorizes any approved device, in any combination, to satisfy them.

Another anticipated change is to 61.51(g)(5). The old rule required the presence and endorsement of a CFII to log instrument tasks for currency in an approved device. A change to remove the CFII requirement in 2009 was, literally, forgotten when the rule was written. The new Final Rule makes the change. After July 27, pilots may log time in an approved device toward instrument currency without the involvement of a CFII.

This change was not without controversy. Some who commented on the proposal expressed concerns over pilots faking flights in an approved device without some level of supervision. The FAA rejected the criticism, noting that falsifying records can also take place with aircraft, and, in both cases is subject to both FAA and criminal penalties. Ultimately, said the FAA, “Pilots who satisfy the instrument recency experience in an FFS, FTD, or ATD should be trusted in the same fashion as those pilots who satisfy the requirements in an aircraft.”

Instrument instructors and trainees should be aware, however, that this change only applies to instrument currency. Per 61.51(g)(4), a CFII presence and endorsement is still needed to use an approved device to meet instrument requirements toward a pilot certificate or rating. For example, the presence and endorsement of a CFII will still be required to count approved device time toward any of the 40 hours of instrument time required for the instrument rating by 61.65(d), not only the 15 hour training requirement.

Some have suggested this change brings us back to the days when CFIIs had discretion in choosing tasks for an IPC. That is doubtful. The requirement to use the PC table for an IPC predates the existing regulatory language. Plus, in explaining the change, the FAA specifically tells us, “An IPC is still driven by the standards for the instrument rating practical test.” Expect the ACS, or whatever may replace it in the future, to be the guidance identifying the tasks required within each area of operation.

Some years ago, a disagreement arose within the FAA over the qualifications of a CFII who followed that route. To illustrate the somewhat convoluted issue, Flight Standards said a CFII who did not have a multi-engine airplane instructor rating was authorized to give instrument training in a multi-engine airplane if the instructor had that rating on her commercial pilot certificate. Looking at the same language in 61.195, the Chief Counsel’s office came to the opposite conclusion: an instructor must have an aircraft category/class rating on his CFI certificate to teach anything in an aircraft. This effectively relegates the CFII-only holder to the status of an instrument ground instructor. An extensive Part 61 revision in 2009 included a change apparently resolving the argument in favor of the Chief Counsel. “Apparently” because Flight Standards guidance on the subject did not change.

Now, nine years later, a compromise. Revised, 61.195 generally authorizes the holder of an instructor certificate with only an instrument rating to give instrument training in an aircraft so long as the instructor is commercially rated in the aircraft category and class. The student must also have the applicable category/class rating. This, according to the FAA, “provides adequate assurance that instrument training can be conducted competently and safely.” However, it is not absolute. Concerned about the special considerations inherent in single-engine flight in a multi-engine airplane, the new rule continues to require a CFI to have a multi-engine rating on his commercial and CFI certificates to teach instruments in a multi.

In April 2018, the FAA removed the requirement for a complex airplane from the commercial ACS. The change was prompted by the aging of the complex single-engine fleet and their resulting limited availability. This is also reflected in the new Part 61 changes. Effective August 27, this year, the 10 hours complex training requirement for the commercial certificate in a single engine airplane can be satisfied in a complex, turbine-powered, or technically advanced airplane (TAA). TAA is defined in 91.129(j) as one with advanced avionics including continuously displayed PFD and MFD with GPS moving map, and a two-axis autopilot with both heading and navigation modes.

Not for Instrument Pilots Only

For the career-oriented, logging second in command (SIC) flight time has been expanded for pilots on Part 135 multi-engine and turbine flights. Currently, logging SIC time requires an aircraft or an operation which, by regulation, requires a second pilot. New 135.99 authorizes Part 135 operators to create “second-in-command professional development programs” approved for inclusion in their Operation Specifications.

Conforming changes to the logging rules in 61.51 and the ATP requirements in 61.159 through 61.161 will allow pilots flying as copilots in an approved program to log SIC flight time toward ATP requirements, whether or not an SIC is otherwise required. The FAA describes the amendment as being safety-oriented and part of the effort to satisfy Congress’ mandate for greater experience in airline pilots in response to the 2009 Colgan crash, as well as a way for pilots to build quality flight time (perhaps implicitly recognizing the pilot shortage). For those interested in the subject, the regulatory change is accompanied by a new AC 135-43, Part 135 Second in Command Professional Development Program.

Finally, at the opposite end of the pilot-certification spectrum are changes long sought by EAA and other organizations supporting sport pilots. One permits a broader range of sport pilot training—training in equivalent areas of operation in the same category/class of aircraft given by a sport instructor—to be credited to the private and recreational certificates (61.99 and 61.109). A change to 61.412 allows sport instructors to obtain an endorsement to teach the basic hood work—control and maneuvering an airplane solely by reference to instruments—required for student pilot cross-country solo.

The full text of the Final Rule is available atwww.gpo.gov/fdsys/pkg/FR-2018-06-27/pdf/2018-12800.pdf. As is often the case, there are likely to be changes to various FAA ACs, Orders, testing standards, and other guidances and publications based on the changes in this Final Rule, as well as a lot of pilot discussion on the merit of the changes.

(g)(5) A person may use time in a full flight simulator, flight training device, or aviation training device for satisfying instrument recency experience requirements provided a logbook or training record is maintained to specify the training device, time, and the content.

(d) … The instrument proficiency check must consist of at least the following areas of operation:

(ii) Flight by reference to instruments;

(a)(3)(i) 10 hours of training in a complex airplane, a turbine-powered airplane, or a technically advanced airplane (TAA) that meets the requirements of paragraph (j) of this section, or any combination thereof.

Aviation lawyer and CFI/CFII Mark Kolber would rather be flying than reading new regulations, but he figures somebody has to do it.