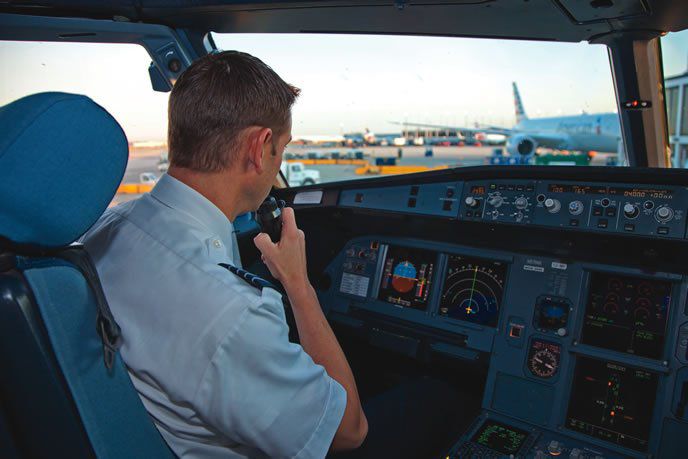 Like flying itself, air traffic control is complex at first glance, but below the surface it’s driven by basic principles. One ATC cornerstone is the need for timely, accurate information.

As an air traffic controller, when I ask a question or issue an instruction to a pilot, the ol’ “trust but verify” adage kicks in—but only to a point. I can see a lot from the tower or on my radar ‘scope, but I can’t look over each pilot’s shoulder. Are they being straightforward with me and following normal procedures? I want to believe they are. It’s their safety and mission on the line, after all.

While the vast majority of aviators are on the level, once in a while I’ll encounter a pilot who’s not quite telling me the whole story. Perhaps he’s pressed for time. Maybe it was a momentary lapse, or just an off day. Whatever the case, in the interest of safety, ATC and their traffic must be on the same page. If expectations don’t meet reality, it can create complications for everyone.

A prime example of ATC-pilot trust is a visual approach. Its clearance and execution depends on the pilot accurately reporting either preceding traffic or their destination airport itself in sight.

When a cloud ceiling’s less than 500 feet above our minimum vectoring altitude (MVA), ATC is required to vector aircraft for an instrument approach. However, if during that vector the pilot reports the airport in sight, he can still be cleared for the visual if the airport’s reporting VFR. On marginal VFR days like that, we’ll often vector guys close to the airport in hopes they can spot it.

Once in a while, someone will try to cheat the system, perhaps to avoid longer vectors for an instrument approach. One morning we had an overcast layer at 1200 feet, tops reported at 2300, and ILS approaches advertised. A locally-based inbound Cessna 310 reported the field “in sight” fifteen miles out at 4000 and requested the visual. No other aircraft had spotted it even from three miles away. How honest do you think this fellow was being?

I had no conflicting traffic and he met my reporting requirements, so I gave him the benefit of the doubt and cleared him for the visual. Well, he blew right past the field, descending towards an antenna. Before he got below the MVA, I asked him, “Verify you have the airport in sight.” “I was tryin’ to get it,” he fessed up, “it” being the same airport he supposedly had “in sight” from across the county line. He ended up on the ILS approach. Sure makes one wonder how well he followed the “clear of clouds” requirement in AIM 5-4-23.

If you’re following someone for a visual, ATC must ensure a minimum three miles or 1000 feet between you until you get the preceding traffic in sight, or the tower gets you both in sight. Last week, we had an IFR Grumman Tiger showing 140 knots, trailing an IFR Mooney doing 90 knots on short final, both on visuals. The Tiger had reported the Mooney in sight, but kept barreling up the Mooney’s exhaust pipe. Tower told him about the overtake. “Where’s that Mooney again?” the Tiger driver replied, before admitting, “I never actually saw him.”

Uh oh. The planes were losing IFR separation and too far out for Tower to see. Tower immediately broke the Grumman off the final. Unfortunately, there were multiple jets in trail, so the speedster had to languish in the vector pattern until another hole opened up. Had the Tiger just been honest, either Tower or the approach controller could have used the available tools to space him out. He misled us and ended up getting burned. Worse yet, that pilot’s take-away was probably not to have admitted he couldn’t see the Mooney.

You Either Have It or You Don’t

Issues can arise before an aircraft even starts moving. I learned about this while working at my first control tower. We closed overnight between midnight and 5 a.m. The closing controller would switch on a computer-generated broadcast with the current weather from the ASOS and a pre-recorded message with NOTAMs and pertinent info. Come morning, the opening controller recorded the first ATIS of the day and flipped a switch, replacing the recording with the “man-made” ATIS.

One morning, I was running behind, and rushed through the tower opening checklist. I thought I had gotten everything. Three separate airliners called for clearances, and when I issued them, I verified each had newly-recorded ATIS Bravo. Each answered to the affirmative.

Then, the fourth airliner called. When asked if he had the ATIS, he said, “No. You’ve still got the automated recording going.” I’d forgotten to flip the switch. I was annoyed at myself, but also at the fact that three professional pilots had just given me bad info on frequency. It was… educational. I was also grateful to the fourth guy. Controllers make mistakes, and an observant, honest pilot can bring a problem to light.

The idealistic argument could be made that the other three crews intended to listen to the ATIS before they taxied, and just fed me a white lie in the meantime. However, experience has shown me that’s not always the case.

Another day, we closed our north-south runway for maintenance. We recorded a new ATIS—Tango—reflecting the closure NOTAM and the new, westbound active runway. I issued an airliner a clearance, and verified he had the ATIS. “Affirmative. We’ve got Tango.” Ten minutes later, he called for taxi, and I taxied him to the westbound runway. “Wait,” he said, “which runway? We’ve got Sierra.” I reissued the taxi instructions, to which he replied, “We need to hold on the ramp here and get our numbers sorted out.” Nearly ten minutes passed before the crew got it sorted out and called back for taxi.

Had he just said he didn’t have Tango when he got his clearance, I could’ve flat-out told him, “Runway 18/36 is closed. Expect runway 27.” It would have saved him a lot of confusion and a delay for his passengers. I don’t assume malicious intent, believing he either forgot to get it or had earlier gotten Sierra, thinking it was the newest. Still, when he reported Tango, I had to assume he knew about the new runway.

The Devil in the Details

The preceding incidents were easily corrected. How about something not-so-easily fixed, like VFR flight into IMC? This kills an unfortunate number of pilots each year. Now, given that you’re reading IFR Magazine, I’ll assume you’re either working toward or have received your instrument rating. Even if you have it, and are considering a “popup” IFR clearance in unexpected IMC, have you considered every IFR requirement?

With that thought in mind, come with me to this past April’s Sun n’ Fun Fly-In, where I was hanging out for a while in the Light Sport Aircraft area. While many of the newer LSA models pack complete glass cockpits with autopilots and other whistling bells, I was still surprised to find several sales reps describing their company’s LSAs as IFR-certified.

I’d never heard of anyone flying an LSA under an IFR flight plan, since the intended market—sport pilot license holders—are specifically prohibited from flight into IMC and after dark. It had me thinking about the basic requirements for IFR flight. First, of course, you must hold at least a full Private Pilot certificate and—per FAR 61.3 (e)—must be instrument-rated to be cleared on an IFR flight plan. You need to be current as well, per FAR 61.57 (c).

Let’s say you’ve got your rating. What about cockpit equipment? FAR 91.205 (d) lists a variety of instrumentation required for IFR flight, including a slip-skid indicator, directional gyro, and artificial horizon. This equipment must meet the FAA’s Technical Standard Orders (TSO) requirements for IFR flight. Many of those swanky LSA glass cockpits, while pretty, do not. Some manufacturers will supplement or replace the uncertified glass with TSO “steam” gauges to achieve IFR capability.

Even if our LSA’s panel is TSO-good to go, are all other aircraft elements fundamentally IFR-legal? FAR 91.327(d) advises LSA pilots they “must operate the aircraft in accordance with the aircraft’s operating instructions…” For example, Rotax—whose engines power entire fleets of LSAs—specifically prohibits IFR flight for its 912 ULS model, but not for its Part 33-certified 912 S variant. Does the airframe itself meet standards? Electrical protection? Anti-icing measures? Detail after detail, more than I can list here.

There’s so much to consider. While LSAs inspired this line of reasoning, it really applies to any aircraft. Going back to the original thought, imagine you’re on a VFR flight in your favorite ride, encounter deteriorating weather conditions, and advise ATC. They’ll likely ask you a simple question with a simple answer: “Are you IFR-qualified and capable?” Your “yes” or “no” must take into consideration all requirements we just discussed.

Controllers can’t see your logbook, review the maintenance logs for 91.171 IFR instrument checks or examine your instrument panel. We haven’t read your operator’s handbook or looked under your cowling to check what kind of engine you’re packing. Most controllers aren’t aware of all these requirements—but you must be. If you wind up in the wrong weather at the wrong time in the wrong kind of airplane, just be honest with ATC. Declare an emergency if needed, and allow us to help you based on the real facts at hand.

What may seem like a minor accidental omission or an inconsequential white lie at the time can have a significant impact down the airway. Controllers are not the “sky police.” We’re purveyors of information, order and safety, but if we’re not properly informed of the true situation, we don’t know which blanks need filling. Just be straight with us, so we can do our job.

Tarrance Kramer prefers to keep guessing games to a minimum while working traffic out in the Midwest.