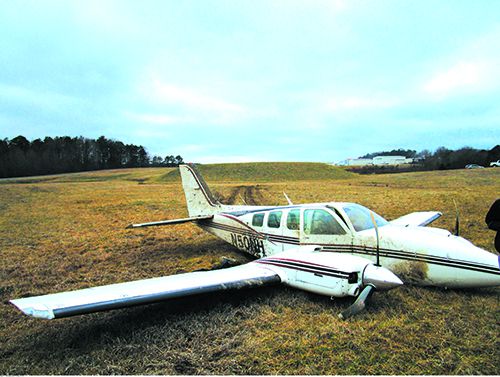 Part 91, gives us lots of discretion when it comes to choosing an approach, deciding if it’s legal (and safe) to continue, and then if it’s legal and safe to land. The caveat is that personal judgment, often in the heat of the moment, becomes the catchall for critical phases of flight. This makes us susceptible to pushing that discretion beyond what (in hindsight) we might consider legal and/or safe. Add a little bad luck and the likely outcome is a mishap—or worse.

Take the runway overrun, one of the most common causes of non-fatal IFR accidents. Pilot judgment is a constant throughout the approach and landing, and any variables popping up so close to the ground must be addressed instantly, making for higher risk. Still, hard numbers are constantly in play: Ceilings and visibility; runway length, approach minimums, and, to a certain extent as we’ll see, aircraft performance.

Picture this: You’re on approach in a Beech Baron, having chosen the ILS because you need its lowest minimums. You thought the 7000-foot runway was far longer than required. But, it’s beginning to seem a bit short due to the 10-knot tailwind, poor visibility, and wet pavement. You’re familiar with the Baron and know it takes around 1600 feet to touch down and roll to a stop with easy braking. But that’s on a “normal” day. Perhaps there’s no such thing, but let’s agree that it usually means light headwinds, a dry surface, and standard approach speeds while aiming for the 1000-foot markers comin’ out of an ILS. Now, whatever landing distance you had assumed is out the window since you decided to change it up. Quickly now, how many feet do you need to land and stop? Do you go around? Continue?

Our dilemma takes place at Monroe, North Carolina. Winds are southwesterly at 12 knots, with shower ceilings of 300-400 feet. You’d flightplanned for the RNAV 23 with LPV minimums of 939-7/8 (268 feet AGL). There’s a long straight-in available so you call it good—no need to look further. However, an AWOS check 15 minutes from the fix shows the overcast has dropped to 200 feet, vis to a half-mile due to a large cell of rain moving through. Decision time: divert, or continue. The runway length seems fine to take the tailwind on the ILS 5, which offers 200-1/2 minimums. Besides the MALSR, only available on Runway 5, might come in handy. So continue, with an amended clearance.

All’s well until passing the visual descent point about a mile out—no runway in sight. Decision time again: miss, or continue. You continue, and on a half-mile final you see the lead-in lights in full, with just a hint of breaking out below 200 feet. Under Åò91.175, you can continue to the surface as the visibility meets the minimum and the approach lights and red terminating bars are in sight. But when you fully break out, you’re still at 100 feet AGL as the aiming point zooms by. Now, you realize you’re unable to discern how much runway’s still ahead as you try to plant it down with a groundspeed of 100- plus knots. Suddenly 7000 feet doesn’t seem so long. The missed approach climbout took a few seconds more than you would’ve liked, and you were never more worried about losing an engine. But it worked, and the climbing right turn to 3000 and back into the wind was enough to start breathing again.

In the Real World

Settle back into your armchair now. We decided to abort the landing, but that was after some surprises popped up late in the game, making the go-around much more critical. Here’s an actual example of what happened at Monroe when the pilot continued the approach. In 2015, a Beech Baron landed long on Runway 5 during the ILS approach. The pilot was unable to stop before the twin went off the departure end. There were no injuries to the pilot or three passengers, but the aircraft was substantially damaged. According to the NTSB records, the pilot reported planning the RNAV 23 at KEQY, with 939-⅞ for the LPV. But with weather below that, he changed to the ILS 5 to get the DA of 883 feet with . mile visibility. Reported weather at the time was . mile visibility, indefinite ceiling with vertical visibility of 200 feet, wind 230 degrees at 11 knots, according to the NSTB summary.

Moreover, a NOTAM for Monroe was in effect, raising the ILS ceiling minimum higher than that pub lished for the RNAV 23: ILS OR LOC/ NDB RWY 5, AMDT 1A… S-ILS DA 975/HAT 297, VIS 7/8 ALL CATS …  GLIDESLOPE UNUSABLE BELOW 97. (There’s no mention of the RNAV 5 in the accident report.) The TDZE there is 683 feet and Runway 5 (only) has an approach light system.

The pilot reported he had flown the ILS 5 to “about 100 feet above decision height” but “did not have the runway environment in sight” and made moves to go around, but did not go so far as to increase power. He then saw the runway centerline and continued for landing with full flaps. He reported flying normal speeds of 105 knots on approach and 85 at touchdown. He estimated landing about 6000 feet down the 7001-foot runway, applied braking on the wet asphalt with flaps still down, and was unable to stop.

It’s not clear if “about 100 feet above decision height” means the NOTAMed DA or the published DA. Either way, though, it appeared he stayed there for a bit as he prepared for the missed but didn’t add power. Assuming he saw the lead-in lights and red terminating bars, with sufficient visibility the pilot was legal to land under Åò91.175. He was also legal to land upon seeing the runway centerline markings, but his hesitation took him too far down the runway to safely land. Using discernible brake marks on the pavement and the tracks on the grass, the NTSB estimated it took 1600 feet from touchdown to stopping. The board’s probable cause: “The pilot’s failure to maintain a proper glidepath and failure to perform a go-around once a safe landing could not accomplished, which resulted in a landing area overshoot and runway excursion.”

Using the NSTB reports for weather and airport conditions, the full landing distance would be just over 2900 feet using the Baron’s performance tables. We’ll assume the aircraft was 5000 pounds at the time with no 50-foot obstacle, using an 800 feet/minute descent, gear and flaps down, maximum braking on level, dry pavement. The pilot reported a touchdown airspeed of 85 knots, indicative the aircraft was at or close to a 91-knot approach speed at 50 feet.

The tailwind, which can be accounted for on the Beech performance graphs, increased the obstacle landing distance to 1750 feet, compared to 1100 feet for an 11-knot direct headwind for Runway 23. This could have been plenty for a 7000-foot runway, but the other factors—a wet surface, low IFR weather, indecision or late decision— just didn’t stack up for success. To drill down a bit further, the footnote on “maximum braking” remains as yet another subjective area in which it would be difficult to tell if maximum braking was achieved.

Advisory Circular AC 91-79A defines “Maximum Braking Effort” as “maximum brake application by the pilot.” We rarely stand on the brakes unless there’s an emergency; in this case it’s assumed the pilot attempted as much but the runway conditions degraded brake effectiveness. The AC also notes that for wet surfaces, “For airplanes without an antiskid system slow back pressure should be applied to the yoke such that it will not raise the nose of a nose gear airplane for aerodynamic braking while maximum braking that will not cause skidding is applied.” With no landing performance factor to account for a wet surface, the additional increase in landing rollout is simply unknown. The same applies for runway slope. In this case there’s a 0.3 percent slope, uphill on Runway 23. SE-2, 30 JAN 2020 to 27 FEB 2020 SE-2, 30 JAN 2020 to 27 FEB 2020 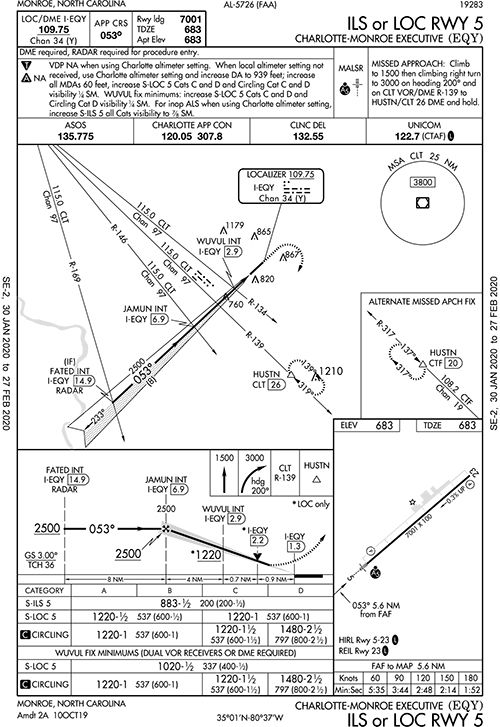 Would there have been other options besides diverting? Depends. Missing and holding for better weather, or lower tailwinds, are some workarounds worth considering. A missed approach can be commenced at any time on the approach, even at touchdown. But the later, the lower, the further down the runway, the riskier the go-around. It consumes more time, more space, and adds workload to ensure obstacle clearance at the departure end.

In Åò91.103 the regs require familiarity with “all available information” including runway lengths and takeoff/ landing data as available in aircraft manuals. There are times when this isn’t enough. That’s when judgment comes into play, often resulting in different outcomes.