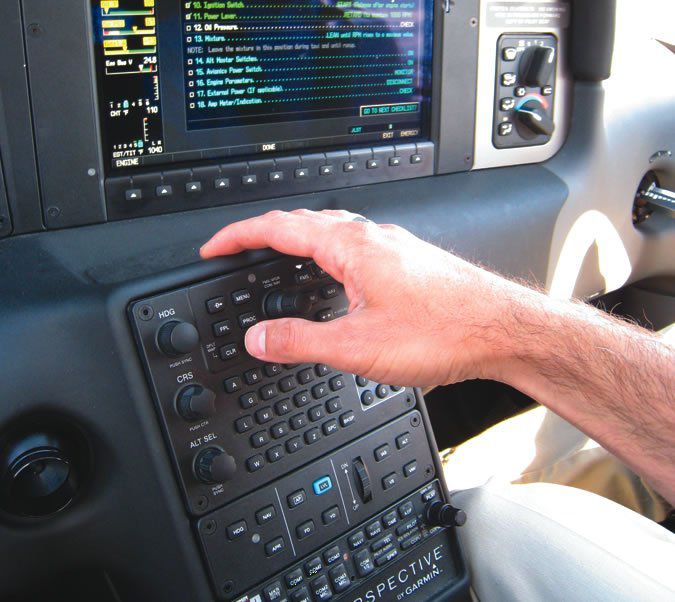 I was in the car with two other pilots while the guy in the back seat was reading out loud a column by a well-known aviation writer (whom we all respect): “… Now anxiously switching the Avidyne EX500 between the map/NEXRAD display, the on-board radar, the METAR and TAFs and the stored approach charts for KLEB, I was completely concentrated …”

Both of us in the front chimed in together and without even a beat, “You were not completely concentrated.”

The more time I spend in the cockpit the more firmly I believe that multitasking is a myth we perpetuate as a feel-good panacea for trying to do too many things in too short a span of time.

Instead, we “serial-task.” For example, we can’t simultaneously program the GPS and watch a heading to come in on the HSI. Both take our foveal vision and conscious mind. Instead, we see the roll-out heading is at least 15 seconds away, so we take the first 10 of those seconds to deal with the GPS and then look back in time to see the heading bug rolling toward the top of the HSI. This is not two actions at once. It’s one action commenced, put aside so another action could happen and then returned to in time to complete it.

The distinction is more than semantics, especially in a cockpit with a half-dozen tempting LCD displays. It’s like when I ask my eight-year-old to go get his sweater. He heads upstairs but makes a quick detour to the bathroom. While he’s taking care of business, he picks up a book, which he takes into his bedroom. When I go looking for him 10 minutes later, he’s on the bed reading—and he still hasn’t gotten the sweater.

I have occasionally seen pilots get so distracted by the avionics they abandon flying the airplane until ATC, the CFI or a terrain alert chimes in. But that’s not what usually happens. More often, I see people trying to string too many tasks together—watching a course converge on the HSI, checking the weather on the MFD, programming the GPS, making a radio call, briefing a plate. Cram too many actions into too small a span of time and none gets done well, or, sometimes not even just good enough.

So how do the pilots who seem to multitask well do it? I see three common themes. One is that when a given task is at the forefront, they do it completely and without rushing. They may only get through the frequencies on the approach plate before looking back to the instruments, but everything that needed to happen with those frequencies was done. And before they look back from the instruments to the plate to continue, they ensure the aircraft is completely stable.

The other thing is they rely on multiple sensory channels, and, in doing so, achieve a level of multitasking. For example, they listen to the aircraft even when they aren’t looking at the instruments and can hear that something that’s not the center of attention is getting out of whack.

One sentence later in that article, the falsely-concentrated author admitted he was “not well concentrated.” Learning how and where to focus has always been a core IFR skill. But cockpit tech has made it more important than ever to remember that even someone juggling six balls usually only tosses one ball at a time.