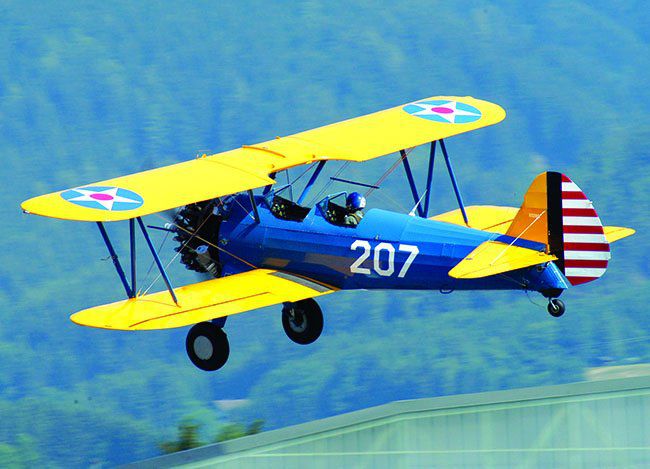 Fuel-management procedures are entwined into every aspect of flight, from planning to a periodic scan of the gauges while you’re zipping along at cruise. But even the best-laid plans can easily fall victim to diversion, delays and even overly-optimistic thinking.

A pilot running short on fuel can advise ATC of two fuel different states: minimum fuel and emergency fuel. What few pilots understand is what those terms actually mean in the mind of a controller.

As an Instrument pilot on an IFR flight plan, you’re mandated by FAR 91.167 to take off with enough fuel to fly to your destination, fly to an alternate airport, and then fly for an additional 45 minutes at cruising speed. The FAA is quite specific in its requirement.

In contrast, there is no real definition for minimum fuel in the AIM:

1. Advise ATC of your minimum fuel status when your fuel supply has reached a state where, upon reaching destination, you cannot accept any undue delay.

4. Be aware a minimum fuel advisory does not imply a need for traffic priority.

5. If the remaining usable fuel supply suggests the need for traffic priority to ensure a safe landing, you should declare an emergency due to low fuel and report fuel remaining in minutes.

Without defined time requirements, minimum fuel leaves much up to the pilot. Many airline, corporate and cargo operators remove any doubt by requiring a minimum-fuel advisory if the crew expects to have 45 minutes of fuel available upon reaching their destination. Some operators cut it as close as 30 minutes.

But it’s not always that simple. A King Air can cover a lot more ground in 30 minutes than a Cessna 172. A clear-and-a-million day with the home airport in sight is a vastly different situation from beating about in a cloud deck 30 miles from an unfamiliar airport in sequence for a down-to-minimums ILS approach—especially if the pilot’s instrument proficiency isn’t what it should be. Each pilot’s experience and comfort level are unique.

In short, use your judgment. If you are concerned about your fuel state in relation to your personal abilities, position, aircraft type and flight conditions, advise ATC that you are minimum fuel sooner rather than later. Mention it upon initial contact with each subsequent controller: “Denver Approach, November Eight Alpha Mike, out of 7000 feet for four, minimum fuel.”

A Heads Up to ATC

If an aircraft declares a state of “minimum fuel,” inform any facility to whom control jurisdiction is transferred of the minimum fuel problem and be alert for any occurrence which might delay the aircraft en route.

NOTE: Use of the term “minimum fuel” indicates recognition by a pilot that his/her fuel supply has reached a state where, upon reaching destination, he/she cannot accept any undue delay. This is not an emergency situation but merely an advisory that indicates an emergency situation is possible should any undue delay occur. A minimum fuel advisory does not imply a need for traffic priority. Common sense and good judgment will determine the extent of assistance to be given in minimum fuel situations. If, at any time, the remaining usable fuel supply suggests the need for traffic priority to ensure a safe landing, the pilot should declare an emergency and report fuel remaining in minutes.

Like AIM 5-5-15, 7110.65 states that a controller is not required to give a minimum fuel aircraft priority traffic handling. It also does not define the length of an “undue delay.” So minimum-fuel is just a “heads up” to ATC. It gives the controller freedom to act as he deems appropriate given his traffic and situation at the time, using his own judgment.

Ask five different controllers how to handle a minimum-fuel aircraft and you’ll get five wildly different answers. Some will actively try to slot them sooner into their sequence. Some will break out aircraft on their final to make way, which might be a bit excessive given that it’s not a declared emergency. Others will not do a thing differently and just vector the aircraft for sequence as usual, while keeping the minimum-fuel advisory in mind in case a potential delay situation occurs. No matter their style, every one of them is required to pass on to the next controller – be it the tower or another radar sector – that the aircraft in question has reported minimum fuel.

When I’m working a minimum-fuel aircraft, I will give the aircraft some priority. If I have two aircraft tied for the runway, I’ll give the lead slot to the min fuel airplane. If I’m vectoring for sequence and it’s a slow aircraft like a Cherokee or Skyhawk, I’ll keep his pattern tight so that he doesn’t get too far from the airport. If I have to put some of my aircraft into a hold for spacing, my last choice will be the minimum-fuel aircraft. I’m mindful that I’m talking with a pilot who’s concerned about his fuel state.

Little things like that can help keep a minor issue from developing into a major problem, even though I’m not required to turn my sector upside-down to implement them.

Despite the best intentions of all involved, it’s possible that a pilot’s fuel situation can degenerate from worrisome to outright dangerous. Whether it’s brought about by poor flight conditions, traffic volume, holding patterns, vectors, or other factors, a declaration of emergency fuel is in order.

The FAA defines it as: “The point at which, in the judgment of the pilot in command, it is necessary to proceed directly to the airport of intended landing due to low fuel. Declaration of a fuel emergency is an explicit statement that priority handling by ATC is both required and expected.”

Emergency fuel’s meaning is crystal clear: The lives of the people aboard are threatened and the aircraft needs to land immediately, and ATC is now required to render assistance.

The actual time to declare emergency fuel is still up to the pilot, but some time for cushioning it would be advisable. For instance, if the airport is five minutes away, each of two approach attempts would take five minutes worth of vectors, and an extra five minutes for contingencies is desired, then an emergency fuel state should be declared when the tanks show 20 minutes of fuel remaining. But why wait until you have less than half an hour? In speaking with numerous pilots, the consensus was that 30 minutes was a good number to use.

Upon declaring a fuel emergency, it’s imperative the words “emergency fuel” are used and the amount of fuel left in minutes is stated. “Approach, Citation Six Eight Tango. I’m declaring emergency fuel. Three zero minutes of fuel remaining.” That makes it absolutely clear to the controller that you are in acute danger and need immediate assistance. Nothing tops the needs of an aircraft in distress. Conflicting aircraft will be turned out of the way. Controllers will coordinate their actions via landlines. Crash phones will ring. Fire trucks will roll.

There’s no better time to exercise those communication skills than when you’re facing a potentially fatal, time-sensitive situation. If you’re concerned, let ATC know using one of the two defined ways to describe your fuel state.

Minimum fuel may not guarantee you a bee line for the threshold, but it raises a red flag in the controller’s mind. And, depending on the controller and his traffic, it may get you priority anyway. It will also ensure that every controller you talk to thereafter will be aware of your fuel situation. Think of minimum fuel as a tool to use when necessary.

And, if there’s any serious worry in your mind, never be afraid to declare an emergency. You wouldn’t hesitate to declare one over an engine failure, and that’s precisely where a low-fuel state will lead.

Tarrance Kramer does what he can for Stearmans and Citations alike from a scope somewhere in the southeastern U.S.