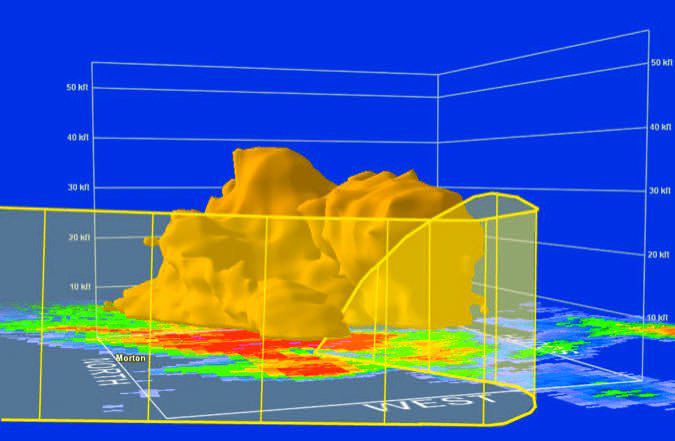 One of the things we hear that readers like best about IFR is our focus on stuff you really want or need to know in the practical world of flying on instruments. That, of course, and the occasionally flip and irreverent or even cheeky way we present it.

Many mainstream aviation publications include a recitation of facts about selected accidents. The idea, I’m sure, is a “there-but-for-the-grace-of-God-go-I” kind of warning. Clearly there’s value in that information, but when I read those sections I’m often left with a “so-what” or “too-bad-for-them” reaction because discovering the applicability of those mishaps is left to the reader.

IFR has never published many articles about accidents. However, we’ve recently begun to occasionally include that article genre in the lineup of the mag.

I heard from one reader who scolded me for using the same scare tactics that caused him to drop his subscriptions to some other mags that always had a few pages of accident reports. We actually had a good discussion, as I explained that our approach was a more practical view. We tried not to focus on the accident itself, but analyzed it in some depth to figure out what the pilot (potentially, one of us in the same situation) might have done differently for a better outcome. In other words, we try to use others’ misfortune as an opportunity to learn and improve our own aeronautical decision making.

I also explained that this was never to become a monthly feature. Instead, I’ve tasked our meteorologist, Tim Vasquez, with three articles a year analyzing a couple weather accidents appropriate for the season, with a focus on what went wrong and how the pilot could have better interpreted the atmosphere’s warning signs. So, while, yes, those are accident-review articles, our intent is to use them as a platform from which we can analyze some real risks of aviation and, with the wisdom of hindsight, find ways we can mitigate similar risks for a successful flight.

While Tim focuses his talent on the occasional weather accident, I’ve asked contributing editor Elaine Kauh to write an occasional article on other accident causes. Again, though, the focus of the article will be what we can learn, not the mishap itself.

Because of that discussion, though, and that reader’s response to the shift within the lineup that I was making, I suggested we’d cut back a bit on them. He considered that and actually made a 180 and asked me to continue with the articles as planned. So, we are—as you’ll see in this issue.

Tim will continue with his occasional, well-received, insightful analysis of selected weather-caused accidents, and Elaine will look at an occasional accident where weather wasn’t the primary factor. Both will focus on what we can learn for real-world flying.

By and large, I readers aren’t a group of bashful folks. It’s my job to bring you want you want and it’s yours to let me know what you want—or don’t want. We’ll continue trying to deliver the articles we believe will best help you understand the real-world risks of instrument flight and help you choose the best way for you to manage those risks on your flights.