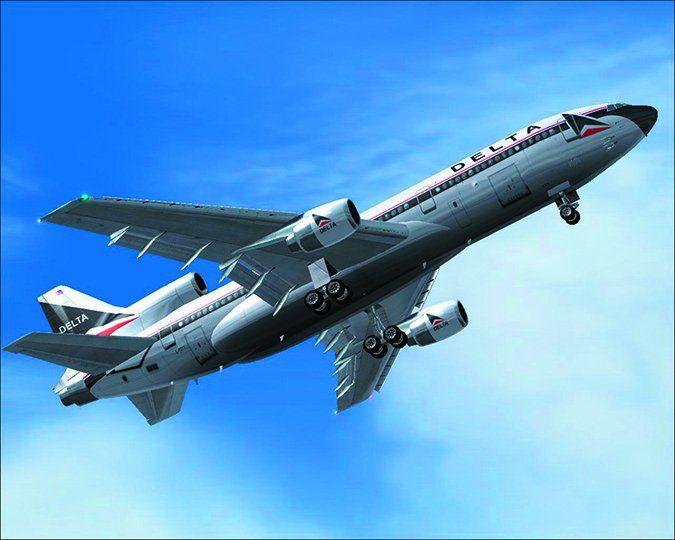 First, as a graduate of the United States Air Force Pilot Training Program, as a former U.S. Air Force pilot, as a retired Captain for a major United States air carrier, and as an instructor at a leading corporate pilot training center, I am a strong believer in Standard Operating Procedures (SOP).

However, I recognize that every now and then, some occasion will arise where there is no established procedure that may be used to solve the problem. When that happens, a pilot is sometimes left to his or her own to figure out what to do.

I extolled the virtues of Cockpit Resource Management (CRM), in an October 2014 article. Using CRM will certainly apply in such a non-SOP situation. Using ATC, contacting an expert aircraft mechanic or even the aircraft manufacturer for advice can sometimes be an option, if there is enough time.

Generally speaking however, most general aviation pilots will not have the luxury of such communication and will be pretty much on their own.

When There Is No SOP

There have been several examples in both air carrier and general aviation, where pilots have been able to use knowledge of their aircraft and their flying skills, in concert with their knowledge of aerodynamics, to bring a bad flight to a satisfactory conclusion.

The FAA has a video presentation on aircraft upset. The 25-minute video features the chief pilots of both Boeing and Airbus discussing ways a pilot should deal with an aircraft upset. One of the techniques these gentlemen recommend for loss of certain control capability, is the use of secondary flight controls, including “Thrust Vectoring.”

Examples of thrust vectoring include a notable incident years ago by a Delta Airlines crew flying a Lockheed L-1011 from San Diego to Los Angeles. Unknown to the flight crew, when they routinely checked the flight controls before takeoff, the horizontal stabilizer jammed in the full nose-up position.

As a result, when they started the takeoff roll, the aircraft began to rotate before they got to the rotate speed (VR) and the aircraft lifted off below liftoff speed. There was no published procedure for what was happening to them. The crew tried pushing the control yoke forward with all of their strength, to no avail. Finally in desperation, the Captain used thrust vectoring.

He pulled the thrust levers for the wing engines back and pushed the center engine thrust lever forward. The thrust differential initiated a pitch down and the crew was able to regain control of the aircraft. In addition, to move the center of gravity forward, the crew moved all of the passengers as far forward as possible. There was certainly no procedure in “the book” for that. They flew the aircraft, using thrust vectoring for pitch control to a successful landing at Los Angeles.

Another airline crew used thrust vectoring to control their aircraft, with a less happy ending. The United DC-10 that lost all hydraulic flight controls was a great example of a flight crew thinking outside the box. When the center engine came apart in flight causing a loss of all hydraulic flight controls, the crew was able to fly the aircraft to an airport, and carry out an approach using the thrust from the wing engines. Likewise, there was no published procedure for that situation.

They almost made it. The aircraft was on a very short final when the nose started down. The flight crew pushed the thrust levers for both wing engines up to stop the sink but the left engine spooled up faster than the right engine and the aircraft started a turn to the right, from which there was no time to recover.

Some of the passengers were killed in the crash, but the fact that many passengers survived is a tribute to the skill and creative thinking of the United flight crew.

The pilot of a Beech Baron and the crew of an American Airlines 767 both invented the same procedure when they lost thrust control of one of their engines and had no published procedure.

In both cases, the power control of one of the engines became jammed at cruise power. And in both cases, the pilots were able to make a successful approach and landing by varying the power on the operating engine, using drag (landing gear and flaps on the Baron and speed brakes on the 767), then shutting down the faulty engine during the flare.

All of the preceding incidents and accident were examples of pilots who kept their wits, used their knowledge of their aircraft systems and piloting skills to continue to “fly the airplane first.”

In a single-engine aircraft, thrust vectoring (engine power) can be used for pitch control. The rudder can be used to keep the wings level.

There are other examples of pilots who were unsuccessful in their efforts to control their aircraft because they had insufficient vision and could not think outside the box. The Air France Airbus that crashed in the South Atlantic is a classic case.

The accident report says that the pilots allowed the aircraft to enter an area of supercooled large droplets (SLD). With SLD, the water droplets are below freezing but are still liquid. The water freezes instantly when it strikes the aircraft.

The SLD assault was too much for the pitot heat and ice clogged the pitot tubes, causing the aircraft to lose airspeed indications. The pilots did not recognize the loss of airspeed indications, nor did they recognize the stall brought on by the high angle of attack created by their efforts to stop the descent. The aircraft stalled and crashed into the ocean, killing all aboard.

A very similar fate befell the crew of a Northwest Airlines 727 who had failed to turn on the Pitot heat and flew into icing conditions.

In both of those cases, if the flight crew had just leveled the aircraft on the attitude indicator and set cruise power, they would have had time to diagnose the problem and likely would have survived what could have turned out to be a minor incident. They did neither and paid the ultimate price. There was no published procedure for those situations.

If you lose indicated airspeed, be prepared to fly pitch and power. Remember, the wings don’t know that you do not know the airspeed. The wings will produce lift as long as you provide them with sufficient airflow and angle of attack. Do you know the attitude indicator pitch angle for climb, cruise and approach? Do you know the power settings for those flight regimes? If not, you should. On your next flight, note that data and write it down. Then you will have it if you need it.

Shouldn’t Be an Emergency

In January, 2016, a Cessna Citation 525 was being flown by the owner/pilot in a single-pilot Part 91 operation. The aircraft came apart in flight and fell to the earth in pieces after the pilot lost control. The pilot and his wife, the only passenger, were killed. (See sidebar.)

This tragic accident occurred because the pilot was apparently unable to fly the aircraft without an FMS. He declared an emergency because he was having to hand fly the aircraft. Aviate. Navigate. Communicate. Fly the airplane first. Every time.

There was no published procedure for this event. The pilot was firmly secured inside his “box,” apparently requiring “the box.” This ATP was lost when he had to operate outside (and without) “the box.”

There is no way to know what was going on in the cockpit of that aircraft, but as an instrument-rated pilot who flies in instrument conditions, you should ask yourself, “Am I able to fly this aircraft if I lose the (Pick one or even a couple: indicated airspeed, altimeter, attitude indicator, autopilot, FMS, GPS, communications, VOR, etc.).”

In the real world, things do not always go as planned. Sometimes, “The train jumps off the tracks.” When something happens, and there is no prescribed procedure for that event, what will you do? How can you prepare for that?

The GPS will give you ground speed and GPS altitude. If you have an angle-of-attack indicator, you should be golden and “don’t need no stinking” indicated airspeed. You do, however, need to know the angle of attack for climb, cruise and approach. Fly pitch and power.

Study to get a good understanding of your aircraft performance. The more you know about your aircraft systems the better off you will be when systems fail.

Don’t be reluctant to ask for help or seek advice when you have a problem. And never be afraid to use the “E” word. If you think you are in an emergency situation, you are. Do not keep it a secret.

Knowing how to think outside the box when a nonstandard situation comes up may very well keep you and your passengers from being inside a box being carried by six of your friends.

George Shanks retired from a major U.S. airline and now teaches at a corporate training center when he’s not flying his Debonair from his ranch in Texas.