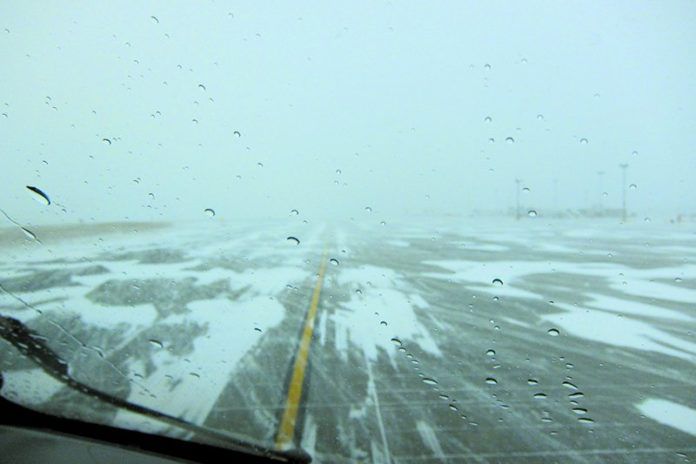 Reader Andr Durocher sent me a note with some interesting suggestions. While he remains legally current for flight in IMC, he doesn’t get enough of it to feel proficient. So, he restricts himself to mostly VMC. That’s certainly a safe and well-reasoned approach, and I applaud both the approach and the discipline required to follow it.

Reader Durocher went on to point out that many countries have varying levels of Instrument certification/licensing. While each level is permitted some IMC flight, only the most advanced levels get the same capabilities the U.S. offers a private pilot with an instrument rating. The idea is to provide basic instrument flight training without the intricacies of departures and approaches, then permit IMC flight only enroute, with VMC-only take-offs and landings.

I earned my certificates in a standard order: private, instrument, commercial, multi and ATP. Thus, to get my commercial/multi for instance, I had to again demonstrate instrument proficiency, but this time in the context of a commercial check ride. Then my ATP ride took instrument flight to an even higher skill level. Thus, in one sense the U.S. does have varying instrument certification levels.

But once you get the rating, your flying privileges and capabilities are the same at all certification levels. Does a private pilot with 150 hours and an instrument rating qualify you for an ILS to 200-1/2 in blowing snow? Legally, it does. But that’s a challenging approach that most prudent low-experience pilots would forego, perhaps suggesting we need a different level of instrument certification.

As appealing and logical as varying instrument levels seems, we generally have enough (too much?) regulation already. Yes, the FAA’s job is to regulate safety—an impossible task because you simply can’t regulate carelessness out of human nature. Instead, and the FAA seems to be realizing this, its job should be to regulate a framework in which we can impose our own restrictions to ensure safety.

I think Andr has already employed the answer for prudent pilots—personal minimums. This idea has been around for a long time and is even promoted by the FAA. Search online and you can find coursework for it.

The idea is simple: Instead of published minimums, based on your experience, comfort and, yes, proficiency, you set higher personal minimums. So, our low-time private/instrument pilot flying that ILS in blowing snow wouldn’t be flying it to 200-1/2, but would instead set his/her own minimums for that approach to perhaps 1000-2 or even higher.

The idea extends to all limits. Got a crosswind? What’s the maximum capability of your airplane? Then again, what’s the most you can realistically expect to handle today? It’s probably less.

When I was flying an airliner 50-80 hours a month, I was proficient. Even with all that experience behind me, I’m now forced to admit that perhaps an ILS to 200-1/2 in blowing snow wouldn’t be such a good idea, so I add buffers. Think about setting your own personal minimums before the FAA mandates it for you. Thanks, Andr.