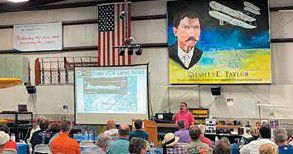 For three days I attended SUN ‘n FUN Aerospace Expo at the Lakeland Linder Regional Airport, Florida, and have a few observations to share. I spent a part of my time providing some oversight for two aircraft that Sarasota Avionics had on display. While my knowledge of either aircraft was minimal, I did have interesting interactions with many of those who stopped by to view the impressive glass panels in each.

While about half of those who previewed the aircraft indicated they were familiar with glass, an almost equal number had no experience. One of several concerns expressed by this group was renting aircraft with glass.

Of the hundreds of pilots I interacted with at the outdoor displays, perhaps six wore a face covering in deference to coronavirus restrictions, and the vast majority immediately offered a handshake. A few preferred the elbow or the knuckle greeting “fist bump.” The six-foot personal distance shrank to three feet. Despite this rather casual adherence to suggested personal avoidance standards, there was no marked increase in the virus in the weeks that followed.

Although SnF isn’t on the scale of AirVenture, there were more than 260 exhibitors listed, leaving few empty booths. The displays were impressive, and all the major avionics purveyors were represented, along with some newcomers with interesting gadgets like those that allow you to record ATC communications to your cell phone and play them back.

Of the 22 presentations listed in the program targeted at instrument pilots during the week, six related to tablet apps and two were for the use of simulators. These (and many other sessions) would have been eligible for WINGS credit but … the FAA declined to attend, saying, “The FAA, will have no presence at SUN ‘n FUN this year, we cannot approve WINGS credit for any presentation done there whether that credit is real-time or adjusted. We are not advocating gatherings of groups at this time due to public health concerns and as such cannot issue WINGS credit for these events.”

While the FAA’s lack of presence and declaration that they would not recognize any SUN ‘n FUN events for WINGS credit might have put off some potential presenters, it did not appear to discourage attendees. Gary Reeves (Pilotsafety.org) reported that all 14 of his instrument sessions were well attended. Whether the FAA will participate this year in AirVenture at Oshkosh is yet to be heard. Perhaps the FAA does not realize that most of us attend these seminars for the knowledge we gain, not the incidental recognition for WINGS credit.

As we slowly return to what (we hope) is a more normal state of flight operations, let’s give some dedicated thought to our growing high-tech environment and how best to train and retain for its use in the cockpit. No doubt Oshkosh will have a bevy of sessions devoted to instrument flight and is a great learning environment for whatever interest a pilot might have.

We can be assured that, barring any regression in progress to address the pandemic, Oshkosh will be as worthy as always. 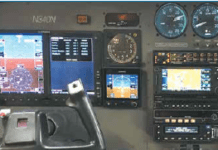