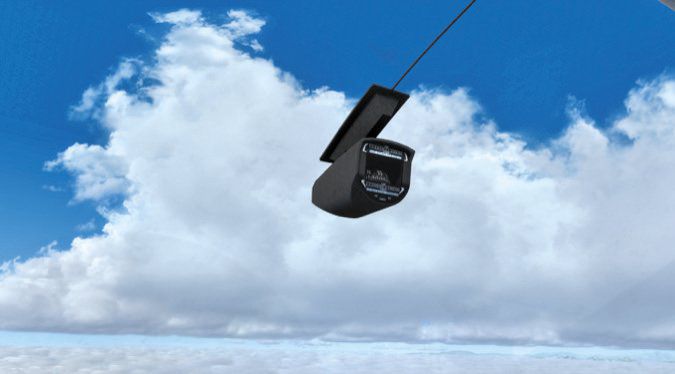 Many of us almost never file IFR. And there are many—like me—who almost always file IFR. In fact, outside of an occasional early cancellation or a trip around the patch for an extra landing or a test flight, I haven’t flown VFR in, well, longer than I can remember. And I’ve got my reasons beyond the crusty, retired airline pilot’s mantra of, “That’s the way we did it in the airlines.”

Have you recently looked closely at the airspace system we have to navigate today? Spurious TFRs pop up randomly, and it’s only getting worse. I don’t have to worry about any of that. I file what I want and if ATC doesn’t want me there, they, uh, tell me where to go.

All the MOAs, restricted areas and such are a pain. I try to file around or above them, but I never get it just right. If an MOA is active FL 180 and below, I’m at 190 or 200, but that’s often not enough. I do the best route planning I can and let ATC worry about whether they want me there. IFR is just easier.

Here’s a tip: Weather isn’t always VMC. Yes, it’s VMC a surprising amount of the time, but occasionally something unplanned gets in the way and, well, it’s a real bother to file a pop-up IFR flight plan. When you’re IFR from the get go, you’re ready whenever you need it.

My airplane seems happiest between about 17,000 feet and FL200. Sure, I’ve filed and flown much lower—usually westbound when the headwinds are half my true airspeed up higher—but if I’m already IFR, I can request any altitude that makes sense for me, for the airplane, the weather, and for the terrain. More than once I’ve been at 17,000 feet and requested even FL 250 to get over some serious schmutz ahead. Try that VFR.

Of course, there are some less lazy, better reasoned considerations, too. Chief among them is that capably flying “in the system” is a hard-earned skill, and I’ve seen far too many otherwise good pilots who have simply lost the ability to fly in the system without sounding—and acting—like a rookie. You spent a lot of money and effort for the right to fly IFR. Why not exercise that right as often as possible to keep your skills and familiarity with the system as sharp as you can? Wanna fly VFR? Get a Cub.

There’s an aspect of this last reason that’s less practical and more about me. I simply like flying in the system. I like the comfort of knowing a controller is helping me watch for traffic, watching the weather ahead. I like being traffic that they just can’t ignore, unlike VFR flight following. I’m there; I know it; the controller knows it; and we’re both committed to it for the duration. Then, if anything goes horribly wrong, I know that I’ll get somebody’s immediate attention.

No matter whether you do it for the practice, the routing, the comfort, the safety, or the familiarity, file IFR to exercise and enjoy your mastery of the best activity in the world. See ya out there!