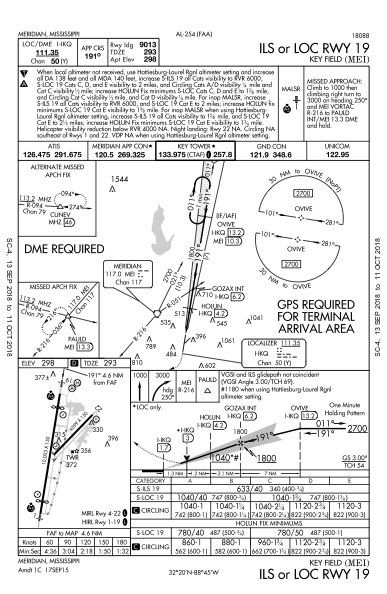 We pilots trust our cartographers. We must. We may wend our way from waypoint to waypoint, following the magenta pixels, but it’s black course lines and data on the chart that actually keep us out of trouble.

And then some well-meaning ground-dweller tries to simplify the presentation and bollixes up the whole thing.

A Story in Four Charts

The real-world execution of most approaches usually involves vectors onto the final approach course. This is as it should be, but we forget that the chart makers design assuming vectors won’t be available. They must provide at least one way for us to fly the approach without assistance or tag the planview area with “Radar Required.”

This transition must be a route with a published course and altitude connecting some fix in the en-route structure to the IAF. That one route could be a pretty inconvenient way if you’re coming from the wrong direction, so approach designers provide as many feeders as practical without making the chart an incomprehensible spider web of routes from airway fixes to an IAF.

Then came GPS-based approaches, and during some outbreak of logic and simplicity at the charting office two complementary realizations were made. The first was that there’s no reason to publish specific routes when aircraft can navigate to the IAF from anywhere without help. So the terminal arrival area, or TAA, was born. (Because these approaches are often flown by technologically advanced aircraft, you could fly a TAA with a TAA, but I digress.)

The genius of a TAA (the chart kind) is dividing the arrival into sectors, like sections of a pie, with a radius of 30 miles from the IAF. Once you’re within a sector and GPS direct to the IAF, you’re on a published route and can descend to the minimum altitude for that sector.

Regard the Jeppesen version of the RNAV (GPS) Rwy 19 approach to Meridian, MS (KMEI). This chart shows the simplest TAA you can have. The limit for a turn based on GPS is 90 degrees, so the maximum allowable turn from a route direct to the IAF to the leg after crossing the IAF is 90 degrees. This means each TAA should contain at least two sectors, divided by courses 90 degrees off the inbound course.

The sector in the northeast corner of the chart shows the sector from 101 degrees inbound clockwise to 281 degrees inbound has a minimum altitude of 2700 feet and shows NoPT. You’d proceed direct to the IAF at OVIVE, and once within 30 NM descend to 2700 feet, cross OVIVE and fly a course of 191 inbound.

If you arrive from the other direction, you use the reciprocal TAA sector shown on the west side of the plan view. Same 30 NM and same altitude, but this time you cross OVIVE and fly the hold-in-lieu-of-procedure-turn (HILPT) to reverse course and head inbound.

How do you know the TAA radius is 30 NM? On this Jeppesen chart it’s in the box on the right of the briefing strip above the plan view where it says, “TAA 30 NM IAF.”

Astute readers of Jepp charts will realize this box usually contains the Minimum Safe Altitude (MSA) for the approach. MSAs usually denote an altitude that’s obstacle-free for a 25 NM radius from some navaid on the approach. If everything else goes to hell, you can fly that altitude in roughly the direction of the navaid and—hopefully—fly the approach from there. Since the TAAs already define a 30 NM radius, why bother with an MSA? Hence, you’ll never see an MSA on an RNAV approach.

TAAs can get more complicated, but that’s fodder for another article.

Now roll to the Jeppesen ILS or LOC Rwy 19 chart, created in 2013, and one of the first of its kind. It’s a bit of Frankenchart, yet logical in its own right. If there’s an RNAV approach with the same inbound course and the same IAF as your local ILS, why not use the TAA instead of specific feeder routes?

That’s what happens here, and where things start to get … confusing. Reference the ball flag and note “GPS required” above the NoPT TAA notation in the upper right. If you’re not a Jeppesen user, ball flags require a cross-reference on the chart, which means “GPS required” connects to “TAA 30 NM IAF.”

Wait, isn’t “GPS required” assumed if we’re talking about a TAA? That note doesn’t appear on the RNAV chart that uses the same TAA. Not only that, you don’t need the TAA at all. The Meridian VOR is on several Victor airways, and there’s a published transition route of 021 degrees at 2700 feet from MEI to OVIVE. Make a one-minute procedure turn on the localizer, and fly the ILS. Why would GPS be required?

The note “GPS Required” is satisfyingly simple and to the point. The note is also wrong.

Switch to the AIS (government) chart and you get two notes in the planview. “GPS Required for Terminal Arrival Area” and “DME Required.” The first note makes sense: You can’t fly the TAA without GPS. But why is DME required?

It turns out this has nothing to do with the TAA. The angle between the localizer and the transition route from MEI is small enough that the designers were concerned it wouldn’t be precise enough to identify just as an intersection. The note was put on the chart pending a flight check. Apparently Flight Check said it was not a problem, but the note didn’t get struck on the AIS chart.

However, someone at Jeppesen either “corrected” the chart and removed the need for DME or figured if GPS was required that covered the need for DME. Either way, they just made GPS a requirement—but left out the detail that it was only for the TAA. Simple, but not exactly the complete picture.

Not that you could get all this from the chart. We had to contact Oke City and have them go digging through the records to sort this out.

No MSA and No GPS?

The use of a TAA with an ILS makes sense given how many aircraft have some kind of RNAV system. However, note that neither the Jepp nor the AIS ILS charts have an MSA. The TAA takes its place. But GPS is only required if you use the TAA. What if you fly this approach without GPS? (OK, everyone has some kind of GPS these days, but just suppose.) If you’re within the 30 NM ring how do you determine how to use the TAA altitudes as safe altitudes.

Probably the same way you know you’re were within 25 NM of an MSA based on an outer marker, which was commonplace for about five decades. You guess. MSAs are for emergency use only. Survive by your wits, my friend.

This brings up an interesting twist hinted at much earlier. MSAs are sometimes segmented like TAAs, because they need higher altitudes in some sectors. TAAs do that as well, but to a much greater degree. They can have outer altitudes from 30 NM to, say 12 NM, at which point they get lower. That might apply to only certain inbound headings and not others. Entire sectors might be omitted because you can’t make a transition due to terrain or some other restriction.

This makes for a rather complex MSA that you’re expected to use in an emergency, potentially on an approach that doesn’t require GPS. Just something to think about next time you’re briefing an approach and considering “what if” contingencies. The approach might be flyable without GPS, but minimum safe altitude areas could be completely dependent on it.

The wording of these old notes on the ILS or Loc Rwy 19 charts was an attempt by the charting office to offer pilots greater flexibility but without any real guidance from the rules governing charts. The rules didn’t exist yet.

Since then, the wording has been refined and on both the Jepp and AIS versions of the ILS or Loc Rwy 01 approach to KMEI you’ll see the same note: “RNAV-1 GPS or DME Required for Procedure Entry.” On the government chart, this is at the top in a new area specifically for required equipment and the segment of the approach affected. You’ll need GPS if you fly the TAA. You’ll need DME or GPS in lieu of DME if you fly the arc, or the direct transition from MEI to ACZUP. Like the transition on the ILS Rwy 19, the angle between the localizer and the transition from MEI is too shallow for precise location.

At some point, the notes on the ILS or Loc Rwy 19 chart would be updated to the modern format, except it turns out the whole chart may change. The MEI VOR is overdue for a recalibration of magnetic variation because it’s seven degrees off at the time of this writing. However, it’s not slated for that update because it’s not on the list of VORs to retain in the minimum operational network of VORs in the U.S.

That means the next time this chart is updated, there probably won’t be any way to self-navigate onto the approach without GPS. The missed approaches also use MEI, so they will change.

Next time the chart gets updated, the simple note “GPS Required” might sum it up completely, succinctly—and correctly.

Jeff Van West appreciates both linguistic simplicity and an outbreak of logic. He occasionally even achieves them, though not necessarily on the same day.