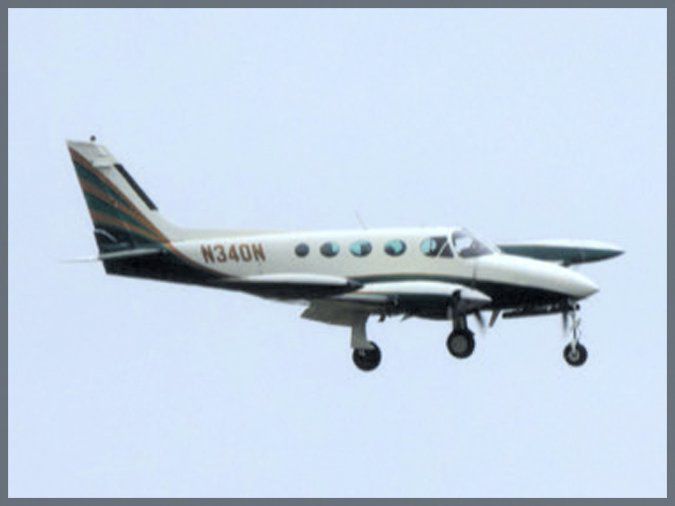 Recently I had lunch with my friend and colleague Jeff Van West, Jenny Van West, a talented musician and Jeff’s delightful wife, and 14-year-old Baxter, their youngest son. Baxter is an uncommonly bright and interesting young man with the not-uncommon black-and-white simplistic view of the world that is the purview of youth.

We’d flown our six-passenger, twin-engine, pressurized, 30-gallon-an-hour-burning Cessna 340 to the meeting. Baxter, a budding pilot, asked what kind of plane we had, and Jeff told him. Baxter, being unfamiliar with it, grabbed a cell phone and looked it up. After a couple minutes to research and absorb the information, he took me slightly aside and conspiratorially asked me, “Isn’t that gratuitously large for just two people?”

Pausing a moment to gather my deflated ego—I’m accustomed to compliments about the plane—I only offered a dumbfounded response, “Yup. Guilty as charged.” Of course, that got me thinking about the gratuitous nature of personal aviation. Is there any personal aircraft that’s not gratuitous?

Start at the top. The president flies in a Boeing 747, fergoodnessake. It exists solely to move him wherever he needs or wants to go. Sure, they pack many other people on board, but usually just the prez is the mission-critical passenger. The plane would go with or without the other freeloaders.

My friend Glen flies 757s across the Pacific to and from the Hawaiian Islands for an airline. In his time off, he’s often at the local airport, gratuitously using his Piper J-5 to turn gasoline into fun.

So, I’ll concede that virtually all personal flying is, indeed, gratuitous. Now what? Should we all sell our beloved aircraft, turn in our pilot certificates and start taking the train?

To escape Baxter’s “gratuitous” label, we should. But, that’s not the entire picture, is it? Shouldn’t we also live in tiny structures built entirely from natural, non-processed materials? Shouldn’t we walk or at the very least take public transportation in the form of busses or trains? Yes, we should. But, we don’t.

We live in a modern, convenience- and recreation-centric society. The reality of our existence is that time often is money and the quickest way to save time—and maybe have a little gratuitous fun along the way—is to make our trips via personal aircraft. That could be a 747 for the president; it could be a Cessna 340 for an aviation-magazine editor with a lot to do and not a lot of time to do it in; or it could be a J-5 for an airline pilot in need of recreation.

Then, there’s the whole personal preference aspect. We could probably achieve similar time efficiencies in a smaller, single-engine airplane like a Mooney. (Most Cirri still cost more than the 340, so they don’t yet count.) Yes, but my personal missions often require greater weather immunity and more capability (like carrying four adults long distances), so the 340 works for me.

Sorry, Baxter. While flying our airplane is gratuitous, not flying it is a concession I’m not willing—and don’t yet need—to make. Meanwhile, I promise to guard against as much gratuitous excess as possible in other aspects of my life—like driving a hybrid. Will that help?