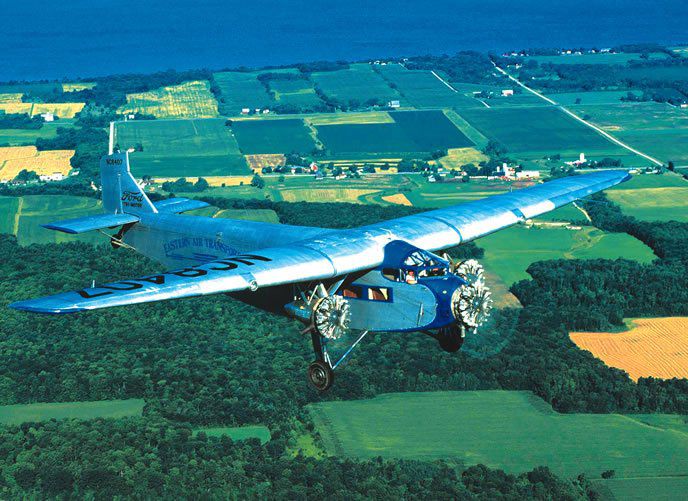 One of our contributors found an aircraft manual from 1929. It’s labeled “Instruction Manual for Ford Trimotor.” It contains elements of a POH/AFM, a flight and operations manual and even a maintenance manual. That’s a lot of information to pack into 112 pages.

Perusing it, I began to think about the, um, good old days. No, I don’t claim that aircraft or pilots were somehow better back then. Instead, though, I reflected on what it meant that the Ford Motor Company undertook an aviation division and failed.

By then, the Ford name had already come to mean an economical, quality automobile for everyday households. So, in retrospect the entry of Ford into aviation should have held great promise. But Ford and other potential harbingers of aircraft as the dominant means of personal transportation failed us.

Was that claim (or dream—take your pick) even remotely possible? Probably not, given the logistical requirements of aircraft. But what if, like Ford’s automobile manufacturing, they had succeeded in producing a flying machine that the people in the factory who made them could afford? Unlike automobiles, aircraft manufacturing never came even close to that admirable goal.

Supply and demand are controlling factors in any product-success analysis, and are certainly the keys here. There may have been a potential demand at one time, perhaps as early as the Trimotor’s predecessors. But that demand was never met, probably because designs hadn’t yet matured enough to make aircraft as reliable and easy to operate as automobiles. So, while the public was driving everywhere, the airplane retained the air of dangerous, adventurous mystique that to some extent remains its curse today.

Designs did improve enough for a post-World War II GA heyday that lasted, in some measure, into the early 1980s. If my analysis of the missing supply in the early days was correct, by even the 1950s the equation had reversed. Quality, reliable and, even affordable aircraft were possible, but there was never enough demand to reach the illusive economies of scale.

Why are airplanes so expensive? It’s not the raw material. It is to a large degree the labor because the small volumes can’t support automation. The manufacturers also want us to believe it’s insurance, and it probably is to some extent. What else? Design and certification costs? Yes, certainly, given the relatively small volume to amortize all that. So, we keep coming back to economies of scale and supply and demand.

Airplanes would be cheaper if we’d buy thousands of times more of them. With the romance still dominant in the image, the potential manufacturing supply is really far greater than our demand. That makes the demand the problem, but we can’t fix that until we fix the economies of scale. No, it’s a vicious circle we’ll never escape and I sadly predict it’ll only get worse from here.

This is little more than a thought exercise, like denial or bargaining in the K bler-Ross model for five stages of grief. But, it’s fun to think about. You must know, however, that for even us diehards, it’s necessary to reach the acceptance stage—or wealth—to fly at all.