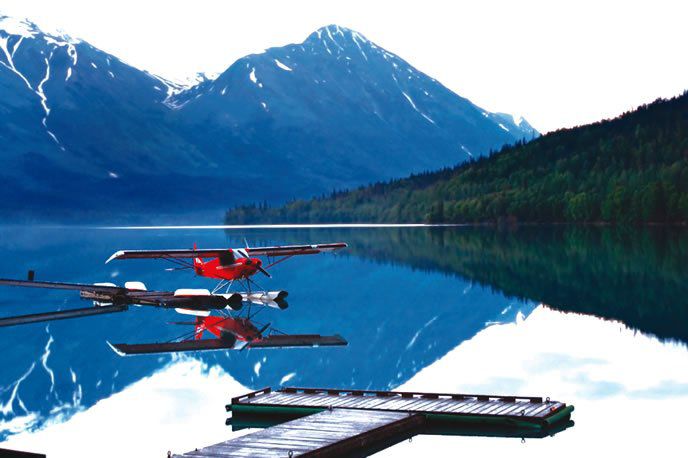 Well, I Fly That Low

I read your editorial “The Drones Are Here” with interest. You asked the question “When was the last time you flew below 400 feet away from an airport?” My answer is: yesterday.

As a seaplane pilot, I do this all the time over bodies of water. So do thousands of other seaplane and helicopter pilots. There is no way on earth that we would ever be able to “see and avoid” these tiny toy aircraft—at least not in time for the “avoid” part—and for sure, their untrained operators would not be likely to anticipate and avoid us.

It is not a matter of if, but when someone will be killed by these dangerous drone operations. I guess our lives are less important than the interests of hundreds of thousands of drone hobbyists.

Good point, Marc. You’re right. I didn’t consider typical off-airport operations. In fact, that’s embarrassing since I have a Commercial SES myself. I’ve also landed a Super Cub with tundra tires on a gravel bar in the middle of a river.

However, I can’t imagine that the normally off-airport remote places we operate float planes or bush planes will be a hotbed of “these tiny toy aircraft.” So, for now, the realistic risk is quite low, but admittedly not zero, and is increasing. That’s why I called for the FAA to act quickly and decisively before, not after, there’s a problem.

You briefly touched on what is probably the biggest risk, and that is to helicopters, especially emergency-services operators. These brave pilots operate in difficult urban environments all the time. There, they are far more likely to encounter a small, even “toy” camera drone operated by a well-meaning citizen trying to capture his/her moment of fame.

Where Did My Fixes Go?

I was recently flying an ILS that I had properly programmed into my Garmin GNS 430W. I’d selected vectors to final as that is what I was getting.

At some point I think the controller grew tired of me and simply gave me direct to a fix on the approach and cleared me from there for the approach. However, trying to select that in the 430, the fix was missing.

I’ve seen this behavior before, but never quite so troubling. In the past I wasn’t assigned direct to a fix, but instead was told to contact tower or some other instruction that required less precision.

Why aren’t those fixes displayed on my navigator or even on my moving map?

It is standard behavior in the industry when selecting vectors to final that all the intermediate fixes except the FAF and the runway threshold fix will disappear from the flight plan. It even happens on the FMS boxes in big iron.

This is done simply to declutter the map and flight plan with the reasoning that with vectors, you no longer need those fixes. To circumvent this behavior, simply select the approach using something other than vectors to final, typically from an IAF that’s most appropriate (least inappropriate?) for your direction of flight. Then, when you start getting the vectors, select direct to the appropriate fix—the furthest fix from the runway you’ll actually fly over. When you get vectored over/near that fix, the flight plan will be in synch with your flight path.

We checked with Garmin on this to confirm the behavior. They volunteered that this one “feature” has been a subject of some debate and there’s no clear choice one way or the other. So, they’re considering a possible future software update that could include a pilot-selectable option that wouldn’t remove those fixes, instead simply leaving them in a more subdued color.

We encouraged that option because, as you observed, not having those fixes can sometimes cause some problems. Note, though, that “considered for a future software update” is a long way from under development or even planned.

Great article, and timely. It just so happens I got to fly the BRDGE 7 STAR into Tampa Exec (VDF) from Palm Beach Co. Park (LNA) in my Twin Comanche during a Mercy Flight mission the day after reading the article.

In the article, Frank notes that for a speed restriction that changes between fixes, maintain current fix restriction speed until you need to slow down to make the next fix restriction (assuming the speed is slower). I assume the same holds true for altitude restrictions.

Given no other ATC altitude instructions you would fly 2600 from RSW until you need to descend to make 2000 as you cross ROGAN. ATC will understand you are descending to make the 2000 restriction at ROGAN. For my flight I was given 8000 out of LNA, radar vectors to LBV then BRDGE 7. I stayed at 8000 until directed by ATC to descend to 6000 around ROGAN. Perhaps I should have been at 2000 from LBV onward and crossed LBV at 2000?

You have a couple misunderstandings, Greg.

First, this is not an RNAV STAR, so the information in the article is largely not applicable. RNAV procedures have the word, “RNAV” in the title.

Second, the altitudes you see on the legs are leg MEAs, not crossing restrictions. Restrictions (altitude and/or speed) are always noted at a fix as shown on the procedure in the article.

Also, not all RNAV procedures include altitude and/or speed restrictions. For example, the DEAKK 4 procedure for the same Tampa Executive is an RNAV procedure, but there are no crossing restrictions beyond the expected altitudes for planning. In this case, just fly the speeds and altitudes that you’re assigned by the controller, as always.

Last, it sounds as if ATC gave you absolute altitude assignments (“Descend and maintain…). You need to comply with those, regardless of the procedure you’re flying. On an RNAV STAR, you would only follow the charted fix (not leg) altitude restrictions AFTER you’re given, “Descend via the … arrival.” Do not confuse “Cleared via…” with a descent clearance since the “Cleared via…” is merely a routing clearance.

So, in flying the BRDGE 7, you’d merely fly altitudes and speeds as assigned while following the charted course. Nothing else.