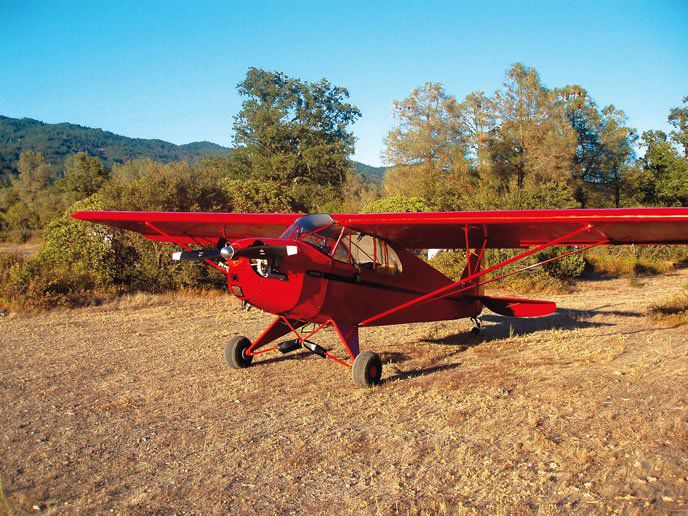 Even as a kid, I recognized the hyperbole in the old clich about my elders having it tough, walking to school two miles through heavy snow—uphill in both directions. So any time I start down the path of “When I was younger…” something inside me clicks and I quickly change gears. Until now.

When I learned to fly, I learned first to operate the craft. Then, after achieving a questionable level of competence, we progressed into operating some of the fancy toys on the panel (like VORs) for navigation. Elementary instruction focused on basic stick and rudder skills that still serve me well today, regardless of whether I’m flying a piston trainer or a passenger jetliner.

Mooney’s latest new owners have announced a new trainer. The thrust of the trainer seems to be, you know, training fledgling aviators to, you know, learn to fly. Yet, they make great hype about it being a technically advanced aircraft. Anybody see the disconnect here?

Now, I’m not going to dispute that aircraft with fancy panels, even “basic” trainers, probably sell better than those with just the minimum, but we reach a point where the industry has to ask itself if we’re going to train a bunch of aircraft programmers and operators, or if we’re going to continue trying to create qualified aviators.

I’m on the side of creating qualified aviators. Sure, even airline pilots can perform their job 99 percent of the time demonstrating little more skill than a basic takeoff and landing, leaving everything else to the computer. But, there can and does come a point where the computer encounters something it doesn’t recognize, says simply, “What the..? Your airplane,” and disconnects, leaving the programmer/operator to try to save the day. Good luck with that. (Want examples? Consider Air France 447’s encounter with significant weather and its subsequent plunge into the Atlantic, or Asiana 214’s botched landing in VMC at San Francisco or a host of other less notable incidents and accidents from both airlines and GA.)

That said, who can really blame Mooney’s new Chinese ownership. They most likely are trying to build a trainer that they can sell in the developing markets in Asia, and high-tech certainly appeals. But isn’t it a disservice to the student trying to solo to have to digest all that fancy stuff on the panel at the same time?

I’ve got the answer. Those fancy panels are but computers, and computers are flexible beasts, given the right programming. Just like modern simulators that can adopt any of a variety of configurations or personas on command, why not have a mode in those “basic” technically advanced trainers that hides all the technical advancement and just presents the student with the minimal information they need to learn to fly. If it did that I wouldn’t even have grounds to crow about my winter training, hand propping the airplane, shoveling snow off the runway, hand pumping fuel from barrels…