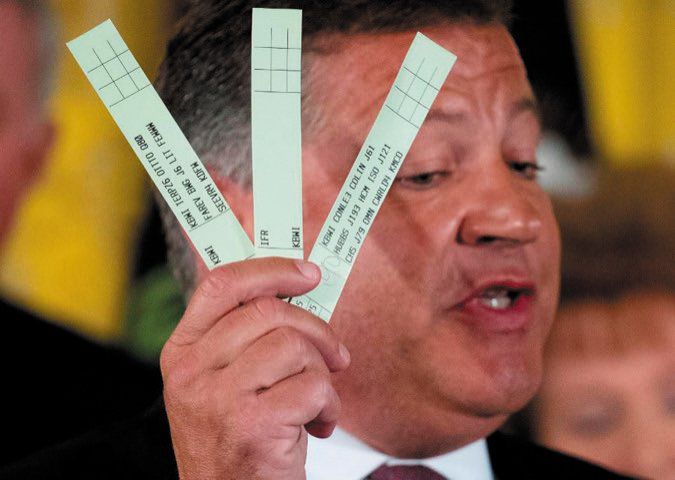 With each new budget impasse, it seems there’s a concerted effort to pass a law divesting ATC from the FAA to turn it over to a private Congressionally-chartered nonprofit corporation. Congressman Bill Shuster (D-PA), the powerful chairman of the House Transportation and Infrastructure Committee offered two bills, HR 4441 in 2016 and HR 2997 in 2017. Fortunately, neither bill came to a vote because there was insufficient support.

The driving force behind the effort was Airlines for America (A4A), a lobbying group of eight U.S. airlines and Air Canada. Politico, a political journalism company, reported that Shuster was dating Shelley Rubino, then a top lobbyist at A4A, and they were seen poolside in Miami with Nick Calio, A4A’s president.

User fees—separate but inevitably linked—were last proposed in 2016, but prohibited for GA in the 2017 bill. That and other GA sweeteners failed to sway opposition from over 200 aviation organizations. It doesn’t take a genius to guess what’ll happen to GA in an ATC system run by a committee of airlines.

Proponents saw a window of opportunity last June when the president called the air traffic system “an ancient, broken, antiquated, horrible system that doesn’t work.” That was news to pilots everywhere and a slap in the face of the people who work so hard to make ours the safest airspace in the world.

The article on page 16 was based on the statements of the most objective, well-versed and respected experts we could find. Nonetheless, we found fudged numbers, misleading statements and disinformation everywhere.

One giant red herring was the president’s claim that ATC is obsolete in part because “controllers must use slips of paper to track our thousands and thousands of planes that are up in the air.” Congressman Shuster waved a bunch of flight strips to make his “point.”

The president’s statement contained a grain of truth and a lot of heresy. True, with today’s paper strips, tower controllers must physically hand a flight progress strip from controller to controller, whereas an electronic version is distributed automatically. His statement is incorrect and inflated because flight strips are used by towers to manage surface operations, not “track thousands of planes that are up in the air.”

Even if the House passed a privatization bill, it would likely fail in the Senate. The Senate Appropriations Committee rejected privatization in the fiscal 2018 budget. The bill would ban the use of funding “to plan, design, or implement the privatization of the air traffic organization functions.”

The Committee refuted the president’s claim that the previous administration “didn’t know what the hell they were doing.” They noted that “the FAA is continuing to upgrade the system and that airspace improvements have already provided $2.7 billion in savings, a number that is projected to increase to $160 billion, at a cost of $35 billion.”

Yet still the specter of privatization and user fees is our sword of Damocles.