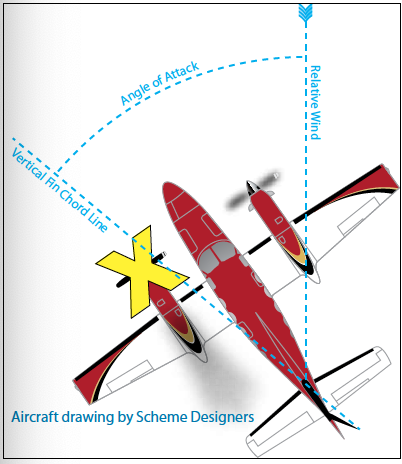 “VMC Analyzed” in September 2020 by Bob Teter was excellent and triggered some memories for me.

I left the Air Force in 1963 after flying the C-135. I took all my paperwork to the FAA, expecting to leave with a B-707 type rating. They granted me a multi-engine, instrument, commercial rating, but withheld the type rating, saying that the Air Force checkrides do not include a V1 engine cut. It’s true; they deem it too dangerous.

by Delta. After about six months as a DC-6/7 flight engineer I was invited to join the Training Department as an instructor. There I really learned about VMC hazards. In those days, the airlines had no simulators; all training, including V1 engine cuts, was done in an actual airplane.

The DC-6/7 had no hydraulic boost for the controls, so an engine failure with a windmilling prop required substantial effort. We quickly learned to adjust the seat and rudder pedal positions so that full rudder was available with our butt firmly planted against the seat back and our knee locked. A strong man trying to hold full rudder with a bent knee would quickly tire and begin shaking, unable to hold the rudder as needed.

I got my DC-6/7 type rating in 1966 and the checkride included a 360-degree circling approach at 500 feet AGL with both engines out on the same side. Somehow I managed, so long as I kept the airspeed above 135 KIAS.

One of my duties in flight training was three-engine ferry flights. If an airplane had a sick engine away from a maintenance base, we’d fly it back. Because the R-2800s in the DC-6 were more durable than the R-3350s in the DC-7, DC-7 ferry flights were far more common. I actually have more time in DC-7s with three engines than four!

The point of this is that all multiengine aircraft have VMC issues that are waiting to kill you if you haven’t trained to recognize the edge of loss of control. Some aircraft have nastier habits than others and some present more subtle cues than others. Do you know your airplane’s cues that it’s approaching the edge beyond which you’ll likely die?

I’d like to offer a suggestion. After my (late) wife (B-727 captain) and I retired, we continued flying light twins and charter in a Navajo. I’ve f lown the C-310, Seneca, and Baron. No checkride ever dealt adequately with an engine loss at V1, so we did the training ourselves.

My suggestion: Fly out to a practice area and climb to at least a few thousand feet AGL, then set up various scenarios (takeoff, climb, etc.). Set power for the scenario you’re flying, then slow toward VMC. Pull power on one side and control the yaw. Continue slowing, feeling for the edges.

Oh, do you know how to recover from a spin? Better work on that first!

The idea here is to learn how your airplane behaves on the edge. Once you’ve been there, done that, felt it, you won’t be totally surprised and end up freezing the day it happens for real. Add this to your unusual attitude recovery.

My father warned me long ago, “Never marry a person until you’ve seen that person’s behavior when really mad.” I’d add an aviation corollary, “Never fly a multi until you have seen its behavior on the edge.”

We wish to begin by apologizing to Captain Farquhar for our belated publishing of his letter. Almost all of our correspondence comes to us by e-mail, so when his U.S. Mail letter arrived, we set it off to the side to manually handle later, and subsequently overlooked it.

Captain Farquhar makes some superb points that should not be overlooked. Thank you, Sir, for your letter.

I am a long-time subscriber and avid reader of IFR—The Magazine for Accomplished Pilots. I enjoy it very much. But, I wonder if it is possible to read each issue of the magazine online?

It would be much more convenient to me to be able to access each issue of the magazine on my iPad or on my iPhone, both of which are with me almost all the time. Frankly, that would also make it possible for me to enlarge and better study some of the charts and illustrations too.

And, I suppose, you might save some money if at least some of your subscribers prefer an online version in place of a printed-and-mailed version.

Go to IFR-Magazine.com. Subscribers can view or download each issue electronically, search the archives for that article you remember but can’t quite find, etc. Access is included with your subscription.

Also, online only subscriptions are available for those who prefer not to even get the paper magazine.

In your May issue, Editor Frank Bowlin’s Remarks about expanding one’s comfort zone included the statement, “You can’t expand your comfort zone from inside it.”

I’ve gotten a lot of mileage out of that quote and the entire piece, explaining to others that to grow, one has to step outside your comfort zone. While it’s certainly true in the context you shared about moving up to a more capable airplane, I’ve found it resonates in all aspects of my life—in aviation, business, and even with my kids! That one little nugget was worth the subscription for the whole year, and beyond!

Keep those nuggets coming; love it.

One of the most challenging aspects of most editors’ jobs is writing an editorial every month. It’s nice to know that those efforts occasionally hit the mark.

The April 2021 Chart Clinic, “KMFR LOC/DME BC-B,” was another superb article in your always-excellent publication. But… 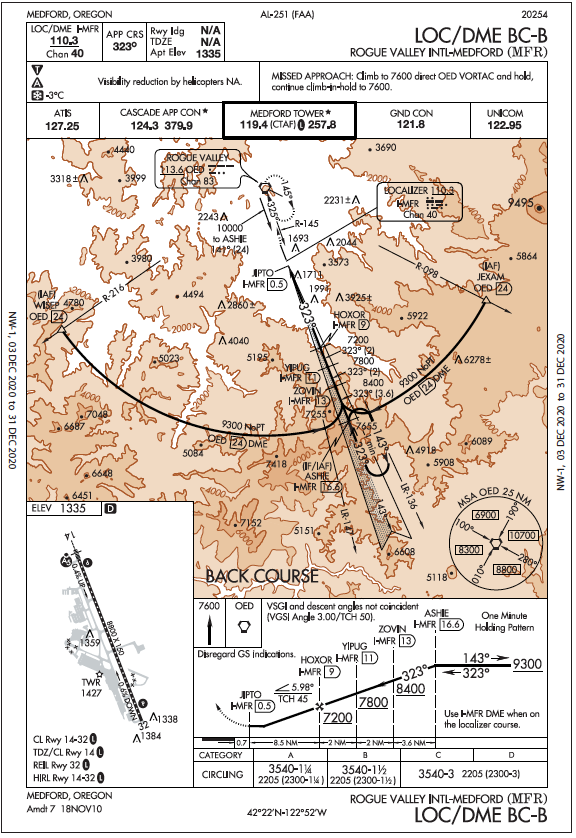 Am I missing something, or did one of us do “creative” math..? (Or perhaps that was a typo.)

Aw, Philip, couldn’t you have just ended your note after the first sentence and let it be at that? We like compliments and they’re ever so much easier to handle. No?

Well, given the choice between not knowing how to add or making a simple typo, we’re gonna go with the typo.