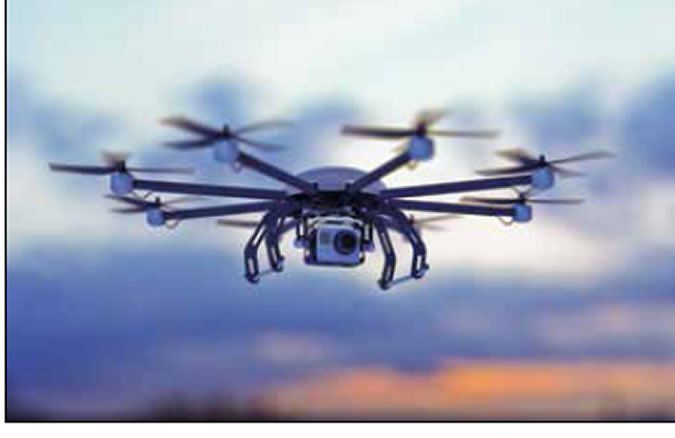 You Should See This

I read with some dismay, Jordan Miller’s article “FA Swan Song” in the July issue.

I’ve spent many hours in a hotel listening to the briefer from “1-800-VFR-not-recommended” drone on about places I couldn’t visualize while simultaneously trying to grasp the big picture. There has to be a better way, and the answer is simply not to get rid of the FA.

Nav Canada has found this better way in their “Graphic Area Forecast.” Go to “www.flightplanning.navcanada.ca” and call up the “Graphical FA” from their menu page. This popular picture is worth a thousand words up here.

Don, I agree with your assessment and a picture being worth a thousand words. Demise of the FA isn’t getting enough press, and it certainly doesn’t seem to be leading to a suitable replacement like Nav Canada’s Graphic Area Forecast.

This is a terrific weather product that we’d love to show here, but unfortunately Nav Canada’s products are copyrighted. A quick visit to that web site, though, will show a great weather chart that the FAA could use to replace the FA. —FB

Yes, We’re On the Web

I received my magazine today; however somewhere in the mailing process pages 23/24 were partially destroyed.

I don’t need the complete magazine obviously—can you simply e-mail me the two offending pages?

First, if you would like a replacement, Belvoir customer service will gladly correct any delivery problems. (See the “Contact IFR” box that’s always on one of these two “Readback” pages.) Subscription matters should still be handled as per the information that’s always on the inside-back page.

However, if all you really want is to see the pages, you should be able to see/get the pages off the web site, http://www.ifr-magazine.com/.

I can’t believe people are calling for more regulation about drones so they don’t interfere with “Real Airplanes Like We Fly.”

We all know the old saying about getting what you wish for.

The numbers of drone owners is growing to dwarf us “Real Pilots.” With numbers comes political clout. I can envision a time when DronePAC—a consortium of commercial and private owners—convinces lawmakers that the public would be better served by reserving most airspace for remotely-piloted vehicles, relegating those wealthy playboys in their private planes to their own tiny part of the sky where they don’t interfere with the general public.

So instead of recoiling from these “toys,” we’d be far better off engaging and using our considerable knowledge to educate and help craft reasonable rules we can all live with. This, before the FAA steps in with its own mandates and, as the old saw goes, ensures that nobody’s happy.

That’s a great idea in principle, but probably (if you’ll pardon the pun) won’t fly in practice.

Remember CB radio? It started with amateur radio operators reaching out to various groups to explain the availability and purpose of the new Citizen’s Band, and to demonstrate and train on proper radio use and procedure.

Initially, that was a success. However, once they’d reached the diligent few willing audiences, as CB continued to catch on, it quickly degraded into complete chaos, ultimately popularized in the Smokey and the Bandit movies.

The same thing will likely (already has?) happen with drones. Initially, the drone operators were either serious, conscientious hobbyists who largely could be regulated, or even professional operators. While we have some trouble even from those corners, the real problem is emerging from the general public.

Take the recent spate of troubles in California. Many firefighting operations were suspended over wildfires due to errant drones. Those weren’t malicious operators deliberately interfering, but instead were curious people ignorant of the rules.

The general public still largely views GA as rich folks with expensive toys, so they’re not likely to pay much attention to any whining we’d do. No, the problem really must be addressed through regulations (with some assistance from industry stakeholders), much as has been successful with seatbelt use in autos, responsible drinking and even with tobacco use.

In July’s Killer Quiz “Hurry Up and Go” question 7’s “…resume the Anaheim Five Departure” opened up a whole can of worms with the guys (military, commercial and GA/private) at the hangar. One would never believe such a simple instruction would cause such an uproar as this did.

One thought it instructs you to intercept the SLI R-058 (which is V394), proceed to SLI, pass over SLI and then reverse course back onto SLI R-058 and proceed onto POXKU—all per the procedure instructions.

Another said you should intercept the SLI R-058 (which is V394) and proceed to POXKU, reasoning that the controller vectored you to capture the V394 (not SLI) with an altitude, so “resume” means going direct to POXKU after joining V394.

One even said you simply join V394, go to SLI and hold for further instructions.

Please clear this up.

We aviators often dig too deep; the simple answer is usually best. Regardless of how you get started on the departure, your clearance is over POXKU, BAYJY and DARTS. Right?

Instead you were given a heading to join the departure out of town. Thus, the expectation is to fly north until intercepting the SLI 058R (V394 and the Anaheim Five Departure) and then navigate via the departure procedure away from the airport (to POXKU).

(I’ll pause here a moment to claim that the procedure is poorly written. It’s likely that in the history of this procedure ATC has never taken an eastbound or northbound departure all the way to SLI. That would be reserved for the Ventura transition, but you’ll note there that the vector is to LAX, not SLI.)

(So, it’s highly unlikely that anybody ever flies over SLI on this departure. Even on the LHS transition, if you went NORDO on takeoff, you’d be on a heading of 332 and would just intercept and proceed as we just discussed, not head back to SLI.)

Holding at SLI? Yikes! You weren’t given a clearance to, or limit of SLI. There’s no hold depicted at SLI. The text, even if you were told to fly to SLI, tells you then to fly your assigned route. Last, these procedures are routes to fly, so ATC will never expect you to hold unless explicitly told to (although there may be holding fixes depicted for that possibility).

On a practical matter, if I got the vector/instruction as listed in the question, I’d probably notice that the heading of 360 took me almost directly at POXKU. If so, the quick zig-zag intercepting V394 just before would be a bit of a problem. If the difference were under a mile (It looks like it might be.) I’d probably adjust course or request to go direct POXKU to make the intercept/join easier. —FB