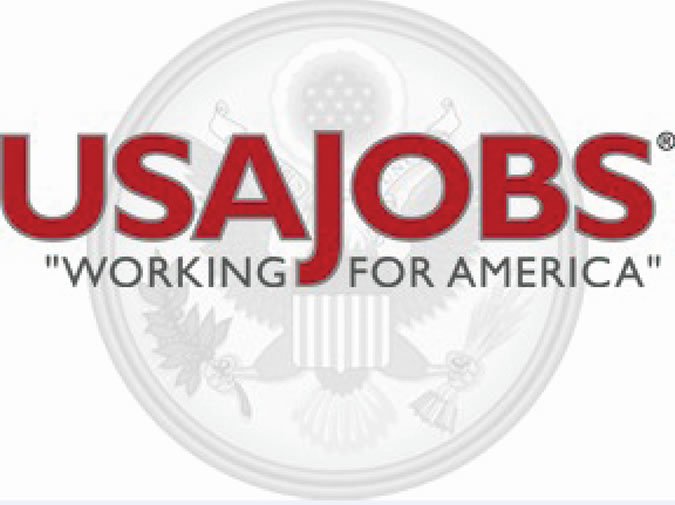 Many groups tour our control tower and radar room every month. We’ll host everything from students with instructors, to airline, military and law-enforcement pilots.

Pilots and controllers work with each other constantly over the radios, but often the other side of the mic is a mystery. When we meet, we swap “there I was” stories, ask each other questions about why we do things and trade tips on how to work better with each other.

We’re often asked how we became controllers. It’s not an obvious course. Aviation magazines are full of flight school advertisements promising complete “Zero to Hero” programs taking a student pilot from the Private Pilot certificate up to ATP. Similar ads for ATC training are rare.

Like a pilot’s path to a career, a controller’s can be a lengthy one. The job itself is unpredictable and often fun, but from day one, it challenges an individual’s abilities, character under pressure and commitment to doing a good job for both themselves and the flying public.

The actual hiring process is continually evolving and may well change again soon. The primary entry points used to be via the military or an FAA-approved collegiate training initiative (CTI) university with an ATC bachelor’s or associate degree program. You paid your tuition or your service dues and it gave you a solid foot in the door.

That’s all changed. Beginning in the late 2000s, the FAA opened the door to small numbers of “off the street” hires to meet staffing demands—no aviation background required. CTI and military were still given preference. Now, the pendulum has swung completely the other way. In February 2014 and 2015, the FAA posted a general job opening on USAjobs.gov, open to anyone with any kind of background.

Tens of thousands of people applied each time, with less than 2000 being hired each round. The FAA can only train and place so many people within a year. Those not making the cut can apply each year afterwards, until reaching the maximum hiring age of 31.

While this open-door policy might frustrate those who carefully laid out a college or military path, in the end, an aviation background doesn’t guarantee a thing. I’ve trained dozens of controllers. Some of the best were well-motivated, off-the-street hires who initially couldn’t tell a Cessna from a Boeing.

If there’s a similarity between controllers and pilots, it’s that the good ones are always learning, always striving to improve. Most line controllers don’t really care if a trainee’s only pre-FAA experience involved a GED and the golden arches. We just want to know if they are willing to learn and able to do what the job demands?

To answer that question, the FAA set up numerous checkpoints on the road to becoming a controller, similar in concept to what pilots go through. As a caretaker of the public trust, each candidate must first pass a number of background, basic aptitude, medical, and psychological checks. Controllers handle a lot of sensitive military and civilian law enforcement operations daily, so these background checks are critical.

Once approved, the prospective controller is still months from an ATC facility. To get the disparate new hires (collegiate, military, off the street) all on the same page, the vast majority must pass the basic ATC training program at the FAA’s Mike Monroney Aeronautical Center, located on the western boundary of Oklahoma City’s Will Rogers Airport.

“The Academy,” as most of us call it, trains both tower and radar controllers. New hires are randomly assigned a date for either a radar or tower class, each containing about 24 students. The initial portion of each two- to three-month course is essentially a ground school. At its core is FAA Order 7110.65, the FAA rulebook that governs ATC. Along the way, multiple written exams concerning airspace, weather, separation requirements, wake turbulence, and much more must all be passed.

“Book learnin'” accomplished, students move on to simulation scenarios. Tower students learn to operate a virtual Class D airport with three runways and GA traffic, airliners and vehicles. Radar students are further divided into those slotted for Terminal Radar Approach Controls (TRACONs) and Centers. Those going to TRACONs sequence in and out of the simulated main airport and outlying fields, while Center students are trained to work the large, high-altitude airspace above the virtual TRACON.

The Academy’s mission isn’t to craft a final product. It filters out the candidates lacking the potential to make it in the field. At the end of the course, the prospective controllers must pass a performance assessment (PA), essentially the ATC version of a practical test. These simulation scenarios include a bit of everything the candidate has experienced, testing their skills, judgment and grasp of the rules—comparable to a student pilot’s pre-solo stage check.

A stage check isn’t looking for the student to be the best aviator to ever grace the wild blue yonder. It’s looking for basic competency and good judgment. Forget something important, do something reckless, or neglect to correct a critical error, and it’s a no go on the solo. If an ATC candidate fails the PA, he goes home, jobless.

The PA really tests a prospective controller’s character. The night before my Tower PA, I got severe food poisoning and was in so much pain I got no sleep. Still, I knew that if it didn’t go well, my family and I would have a very different future ahead of us. I toughed it out and passed the PA on the first try. I also remember the very real anguish of those who didn’t make it.

Leaves in the Wind

New hires used to apply to and know right up front which ATC facility they’d be going to. Now, there’s no pre-assignment. Students receive points for their written and practical test performance. At course completion, the class is presented a list of available controller openings system-wide. Whoever scored highest picks first, then the number two candidate, and so on. This makes it far more competitive. They then have only a day or two to report to their facility.

The road ahead for these new developmental controllers—or “devs” as we call them—is unpredictable. The standardized environment of the Academy doesn’t exist in the field. There are ATC facilities of all sizes and complexities, each different from the others in airspace, terrain, weather, traffic, employee numbers and even culture. These variances echo in their training programs.

Bigger control towers, the Centers, and many large TRACONs have highly evolved training programs featuring a staff of “ground school” instructors and a battery of graded simulation scenarios designed to get the new arrivals up to speed on local airspace and procedures. Certain high-intensity places like New York Approach, won’t even let an employee talk to a real airplane unless they pass their simulator program. They have incredibly high standards, because their complex operation demands them.

The smaller facilities aren’t pushovers either. They just don’t have the staffing or budget for simulators and dedicated classroom instructors. Either certified line controllers or management will teach the ground school. Devs at all facility levels are expected to self-study like crazy. They must memorize control procedures and hard data like frequencies, approaches, airspace diagrams and fixes. The more they commit to memory, the easier their training.

Even during the “ground school” phase, devs are gauged by their controller peers. Are they motivated? Do they keep their nose in the books, or do they lie about in the breakroom all day? Do they ask good questions? Do they act like know-it-alls, or are they willing to learn? It’s hard to shake a first impression, and the trainees that make a really bad one may struggle down the road. Of course, the real test comes when they start training on the operational floor.

Like learning to fly, ATC training is a progression. It’s baby steps at the beginning. Before transitioning to the operational area, a new developmental is first assigned a training team, featuring primary and secondary instructors overseen by a supervisor. They’ll discuss the facility training requirements and their expectations for the trainee.

To become a Certified Professional Controller (CPC), the trainee must be checked out on every position in his area of responsibility. A small tower, for instance, would have three positions: Clearance Delivery, Ground and Local (what pilots call “Tower”). Approach controls and Centers have a variety of radar positions. Each position is allotted a certain number of training hours based on its complexity. For instance, Ground and Clearance may each get 70 hours, while Local could get 170. The newbie is expected to certify on those positions within that time.

With the training team established, it’s time to plug in and start working live traffic. One instructor plugs in with the trainee each session. Ideally, they’ll get at least four training hours daily. On initial sessions, there’s lots of hand-holding as the instructor guides them through each traffic situation’s phraseology and procedures. Balance is key here. The instructor must allow the trainee to learn from experiences and mistakes, and—when things get to be too much—step in before the traffic flow gets disrupted. Over time, the instructor starts pulling back, letting the trainee figure things out and build confidence. It’s a rewarding experience, almost like watching a child learn to walk and talk.

When the instructors think the trainee is ready for certification on a position, the training team supervisor will plug in and observe. If all goes smoothly, the trainee gets certified. It can take months or even years for a trainee to get fully certified on all positions in a facility. It depends on both the individual trainee’s aptitude and the complexity of the airspace and traffic. One key to success is consistently showing progress and a good attitude, no matter how long it takes. It’s a marathon, not a sprint.

What if a trainee doesn’t certify within the allotted hours? He’ll probably go before a training review board, where an outside party reviews the trainee’s performance reports and interviews the training team. Was the trainee progressing nicely and suddenly hit a rough patch, or did he not get consistent or fair training? They might recommend an extension. On the other hand, if the trainee was falling well short of standards, or had already been granted some time extensions, he may be transferred to a lower facility or even face termination.

As I said earlier, a good controller is always learning. That’s especially true when a certified controller transfers to a new facility. He’s a trainee again and repeats the whole training process—ground school, simulators if available, training team, on-the-job training. Of course, his prior experience should help, but he still must learn the local procedures. It’s like a pilot getting rated in a new aircraft; many of the concepts still apply, but there’s a lot that’s different.

Wherever you hear a certified controller on frequency, you’re listening to the result of considerable training and experience that put them to the test before they were even allowed to pick up the mic. We controllers take pride in what we do, and when we train someone we want them to represent our profession well. There will always be variances in individual skill levels, but each new controller still had to earn something very significant: the confidence of his or her peers.

Tarrance Kramer enjoys training new controllers, and takes great pride in helping them get certified and move on to teach trainees of their own.

Do You Know ICAO?