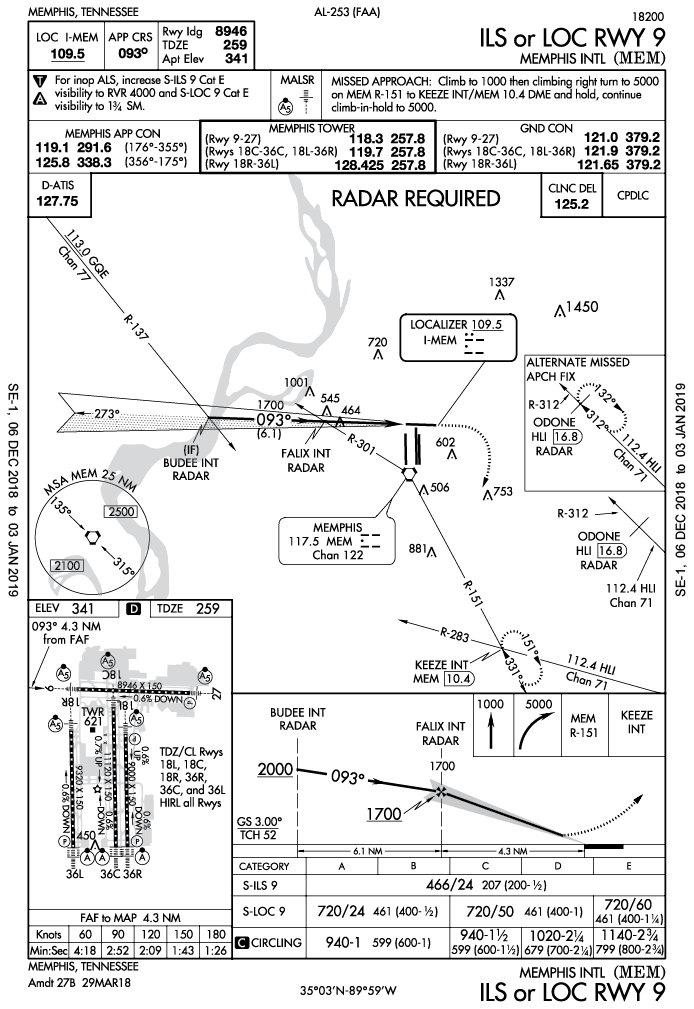 I’d like to see a concerted effort made to remove “to” and “for” from communication. After all the word “nine” was replaced with “niner” to avoid confusion with the German for “no.”

Many pilots try not to use “to” and “for” in communications with ATC. With a little bit of creativity and awareness, you can do it. With use, it doesn’t even sound wrong. This results in communication accuracy and usually a bit less time transmitting.

I had not seen any warnings about this issue with Garmin GPS approaches and thought a note to the readership was in order.

We planned a trip from a business meeting in Orlando to Blacksburg, VA for her birthday. Snow and low ceilings caused us to opt for a landing at Roanoke (KROA), where we were assigned the RNAV 24 approach.

Imagine our surprise when the approach, which is listed in our Foreflight TERPS, could not be found in the G1000 database. We had the VOR approach as an alternate but ceilings turned out high enough for a visual.

Querying Jeppesen, we learned that Garmin regularly omits some GPS approaches for its units for a variety of reasons and recommends reviewing its list atfly.garmin.com. In case of an unplanned diversion that’s not much help, but at least I’ll look for exclusions along planned stops and alternates on my next trip!

We got a quick response from Garmin. It’s actually a bug in the underlying approach data, but that apparently ongoing bug is now handled by the navigator’s operating software.The reported issue doesn’t have anything to do with database capacity. The issue began when some IAP’s with LP lines of minima were coded with a Vertical Descent Angle (VDA) of 0 degrees. Software did not expect this as the IAP’s are not supposed to be coded with VDA=0.If the IAP has no VDA (noted as ‘Decent Angle NA’ on the chart), then the navigator can fly the approach as an LNAV-only without vertical guidance. If the IAP is coded with a VDA of zero, Garmin makes the approach unavailable from the database. Later software corrects this anomaly and restores the IAP’s with VDA=0.Note that there was a Service Advisory Garmin sent out in 2013 when the issue was identified and they started to filter the affected IAP’s from the Navigation database.The list of excluded procedures are maintained on Garmin’s web site at:avdb.garmin.com/docs/garmin_data_exclusions.html.Here’s the takeaway: Keep the operating software up to date on your installed equipment. With the G1000, though, this can be a bit problematic. The G1000 is installed equipment per the original manufacturer’s type certificate (TC). Consequently, software updates need to be approved as part of each individual TC. So, although Garmin can issue them, it’s up to the airframe manufacturers to get them approved for use on their types.Check with your avionics shop. It’s entirely possible that this software update is available. If it isn’t, your only real recourse is with the airframe manufacturer.

I enjoyed the “Report Leaving” article in February, but found the segment on the approach to the ILS 09 at MEM ambiguous. When ATC said to turn to heading 110, cross FALIX at 1700 cleared for the approach, you are not on a published segment of the approach yet.

There are two ways to join an approach: 1. Vectors to final, or, 2. via an IAF, either to that IAF via an arrival segment (feeder route), or a clearance direct to the IAF.If you’re going to fly the approach from an IAF, the altitudes are published so need not be given unless you’re off route (direct to the IAF), in which case you’re given an altitude to maintain until that IAF. Further, once you’re cleared for the approach and on an approach segment, you’re expected to follow the vertical and lateral guidance as published.In vectors to final, you’ll be given four items as part of your approach clearance:1. Position, usually relative to the FAF2. A heading to maintain (It’s understood that the heading is to intercept final if there is an approach clearance coming. If there is no approach clearance, you’ll get an intercept and track instruction or notice that the vector will take you across final.)3. An altitude to maintain (If a clearance is forthcoming, the altitude will be until a point on the approach.)4. A statement that you’re cleared for the approach.In your case, I’m assuming you got all of those. You should have flown heading 110 until intercepting (and tracking) final. You then have lateral guidance from the approach. Follow it. Next, you were given an altitude to a fix. Since your heading would result in intercepting final in the intermediate segment, you have no explicit altitude guidance until the next fix, FALIX, coincident with the FAF. So, you were given that altitude to maintain until FALIX. After that, follow the vertical guidance on the approach.All that is pretty consistent with your expectations except you were never instructed to actually intercept and fly the localizer. That instruction is inherent in receiving vectors to final and getting cleared for the approach. In many instances, you’ll get all of the above except the actual approach clearance, in which case they will add the “intercept” instruction since, without the approach clearance, you have no guidance beyond the vector. This might be necessary for a variety of reasons having to do with traffic, weather, airspace, etc. The controller fully expects to give you the approach clearance without any delay; s/he just can’t give it to you at that point.When a controller issues you a vector, that controller is responsible for your terrain clearance. So, s/he must assure that at your assigned altitude(s) and course you won’t hit anything. In your scenario, the controller did nothing to keep you at your present altitude, so you are, indeed, cleared to descend to 1700 feet immediately.Also, note that the instruction will almost always be to cross the fix at or above the stated altitude, but a crossing at the single altitude is not unheard of (typically because you’re under an airway or some other approach/departure path that will have a restriction to keep that traffic above you). You listen for and hear the difference.Had the controller wanted you to do as you suggest you should, s/he’d have said, “Maintain 3000 until on a published segment of the approach. Cleared…”Note that any time you’re given a crossing restriction, unless explicitly stated otherwise, when you choose to start the descent (or climb) is entirely up to you. It’s a “PD” instruction (without saying, “pilot’s discretion”) so long as you meet the restriction.Occasionally, though, there is a need for you to descend now. You might get “Descend now and maintain 12,000. Cross DAFIX at 8000.” In this case, the controller wants you descending now to at least 12,000, but from there you can descend PD as long as you make it to 8000 by DAFIX. Occasionally, you might also just get, “Descend now to cross DAFIX at 8000” merely saying the controller needs you out of 12,000.