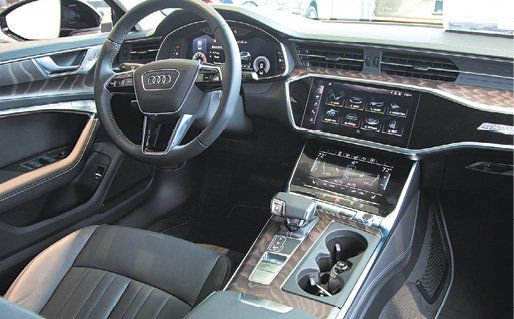 Before flying professionally, I spent 30 years in the computer industry. I’m an engineer by training and by temperament and I love technology. With all that you’d think I could hop into a rental car and turn off the radio. Nope. I was reminded of my grandparents who had a VCR—remember those?—that always blinked 12:00. Was I becoming that guy?

On a recent trip, the rental car agency was apparently out of the cheapo model I’d reserved and upgraded me to a nice Audi Quattro that was all one fancy computer. Gone was the radio with obvious knobs and buttons. Gone were the standardized levers and knobs to control the climate.

Instead, the car boasted multiple computer displays. One replaced yesterday’s speedometers and instruments. Another bewilderingly whirred horizontally out of the middle of the dash, then pivoted into a vertical position. This spaceship’s controls were an extensive array of buttons on the steering wheel and around the gear shift lever.

Okay, the gee-whiz factor was off the scale, but, I couldn’t operate the $%#&@ thing. Step one: turn off the radio. Unable. So, I just lowered the volume, but it mysteriously came back up the next time I started the car. And the next, and the next…

Step two: Set the clock that held no resemblance to the actual time of day. I fiddled with it for a few minutes and gave up after finding myself seemingly 50 layers deep in menus. I assigned the task to my wife, also an engineer and a pilot. She even got out the manual—a separate one for the “man-machine interface” but after a frustratingly long time, she was also defeated.

We were meeting my cousin, an engineering manager for a German technology company, so perhaps he’d have a prayer of setting this computerized Germanic clock. Accepting the challenge with grim determination, he pressed buttons and navigated menus until emerging victorious—after around 10 minutes of comments under his breath about the questionable heritage of the engineers who designed the thing.

I should stop here without mentioning the demonic climate-control system.

Does any of this sound familiar to pilots of technically advanced aircraft? Now, I don’t long for the days when dual nav-coms, a DME, an inop ADF, and an HSI meant “fully equipped.” But, I do wonder if the complex-and-getting-more-complex user interfaces in advanced avionics are causing accidents.

Should we need as much training on the panel as we do for the rest of the airplane? Shouldn’t those life-saving devices be as obvious to operate as an old radio with volume and tuning controls? Does each manufacturer need their own unique complex version of the man-machine interface?

The nave pilot in me hopes that the controls will ultimately be standardized and that we’re just in the infancy of that kind of systems development. But, the realist in me wonders if I am, indeed, becoming “that guy” who’d better hunker down and figure out how to set the damned clock for himself, because it’s only gonna get worse.